Our readers are the some of the smartest and most alert people out there. Yesterday, I wrote about a Washington State Supreme Court decision giving a well-deserved whack to the Community Environmental Legal Defense Fund (CELDF). A few hours later, Karen Orlando, one of our guest bloggers, a frequent commenter and a true environmentalist, posted a comment observing something I had not previously noticed; that among those listed as members of the CELDF Board of Advisors is an individual named Derrick Jensen. He’s there along with the charlatan Josh Fox, famous leftist Jerry Greenfield of Ben & Jerry’s and a host of other looney tunes favorites. Jensen, though, is a special case. He’s the spiritual leader of the Deep Green Resistance. 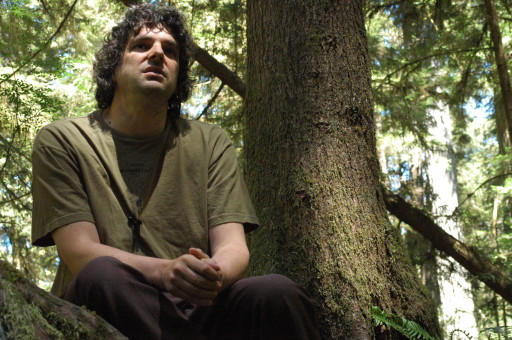 There’s no better proof of the CELDF radical revolutionary roots than Derrick Jensen being on its Board of Advisors. He is a fellow who thinks “human supremacism…is the biggest problem facing the world today” and gives his readers this revealing warning:

If only this were all there was to this narcissist, but there’s unfortunately much more. Here’s the basic philosophy of his Deep Green Resistance movement:

Civilization, especially industrial civilization, is fundamentally destructive to life on earth. Organized political resistance is the only hope for our planet. Our task is to create that resistance movement.

The group makes a point of saying it is “above-ground” and “non-violent” but that’s the wink and the nod that it is really a collection of revolutionaries intent on what they call “Decisive Ecological Warfare,” described here in a lengthy manifesto that uses examples such as the IRA, the Weather Underground, the Black Panthers and the “North Vietnam Communist Alliance” as its educational examples. Talking about whether he’s in favor of violence, he describes himself as “the everything guy, that [is] I want to put everything on the table.” 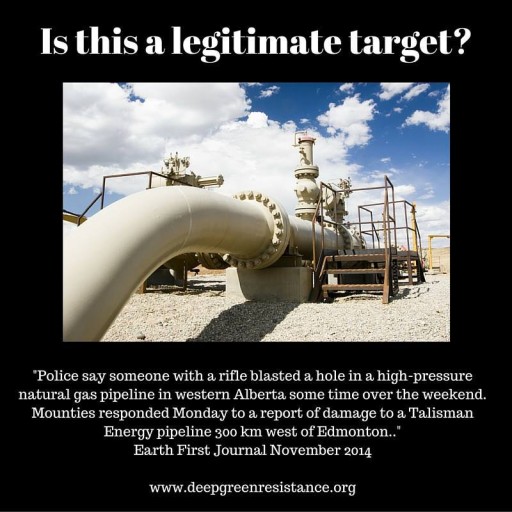 The “above-ground” claim is also contradicted by this “Underground Action Calendar” page on their website, the intro of which says this (emphasis added):

The Underground Action Calendar exists to publicize and normalize the use of militant and underground tactics in the fight for justice and sustainability. We include below a wide variety of actions from struggles around the world, especially those in which militants target infrastructure, because we believe this is the sort of action that will be necessary to dismantle civilization. Listing an action does not necessarily mean we support or stand behind the goals, strategies, or tactics of those actionists…

NOTE: We ONLY accept communications about actions that are already publicly known in one form or another. DO NOT send communiques directly to this email address. THIS IS NOT A SECURE MEANS OF COMMUNICATION…

The disclaimer about not necessarily supporting the listed actions is another wink and a nod, of course, belied by the warning at that bottom about avoiding giving away the game in communications (no “yahoos” please). What’s on that list? Well, check it out, but here are a few of the actions celebrated by the CELDF’s advisor and his group:

Well, you get the idea. Deep Green Resistance loves violence or it wouldn’t be advertising it and the CELDF apparently loves it, too, or it it wouldn’t have put this deeply disturbed egomaniac on its Board of Advisors. If you’re the Grant Township Board of Supervisors or any one of a number of other communities conned by the CELDF you ought to be thinking about this. Those of you who have funded this radical group (Heinz Endowments, Wallace Global Fund, et al) ought to be reflecting, too. You’ve been dealing with the devil.

9 thoughts on “The Radical CELDF and Its Deep Green Resistance”