It isn’t just us saying it; Penn State University has also noticed greenhouse gases are declining as natural gas production is increasing significantly.

Earlier this month I wrote a piece here noting the EPA data shows greenhouse gases are dropping in the Marcellus and Utica regions even as natural gas production grows. Now, Penn State University, my alma mater, says the same thing.

The US Environmental Protection Agency (EPA) released the 2016 greenhouse gas emissions inventory in August. The report provides a comprehensive accounting of GHG emissions by a variety of emitters including onshore oil and gas production. The individual basins can be analyzed as well as type of greenhouse gas (carbon dioxide (CO2), methane (CH4), nitrous oxide (N20), and/or various fluorinated GHG), emission ranges, and facilities. 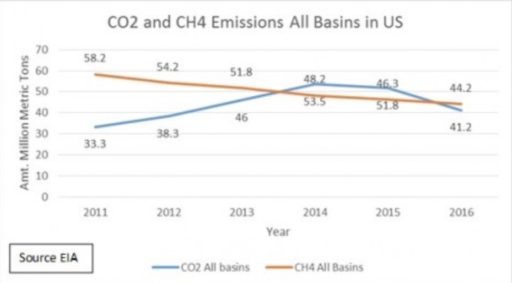 Over the past 5 years in the Appalachian Basin (the Eastern Overthrust Area per EPA’s reports), while natural gas production increased dramatically, the CO2 and CH4emissions have decreased. This may be attributed to the conversion of many power plants from coal to natural gas as well as increased monitoring and technology efficiency. 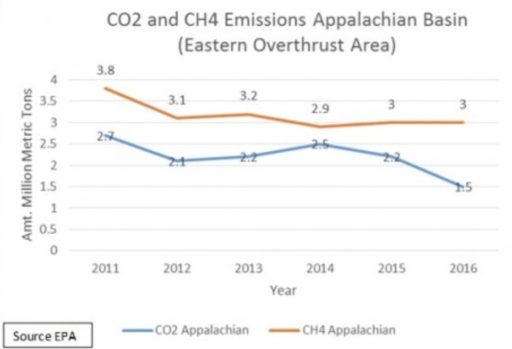 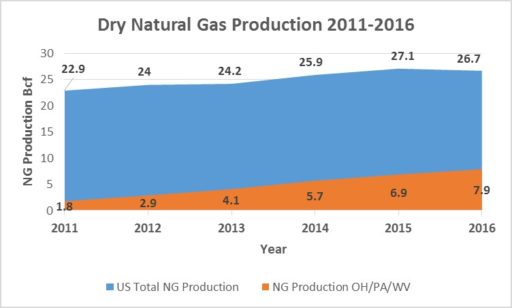 It doesn’t get much more clear, does it? Natural gas is the leverage that has allowed the U.S. to make more progress in reducing greenhouse gases while other nations have fumbled and failed, Germany being the prime example while punishing its residents with confiscatory utility rates. 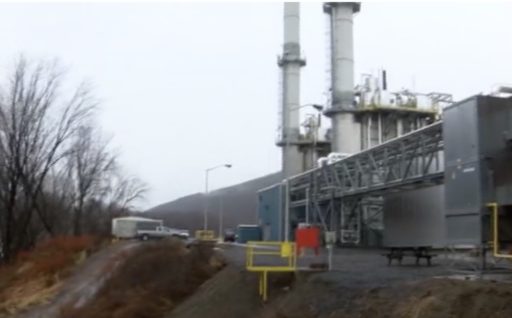