I have previously posted on the Transportation Climate Initiative and its disconnect with reality. To this point its promoters and stakeholders have labored in obscurity all the while believing that they have a mandate from the public to change the transportation system significantly.  Now there is a poll out claiming that the majority of the public supports the plan. 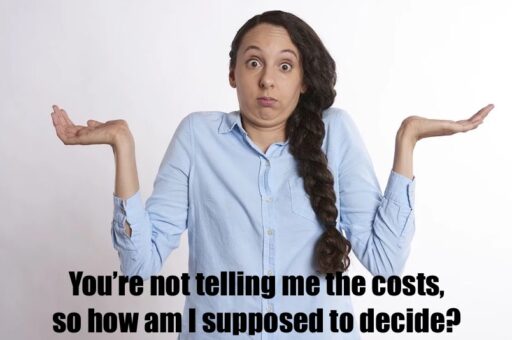 A new survey from MassINC Polling Group purportedly shows broad support for the Transportation Climate Initiative.  According to the press release:

A new set of polls of registered voters across the Northeast and Mid-Atlantic finds broad support for a multi-state policy to cap carbon pollution from transportation and invest in transportation improvements. That policy is currently being developed by the Transportation and Climate Initiative (TCI), a collaboration between 12 states and the District of Columbia.

The research surveyed registered voters in the seven largest states at the TCI table: Connecticut, Maryland, Massachusetts, New Jersey, New York, Pennsylvania, and Virginia. Overall, 66% of voters said they would support the policy, while 23% were opposed. Support ranged from a high of 71% in New York to a low of 60% in Virginia.

“This is a complex policy, and so we took the time to explain the basics of how it would work and how states might use the funds generated by it,” said Steve Koczela, president of The MassINC Polling Group, which conducted the polls with support from the Barr Foundation. “Support was broad, stretching across demographic and party lines and throughout the region.”

Across nearly every demographic group, more voters support than oppose their state joining in the program. Support was highest about younger voters (78%), non-white voters (75%), and lower income voters. Women (69%) were slightly more supportive than men (63%). The partisan gap was smaller than is seen on many issues in the current polarized climate, with Democratic support outpacing Republican support.”

Voters were also asked to rate several potential uses for the funds generated by the proposed program. While majorities supported each item, two rose to the top overall and across the seven states polled: improving public transit and protecting transportation infrastructure from the effects of climate change. Generally, investing the proceeds of the program in existing infrastructure was favored over seeding newer technologies like electric vehicles, targeting communities most effected by pollution, or insulating drivers from higher costs at the pump.

The polls also asked voters about their views of climate change:

Voters also understand that transportation is contributing to climate change. When asked to rank six sectors of their state’s economy based on their greenhouse gas emissions, 65% ranked transportation first or second.

Despite all this, only 48% cited addressing climate change as a “major priority” for state government in their state. More (64%) considered improving roads, highways and bridges a major priority, just below health care costs (73%) and jobs and the economy (71%).

The disconnect between voters’ professed concern about climate change and the priority they place on addressing it is consistent with other polling MPG has conducted on climate change. “We’ve seen in other polling on this issue that voters believe in climate change and support policies that would address it, though not always because of the link,” said Koczela. “They may not always rank climate as a top immediate concern, but they do support actions to address it.”

These results are based on a survey of 6,395 registered voters across seven Northeast and Mid-Atlantic states: Connecticut, Maryland, Massachusetts, New Jersey, New York, Pennsylvania, and Virginia. Responses were collected via online survey interviewing November 12-19, 2019. Final survey data was weighted to known and estimated population parameters for each state’s registered voters by age, gender, race, education, geography, and party. Each state was then weighted to its relative proportion of registered voters to create an “Overall” regional average. This project was sponsored by The Barr Foundation.

Steve Koczela, president of The MassINC Polling Group said “This is a complex policy, and so we took the time to explain the basics of how it would work and how states might use the funds generated by it”.  It is mind boggling to me that he never thought to include a question about costs.  Obviously if costs are low why wouldn’t everyone be in favor of “improving public transit and protecting transportation infrastructure from the effects of climate change”.

The published plan says that in December 2019 there will be a release of a regional policy proposal in the form of a draft Memorandum of Understanding (MOU), accompanied by modeling results that estimate the energy and emissions implications of different cap levels and investment scenarios, as well as potential costs and benefits of different program design options.  When it is released then there can be a poll that determines how much appetite the public has when they know potential costs.  Until then any poll is suspect.

I have one other problem with the poll itself.  I was unable to find details about the geographic distribution but because the only geographical categories listed were by state, I doubt that there was consideration of urban vs. rural.  The fact is that rural respondents are not going to rate improvements to public transit very high because it is of no value to them.

On the other hand, the gasoline tax increase needed to fund the TCI will disproportionally disadvantage anyone who has no choice but to use their personal vehicle.  For example, the National Household Travel Survey estimated vehicle miles traveled in 2009.  In the TCI jurisdictions urban vehicles mile traveled totaled 386.55 million miles, suburban miles traveled were 666.36 million miles, and rural miles traveled 703.38 million miles.  Failure to account for that geographic difference makes the poll suspect.

“Climate change is real. It is happening. It is accelerating. All over the world, people are experiencing its effects. And these are becoming more devastating every year—a trend that can be checked only through dramatic, global effort.”

I believe they got what they paid for.