The founders of our nation gave us constitutional law to ensure that every citizen of this country was protected from confiscation of property, among other inalienable rights.  We have occasionally taken heat for our support of some Republican candidates and politicians. Our response to that criticism is that we could find no candidates from any of the other parties who have been willing to support our right to benefit from the use of our properties.

With the restrictions levied upon our businesses and our livelihoods by overzealous regulators, many have been overcome with a sense of hopelessness, but now is not the time to give in to our fears and allow those who would exercise even greater control over our lives to succeed.

After 5 years of perseverance, the Wayne Land and Mineral Group has succeeded in having its lawsuit against the DRBC scheduled to be heard in October of this year.  Another lawsuit against the DRBC was just filed last month by the PA Republican Caucus and Damascus Township and the Wayne County Board of Commissioners has also recently joined the litigation on our side.

The Delaware River Basin Commission has voted to enact a ban on hydraulic fracturing but we fully expect a third lawsuit challenging that maneuver and news from Illinois suggests it would not only be successful, but could result in the DRBC having to financially settle with landowners at great cost to the agency. You can read all about it at:

DRBC Ban A Fatal Misstep That Could Make Landowners Rich

Illinois Landowners Could Offer DRBC A Lesson on Regulatory Takings

We are not giving up the fight for our rights and we need each of you to help win this battle for the property rights of all of us in the Upper Delaware River Basin.  Now is the time to join with us or renew your membership.  Together we can hold fire to the feet of the politicians to put an end to the theft of our property rights now and in the future.  We invite you to go to our website at udrbc.org and see what other contributions UDRBC has made to the upper basin. 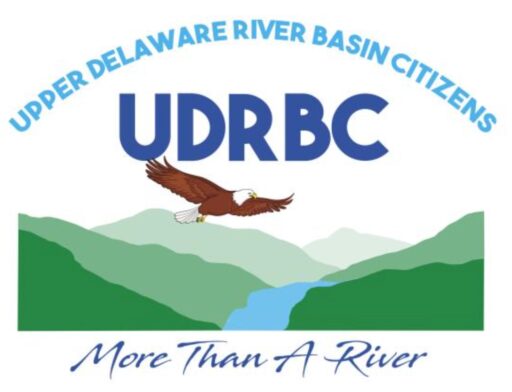 JOIN OR RENEW YOUR MEMBERSHIP NOW
BY CLICKING THE IMAGE!
MAKE A DIFFERENCE!

[Editor’s Note: I heartily endorse Ned’s message. The UDRBC is the bosom of opposition to the elitist campaign by the DRBC manipulators to steal our oil and gas rights and drive us off the land so they can have it as a wilderness playground. UDRBC membership sustains those efforts. It’s also important to understand we are winning! The latest maneuver by the DRBC to ban fracking was Plan B for them because they know they are going to lose in October and this pathetic effort will not stand either. That’s why every reader should be a UDRBC member and also supporting the WLMG lawsuit. Your oil and gas rights are worthless without that lawsuit and it only costs 4% of whatever you earn from them if the lawsuit restores their value. I did it and you should as well; each and every one of you! Contact me to learn how.]

3 thoughts on “Property Rights Are Our Mission at the UDRBC! Help Us!”