The oil price war now taking place is unimaginably good news for American’s and is all attributable to our shale revolution and the power of our innovation.

You may have seen the headlines being generated the past couple days by the oil “price war” going on in the Eastern Hemisphere, causing global stock markets to plunge. While consumers will benefit somewhat by the huge drop in oil prices, it also proves the United States’ emergence as a strong competitor in the global energy market as well as the importance of energy independence. 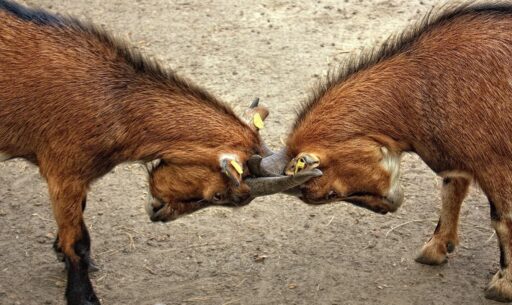 But first to explain the price war, which is largely between Russia and Saudi Arabia – two of the biggest oil exporters in the world. In a nutshell, given the two countries’ historical dominance in the oil industry, they formed the OPEC+ alliance, which is an agreement that basically fixes the price of oil to nice, profitable margins by restricting the amount of oil that energy companies within their borders can produce.

And since China, which imports more oil than any country in the world, is hemorrhaging energy consumption in the wake of the coronavirus, Saudi Arabia wanted to cut that production even more in an effort to make up for the new lack of demand.

Russia’s own Vladimir Putin, however, refused to agree to go along with the price fixing. But why?

Because Russia is scared of American energy.

“By yielding our own markets, we remove cheap Arab and Russian oil to clear a place for expensive US shale oil and ensure the effectiveness of its production,” said Russian state oil company Rosneft spokesman Mikhail Leontiv. It’s worth noting, of course, that America is now the number one oil producer in the world.

So, as a result of Russia’s refusal to play ball, Saudi Arabia decided to get huffy with Russia and subsequently flooded the market with oil, sending prices on a plummet.

It’s a big play for Russia, which apparently thought that the United States was a large enough threat to taking its customer base that it was willing to essentially lose money to try to ensure that American oil companies can’t get a market share and a seat at the table.

So while the price war will hurt exports of American oil, it only reinforces the fact that American energy is becoming a formidable competitor on a global scale, and that the United States should continue becoming energy independent to avoid the volatility caused by these spats. While the price is low now and that’s great for consumers, how long will that last? Besides, American energy purchased from American companies is obviously the best option for the American economy.

But hey, maybe New England will finally get a taste of the energy prices that it could have been enjoying all along if not for New York’s affinity for attempting to block every new pipeline under the sun (or ground).

While it remains to be seen how exactly the price war will affect U.S. oil producers moving forward – Russia will try not to blink before Saudi Arabia does – rest assured, this is not just about the coronavirus and “Russia vs. Saudi Arabia.”

This is about the American shale revolution.

Editor’s Note: Reading Johnny’s article I was struck by the contrast between where we are today, with an oil price war, and where we were when I was young, prices were soaring and the gas lines were long as we labored through a period of extreme vulnerability to foreign despots. We are here today because of price deregulation and the unleashing of American technology that led to the shale revolution. What’s even more astounding is that it had to be achieved in the face of fractivist opposition funded by special interests who had hoped itb would never happen and that they could ride the government gravy train into green money nirvana. The miracle happened is spite of those folks and that’s what makes America great.