The Boston Herald has written a spectacular editorial starkly explaining the risks of giving power to the green energy lobby. It is simply cold and darkness.

The Boston Herald has put out an editorial that says it all regrading the danger of following the advice of the green energy lobby on the path to cold and darkness. It is a common sense rebuttal of the knee-jerk political correctness that influences way too much of public policy made in New Jersey, New York and New England. It is a striking endorsement of natural gas. 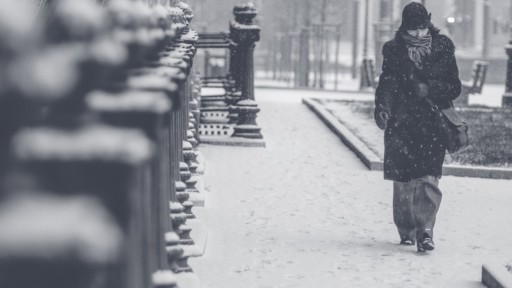 The editorial is impossible to improve upon and follows:

Service may be predicting a mild winter for New England and the rest of the country, but the folks at ISO New England know better.

Based on that prediction, you might expect the organization that manages the regional power grid and ensures a reliable flow of wholesale electricity for New England’s households and businesses might be in for a stress-free season.

However, ISO realizes that it’s only one severe cold snap away from a crisis situation, like the one that occurred last winter. The arctic air that blanketed the region couldn’t have occurred at a more inopportune time — during the Christmas and New Year’s holidays — when families gather and electricity consumption for interior and exterior light displays already registers above normal usage. During that period, due to this state’s and the region’s insufficient natural gas pipeline infrastructure, that energy source, also used to fuel electricity-producing power plants, had to be diverted to provide heat for homes. That forced those power plants to resort to less environmentally friendly sources, including oil and coal, to generate electricity.

The lack of natural gas supplies forced New England power providers to use twice the yearly average amount of oil in just weeks — 2 million barrels. In fact, ISO indicated that during this cold spell, that it was just one power supply disruption away from instituting rolling blackouts.

And for a time during this arctic vortex, officials said New England was paying the highest natural gas prices in the world, even though abundant gas supplies exist virtually on our doorstep.

That’s the price we pay for allowing the green-energy lobby — combined with a strong dose of Nimbyism — to dictate the sources of energy consumption. It comes home to roost when residents see the sticker shock of that reality in their electricity and natural-gas bills. Aware of the environmentalists’ resistance and the government’s reluctance to intervene, ISO New England, in its response to dealing with a similar situation, has determined that it’s not practical to build more natural gas pipelines, forcing the industry to innovate.

In other words, ISO must stand on its head to find creative ways to secure energy sources because it can’t access the obvious solution to another potential energy crunch — plentiful natural gas.

ISO New England, in addition to ensuring there’s sufficient fuel for power plants, is also exploring other power sources, such as hydroelectricity and electricity stored in batteries. But we all know these options, as well as wind and solar, can’t solve an immediate supply shortfall. Only natural gas can do that.

Far from falling out of favor, natural gas continues to be the preferred option. From 2000 to 2015, roughly 200,000 Massachusetts homeowners, mostly through conversions, chose natural gas as their primary heating source; it now accounts for 51 percent of residential heating, according to a 2017 report by the Northeast Gas Association.

So, Massachusetts consumers, just remember the next time you get your electricity or heating bill, that you’re being forced to pay a premium price for those utilities because we don’t have sufficient pipeline capacity to transfer the most popular and plentiful source of energy — natural gas — into New England.

Note that New England primarily means Massachusetts in this instance. There are still some  wise old New Englanders in places such as New Hampshire but in the Bay State most of it has been left to those who bay at the moon. That there are also still a few sensible folks left at the Boston Herald is welcome relief for all the noise of the others.

Hat Tip: Patrick Leary (who, by the way, is from New Hampshire).