Post Carbon Institute shill Brian Schwartz uses his perch at the Johns Hopkins Bloomberg School of Public Health to put out another shoddy attack on fracking.

Brian S. Schwartz is a fellow at the Post Carbon Institute. He’s also associated with the Johns Hopkins Bloomberg School of Public Health. He has used his position to push out one piece of junk science after another attacking anything to do with gas drilling or fracking. That’s no coincidence. Today, he released yet another junk science study suggesting shale development produces migraines, fatigue and sinus problems. 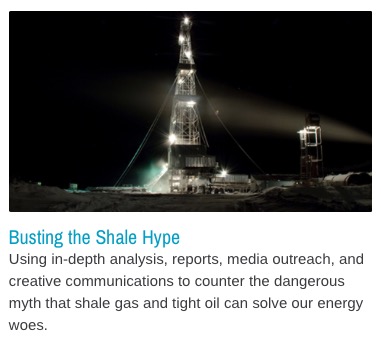 Brian S. Schwartz is a “health & peak oil” fellow at the Post Carbon Institute. Bill McKibben is also a fellow for “climate, ecology & economy.” The group puts out videos such as this one:

There should be no doubt. The Post Carbon Institute is a radical fractivist enterprise and Brian S. Schwartz, as a fellow, is a flack for it. But, here is what Schwartz’s latest study says about him:

Dr. Schwartz is a Fellow of the Post Carbon Institute (PCI), serving as an informal advisor on climate, energy, and health issues. He receives no payment for this role. His research is entirely independent of PCI, and is not motivated, reviewed, or funded by PCI.

Such disclaimers have the effect of proving the opposite, don’t they? No one is capable of  being “entirely independent” of an organization with such an explicit political agenda. No “peak oil” guy can be considered to have an objective position on oil and gas development. Attempts to suggest either only insult the intelligence of the reader. The study itself does the same.

Schwartz’s latest junk science attack on fracking, in fact, is one of those pseudo-academic reports intended to obscure the lack of evidence for the headline. It does so with scientific sleight of hand that’s not too hard to catch if you’re paying attention:

What we have with this study is something one finds in many ideological diatribes; too complicated to decipher formulas intended to create a scientific facade for nothing more than speculation based on preconceived beliefs. There is nothing there. Not only is there no evidence of causation, but the failure to consider smoking, highway traffic and urban development are fatal flaws. The map alone is the ultimate proof of its junk science status. The entire series of reports done by Schwartz and his cohorts is one continuous stream of junk science, in fact. It’s giving me fatigue. But, that’s what one might expect from the “peak oil” fellowFellow at the Post Carbon Institute, isn’t it?