DRBC fracking opponents have politically orchestrated the release of junk science intended to gin up public pressure on the Commission to vote for a ban.

Earlier this week, the Manhattan-based Damascus Citizens for Sustainability and other DRBC fracking opponents tried to whip up support for some junk science intended to push the Commission toward a fracking ban. They had a press conference yesterday in Trenton preceded by an article in the gentry class house organ StateImpactPA. They extolled a junk science report authored by a Virginia lawyer who has worked for fractivist outfits such as Earthworks and the Environmentally Working Group. Both the report and the reporting are part of a politically orchestrated campaign by these DRBC fracking opponents. 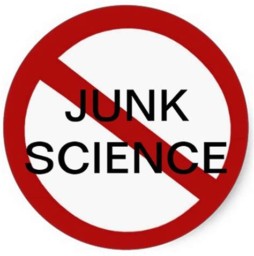 The report has the politically revealing and very unscientific title of “Keystone Secrets: Records Show Widespread Use of Secret Fracking Chemicals is a Looming Risk for Delaware River Basin, Pennsylvania Communities.” Here’s a highlighted version and one only need read the title and the highlighted sections to know what pitifully little credibility the report has.

Dusty Horwitt, the fractivist lawyer who wrote it (check out this video from 2010 to see him, at 49:00, doing the Dimock routine), cites such esteemed sources as himself. He also, several times, quotes Eliza Griswold, the author of a  fractivist diatribe entitled “Amity and Prosperity: One Family and the Fracturing of America.” She’s a gentry class journalist poet who repackages the story of  junkyard plaintiff Loren Kiskadden and friends and even mentions me three times, cites this blog and titles one of her chapters “Junkyard Plaintiff.” Her husband Steve Coll, is the Dean of the Graduate School of Journalism at Columbia University owes the funding for his job and work on the “ExxonKnew” campaign to the Rockefeller Family Fund.

Dusty lawyer also employs some rhetorical tricks typical of lawyers with poor cases, using lots of squishy terms such as “may” (20 times), “could” (19 times), “possible” or “possibility” (11 times), “might” (10 times) and “suggests” (7 times). The best example, though, is to found with this paragraph (emphasis added):

When disclosing individual chemicals to FracFocus, well operators in Pennsylvania must include among other pieces of information, each chemical’s Chemical Abstracts Service (CAS) number, a unique numeric identifier assigned by the American Chemical Society. Scientists and regulators consider them the best way to identify chemicals because chemicals can have multiple names or trade names but only one CAS number. A CAS number would enable a scientist to locate a chemical’s structure and to test for the chemical in drinking water, according to David Brown, a toxicologist who has investigated health effects associated with unconventional gas drilling with the Southwest Pennsylvania Environmental Health Project. Without a CAS number, it is difficult to know what to test for.

Get that? Pennsylvania requires CAS numbers that are the best way to identify chemicals. Moreover, in the next paragraph Dusty lawyer acknowledges that “when well operators designate fracking chemicals as trade secrets in required disclosures to the DEP, they must reveal the confidential CAS numbers to the DEP.” But, to create the false impression that CAS numbers are somehow not provided he says they “would enable,” as if they don’t currently enable. It’s the very definition of disingenuous.

As our good friend (and actual health expert) Sue Mickley notes, though, the game is really given away by this paragraph in the StateImpactPA echogram, as it dutifully reported the views of others fractivist outfits and somehow neglected to mention the report author is Dusty lawyer, not Dusty scientist:

Yes, this whole thing, from the junk science to the junk reporting is a politically orchestrated stunt timed to put pressure on the DRBC as it meets to discuss the fracking ban it subjected to sham hearings this Spring after already declaring its intentions. It is, as Sue notes, “overtrodden, unscientific” prattle about risk using a phony number that includes New York City residents who get their water from reservoirs upstream of any proposed fracking.

But, who is paying for this junk science and junk reporting? The Partnership for Policy Integrity, Inc. is just the latest name for a small tax-exempt non-profit headquarted in the woods of central Massachusetts. It has previously gone under the name of Biomass Accountability Project and the Project for Energy Accountability. All three names reflect fraudulent seriousness of the group, using meaningless terms intended to fool others into thinking it’s a non-partisan public interest group when it’s really a highly partisan special interest. The organization only took in $249,661 in 2016, of which more than half ($149,800) went to pay President Mary S. Booth, who’s the only officer identified on that year’s 990 return.

We know the group got $50,000 in 2015 from the Foundation for the Carolinas, which is yet another of the money laundering donor-advised funds that make following of the money deliberately difficult. We also know it got $20,000 in 2013 from the Civili Society Institute, Inc., which dispensed $1,891,000 that year to assorted fractivist groups while paying its ex-nun President, Pam Solo, some $724,097 in compensation and her assistant, Gail Pressburg $407,093 to do so.

On top of that, Pam Solo, the high-flying nun, paid Mary Booth, the current head of the Partnership for Policy Integrity, Inc. behind the recent junk science, a total of $124,800 in contract wages. She paid another $251,320 to #ExxonKnew lawsuit hustler Matt Pawa and $341,437 to tobacco, now fractivist lobbyist, The Hastings Group to do whatever it is they do, although it’s not prohibited lobbying, of course.

Pam Solo, using the overly generous financing supplied by trust-funder “artist” Sarah Lutz,  also ponied up support for the following well-known fractivist shills operating in the DRBC region  or nearby, including a total of $675,000 that year and more since to the following:

More recently, in 2015, the Heinz Endowments, funder of several of the Clean Air Council, the Delaware Riverkeeper a/k/a Povertykeeper and ShaleImpactPA, gave the Partnership for Policy Integrity, Inc. $30,000 to “mitigate and prevent environmental problems related to use of chemicals in shale development in southwestern Pennsylvania.” What do you suppose that might have been used to finance?

So, we see it’s all the same handful of malcontents, radicals and trust-funders, working together to do politics by twisting and turning science, reporting and tax-exemption rules inside out. This latest stunt is just another sick, detestable exploitation of the system to peddle the influence of very spoiled gentry class as they attempt to deny others the economic opportunities they’ve enjoyed.

UPDATE: Be sure to also read Nicole Jacob’s excellent in-depth analysis, at Energy In Depth, on the complete lack of science in the report.