The Climate Defense Project is defending pipeline vandals across the country, thereby encouraging still more of this crime, and here’s who is funding it.

One of our readers sent me a link to a publication by a group called the Climate Defense Project the other day. I decided to check it out and was astounded at the sheer boldness of the thing. It is self-described as “an educational resource for lawyers, activists, and students” and cites various instances of pipeline vandals at work, suggesting how these folks might get away with their crimes. What’s particularly egregious, though, is the pride the the Climate Defense Project takes in the funders who enable their defense of this criminal activity. It’s a rogues gallery of elitists who love the idea they’re making it possible for these pipeline vandals to do these dirty deeds.

The Climate Defense Project is a defender of the “necessity defense” which is nothing more than an appeal for anarchy on behalf of self-righteous virtue signalers. The idea is laid out in cartoon fashion here and may be summed up as follows:

Here’s another link to the document sent to me by our reader, just in case they decide to remove the thing. You’ll notice it favorably comments on the following three examples of pipeline vandalism:

These examples illustrate pipeline vandalism, not civil disobedience as the Climate Defense Project would have it in their touting of them. What we’re seeing, essentially, is advocacy of criminal behavior by a tax-exempt organization. There’s plenty we can say about the group and the trendy trust-funder types who run it but that’s not who’s ultimately responsible. Rather, it’s the wealthy elitists who are funding the project.

According to the folks at the Climate Defense Project, these are the financiers of their crime-supporting activities: 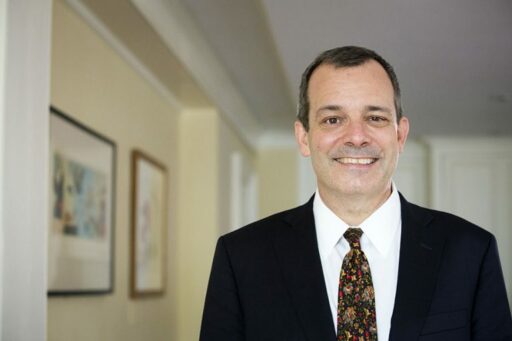 If Harvard Law School is the pre-eminent law school in the country—and it is—why is it passing money and assigning lawyers to defend pipeline vandalism using a bogus “necessity” argument? Is that too much to ask? John Manning, who has taught administrative law, federal courts, legislation and regulation at Harvard for 15 years surely knows better. Is he even watching the store? Or, is he giving the wink and nod to this activity to please Harvard’s own donors?

Then, there is Echoing Green, which says “We’re building a dynamic community of business leaders, social innovators, institutions and investors committed to solving global issues.” Really? Instructing lawyers, activists and students how to defend pipeline vandals is building community? Give us all a break. Here are the co-chairs of this phony outfit: 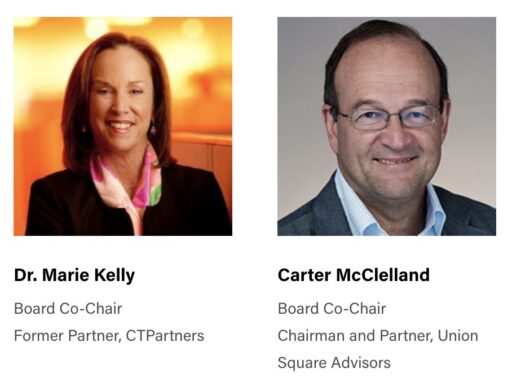 How do respectable people in the business of advising others on business strategies join the board of a group lending support to pipeline vandals in the name of global warming activism? Is it just political correctness? If so, it’s extremely short-sighted.

The Wallace Global Fund, of course, has been a promoter of extremist causes for a long time. I wrote about it here. It lives off the wealth of former Vice-President Henry A. Wallace, made from selling seed corn. The Wallace Global Fund is one of four foundations run by various trust-funder descendants.

It has been a major funder of the radical CELDF group, for instance, which seeks to lead local governments into bankruptcy by adopting plainly unconstitutional legislation outlawing corporations, giving communities rights to supersede Federal and state laws and entitling rocks and trees with rights of nature. The CELDF seeks nothing less than the overthrow of our government.

The Wallace Global Fund loves extremism of this sort and is a big funder of the money-laundering Tides Foundation as well. It’s a private foundation not permitted to do any lobbying so it funds others to do it for the family. One of its co-chairs is Henry’s grandson, Scott Wallace, pictured below: 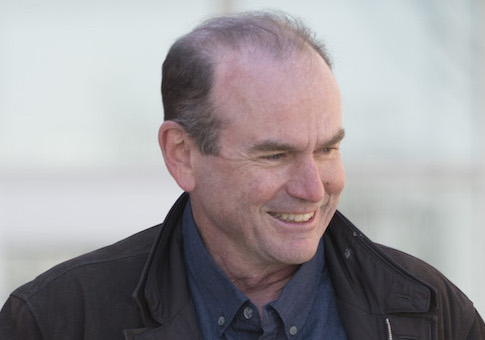 Wallace ran for Congress in wealthy Bucks County, Pennsylvania  in 2018 but self-destructed by dropping an f-bomb during a visit to a synagogue, which explains everything we need to know about this fellow. It’s no surprise he loves pipeline vandals.

The Bullitt Foundation is another private foundation that has been doing fractivist politics through its funding for many years. It boldly proclaims “we will work to eliminate the use of fossil fuels.” Harriet Bullitt, daughter of the woman who established the foundation is on the board, along with Rockefeller toady William Ruckelshaus, who banned DDT and condemned millions to death by malaria despite overwhelming evidence from his own EPA that it was safe. He, too, appears to love pipeline vandals. 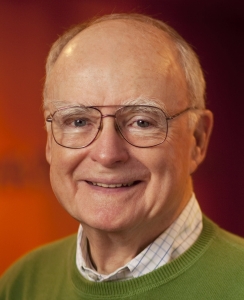 The Carolyn Foundation is yet another private one and its mission is “to support programs and initiatives that effect positive change now and in the future.” That pile of mush is enough to bury a lot of sins and the Carolyn Foundation does significant environmental extremist grant-making. It is chaired by Andrew Crosby, an apparent heir of the founder, Carolyn McKnight Christian, whose father was Sumner T. McKnight, a real estate and lumber tycoon. Crosby’s LinkedIn profile reads like that of the classic trust-funder: 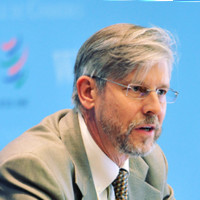 Experienced strategist and manager in mission-driven, field-changing ventures spanning the domains of international economic policy, electoral politics, philanthropy, and non-profit management. With a focus on transforming discourse among stakeholders and advancing sustainable development, I work with diverse actors–from the grassroots to the global leadership level–to better understand the context of complex global challenges and devise strategies, processes, and products that inform, reframe, and advance consensus. In so doing, I bring a political mindset, facilitative skills, and the ability to employ a wide array of tools that promote engagement, empowerment and the pursuit of authentic, evidence-based change. As a manager, I value diversity and co-creation in forging high-impact, confident, and independent teams.

I guess that means you’re spending the family fortune trying to demonstrate your relevance if this pompous description is any indication. Throwing money at a group dedicated to enabling pipeline vandals is apparently part of that. 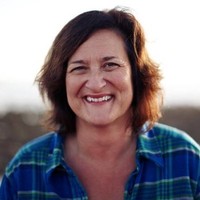 Next, there is Patagonia, the two-faced company that produces overpriced but trendy clothing for consumption by these trust-funder types. Its marketing strategy is to position itself as a self-loathing piece of capitalist trash to attract buyers. More here.

No matter that natural gas is integral to its plastic recycling program; it’s the image of fossil-fuel fighting sacrifice that counts with its shallow as an oil slick patrons.

The company is run by Rose Marcario, pictured to the right. She, too, throws money at supporting pipeline vandalism.

Finally, we have the Clif Bar Family Foundation and no surprise, it’s another private foundation run by these two, Gary Erickson & Kit Crawford: 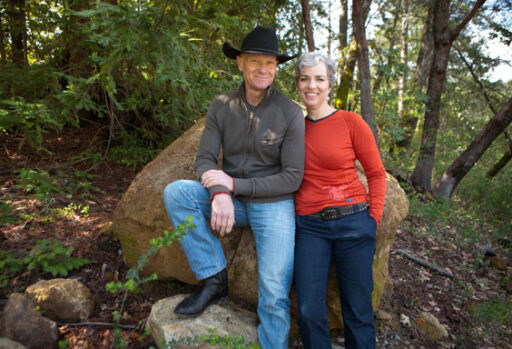 Make no mistake. They knew exactly what they were funding with their 2107 grant to the Climate Defense Project; this is how they described it:

Disgusting, isn’t it? An energy bar fortune being used to trash energy. And the bars are all wrapped in plastic made with natural gas, of course. The company says “100 percent of the electricity required to power [a new bakery in Twin Falls, Idaho] is generated from green, renewable energy through the purchase of Renewable Energy Credits (RECs) from an Idaho wind farm,” but that’s a con game that means it’s really getting most of its electricity from a grid that depends on natural gas generated power. It is building a solar system but that will contribute 30% of its power at best. Notice there’s no mention of natural gas but we know the gas line runs along the site. What do you bet it does use gas and is carefully avoiding mention of it?

So, there’s the gallery of folks—elitists all—who support enabling pipeline vandalism. Put aside the flowery politically correct language; it’s all about creating disturbances and issues to be debated in the name of fighting global warming, when natural gas is actually part of the solution if one is needed. This is how special interests influence events and policy, and they’re using private tax-exempt money to do it. It’s disgraceful. When is government and industry going to do something to end this abuse?