Pipeline opponents are some of the most irrational people. They’ve talked some agencies into going well beyond letting the perfect be the enemy of the good.

Take Massachusetts, for example. In the cold winter of 2018, the “Bay State” had to rely on natural gas imported from a remote Russian gas plant, prompting the Boston Globe to editorialize against the “righteous-sounding stands against local fossil fuel projects” that had kept an adequate pipeline infrastructure from being built. 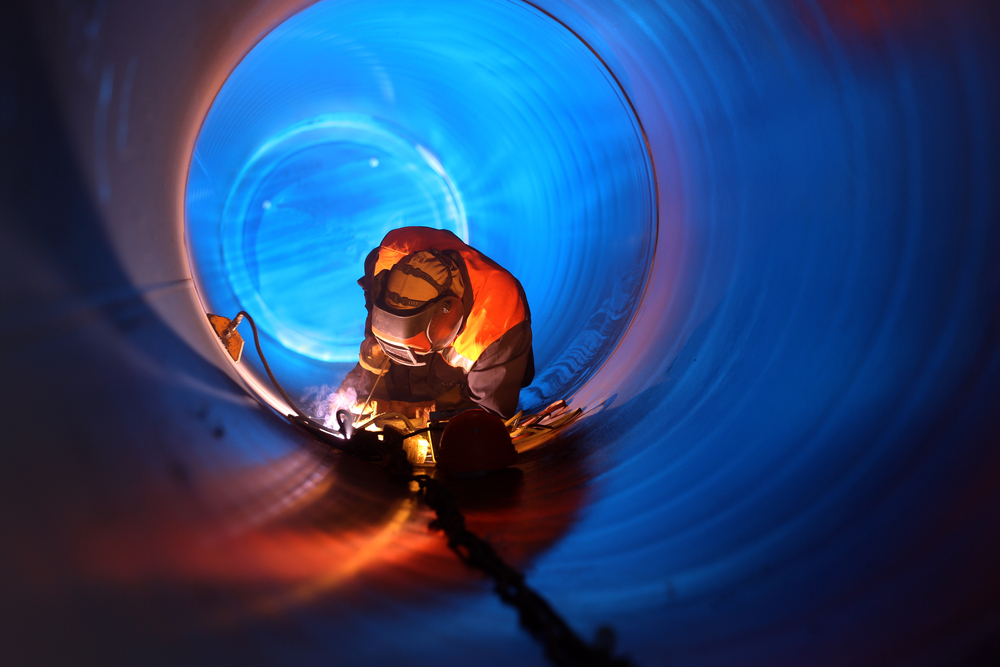 The pipeline worker building America’s infrastructure and providing for his family as spoiled pipeline opponents do all they can to tear it all down.

In New York City, both Con Edison and National Grid—the largest utilities providing power to the Greater New York City area—have put moratoriums on new natural gas hookups in much of the region as a result of New York Gov. Andrew Cuomo’s “de facto ban on natural gas pipelines.” This moratorium “has set off anger and panic among developers and elected leaders who say it has left dozens of projects in limbo, creating uncertainty about housing, jobs and the area’s economic future.”

And in Michigan, the “Keep It in the Ground” (KIITG) activists have jeopardized continued existence of the critical Enbridge Line 5 pipeline that delivers 65% of the propane that heats the homes in Michigan’s Upper Peninsula, and 55% of Michigan’s overall propane needs. Just as with the anti-pipeline campaigns in Massachusetts, New York City, and other locations throughout the United States, “no one is providing a solution,” said Michigan State Rep. Sara Cambensy.

In a recent letter to Michigan Governor Gretchen Whitmer, the president of the United Association of Union Plumbers, Fitters, Welders and HVACR Service Techs of the United States and Canada (UA) laid out in concrete detail what the closing of Line 5 would mean to Michigan and the surrounding states.

The loss of “necessary, reliable, and safe energy supplies for the entire Great Lakes region”

The pipeline provides refineries in Michigan, Canada, Ohio, and Pennsylvania with approximately 42 percent of the resources needed to power the local economies. These refineries process a total of 1.3 million barrels per day of oil into fuels and other petroleum products that Great Lakes region consumers demand daily.  Without Line 5, these energy manufacturers would lose a vital source of reliable domestic crude oil, leading to harmful economic impacts.

One refinery in Ohio alone that relies on crude oil from Line 5 makes 15 percent of the state’s fuel supply.  The refinery is also one of the more significant jet fuel suppliers for the Detroit Metro Airport and provides Michigan consumers with reliable, affordable gasoline and diesel fuel.

Regional refinery jobs represent millions of man hours for the building and construction trades workers and tens of millions of dollars in income to the regional economy. Additionally, the half a billion‐dollar tunnel project will create thousands more union jobs.

Most importantly, over 25,000 of our union members count on Line 5 to provide work opportunities for their families. They work on maintaining and servicing the pipeline as well as ensuring it operates in a safe and efficient manner. Our members also work in the refineries and industrial manufacturing plants that rely on Line 5 to provide fuel to continue their operations. Without Line 5 in operation, many of these good paying jobs will be placed in jeopardy.

In closing, UA President Mark McManus wrote the following words about Line 5. But they apply equally to every critical pipeline being targeted by KIITG activists:

Line 5 is an economic engine that supports and creates jobs with robust benefit packages for working families, while delivering safe, reliable products that heat our homes and fuel our automobiles every day. Ensuring the continued operation and safe replacement of this important national energy infrastructure link is critical for Great Lakes region workers and consumers. I urge you to support Enbridge’s Line 5 replacement plan, while also ensuring the uninterrupted operation of the existing pipeline.

Pipeline opponents need to realize that their unrealistic pursuit of a fossil-free future is having a real impact on the health, safety, and jobs of consumers who require real energy solutions.