Let there be no doubt; pipeline jobs are real, happen where the pipelines are being built and provide first-class employment opportunities for the trades.

I’ll never forget a trade union speaker at the giant Harrisburg rally for gas a while back. He pointed how tired he was of hearing pipeline opponents say such construction jobs were but temporary. His reply? “I’ve been feeding my family for 25 years with those ‘temporary’ jobs.” How right he was. Not only that, but those jobs don’t all go to out-of-town pipeline workers but, rather, tend to stay within the region where the action takes place. Now we have more proof. 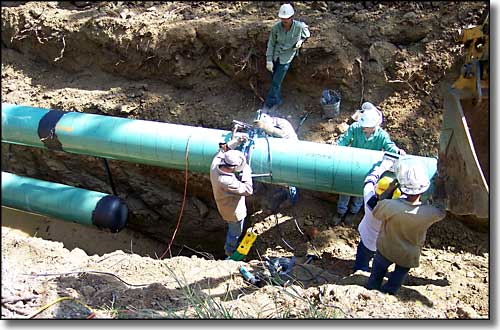 Teamsters representative Richard Stern wrote the following here back in June regarding the then proposed Atlantic Sunrise Pipeline project:

This project will provide Teamster members who belong to Local Unions 229, 401, 429, 764 and 776 with high wages plus health insurance and pension benefits. These workers,who will be performing the pipeline construction work along the Atlantic Sunrise route, are domiciled in the Commonwealth of Pennsylvania.

Richard couldn’t have been more correct and early this morning he sent me this little gem that appeared on PennLive: 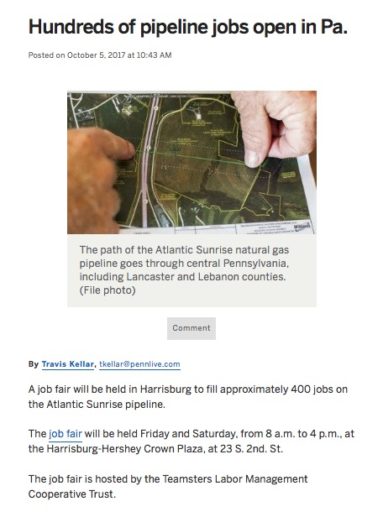 What a beautiful thing!