Pipeline infrastructure will give Pennsylvania’s economy the boost needed to create much needed jobs and supply low cost natural gas to millions of homes and businesses.

Pennsylvania’s economy continues to face headwinds. Unemployment has increased over the past year – now higher than the national average – with most jobs losses coming in the blue-collar construction, manufacturing and mining sectors. Policymakers and regulators can help stem this tide by enacting pro-growth policies, and that starts with building out infrastructure and authorizing the construction of several major pipeline projects. 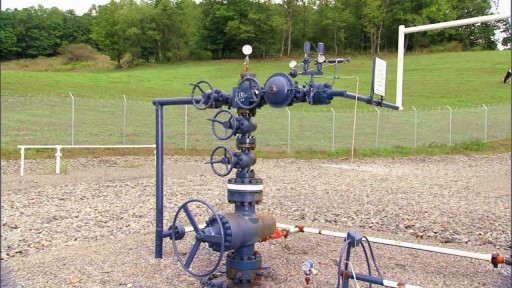 The Marcellus Shale has proven to be more prolific than anyone could have imagined. For the first time in a century, Pennsylvania is a net exporter of natural gas. Today, Pennsylvania is the second-largest producer of natural gas in the U.S., behind only Texas.  In fact, some wells in the northeastern counties are more productive than anywhere else in the world.  If we are going to maximize the tremendous economic and energy benefits that this local resource holds, we have to get that gas to markets that aren’t being served right now by the existing pipeline network.

Because of a significant lack of pipeline capacity and sustained low commodity prices, natural gas producers have scaled back their plans, resulting in lost investment, production, employment and tax revenues for the state. Williams’ Atlantic Sunrise; Sunoco Logistics’ Mariner East 2; and UGI Energy Services’ PennEast are critical pipelines that will remedy this situation by facilitating natural gas production activity and investment in Pennsylvania.

Not only will these pipelines boost investment, employment and production in the shale regions, the projects themselves represent some of the largest private investments in our commonwealth’s history, supporting thousands of good-paying jobs during construction and hundreds of long-term jobs once operational.

Atlantic Sunrise is a $3 billion investment, generating approximately $1.6 billion in additional wages, revenues and investments for our state’s economies. It will provide nearly 8,000 direct and indirect jobs, and it is designed to supply enough natural gas to meet the needs of more than 7 million homes and businesses. 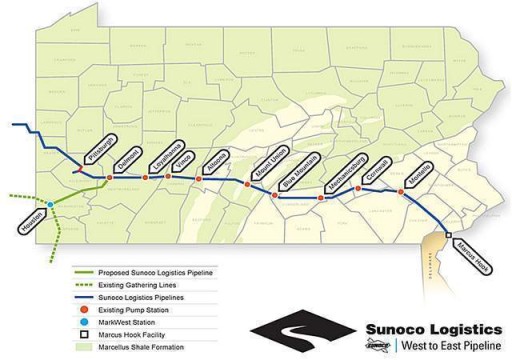 Mariner East, also a $3 billion investment, will support more than 15,000 jobs a year and contribute $62 million in taxes over the two-year construction period. Mariner East will sustain 300 to 400 permanent jobs and is expected contribute at least $100 million annually to our state’s economy once operational.

PennEast is a $1.62 billion investment and will spur an additional $520 million in indirect and induced impacts in Pennsylvania. The project will support 12,160 jobs with $740 million in wages.

These figures cannot be ignored, and these pipelines need to be built if we want to see these jobs become real opportunities for Pennsylvanians. To do so, several state and federal regulatory agencies, including the Department of Environmental Protection, the Army Corps of Engineers, and the Federal Energy Regulatory Commission, need to issue various permits and authorizations. We urge these agencies to do so, given the benefits of the projects and the fact that they will be constructed and operated safely and with minimal environmental impact.

If job creators know there will be a reliable source of gas for the long-term – part of a balanced, diverse energy portfolio, along with nuclear, coal, oil and renewables – business and manufacturing in the state can not only continue to compete, but grow. The increased use of gas can also help make improvements with respect to meeting various federal air quality requirements that, once met, will facilitate the permitting of new manufacturing and industrial operations in the state.

The statistics tell the story. Pipelines are the safest and most efficient way to transport natural gas, and the use of this gas will help bring new jobs to the state, keep the ones we have and help clean the air. In Pennsylvania, we are at a crossroads. If we choose the right path our economic, environmental and energy futures are bright.

For all these reasons, I urge the regulatory agencies involved in these projects to green light the build out of vital energy infrastructure such as Atlantic Sunrise, Mariner East and PennEast.