It turns out the Philadelphia refinery sale we covered the other day wasn’t the high bid! It’s being challenged by those believe a refinery is the best use.

There’s something fishy about that bankruptcy court sale of the Philadelphia refinery Kurt Knaus wrote about here a week ago. We learn now from one of the last great journalists, Andrew Maykuth, that the bankruptcy court handling the Philadelphia Energy Solutions gave the property to a bidder offering $25 million less than Industrial Realty Group, which has now teamed up with the former Chief Executive Officer of the Philadelphia refinery to challenge the lower bid award. They’re also working with labor and asking the Trump Administration to help ensure it stays as a refinery. 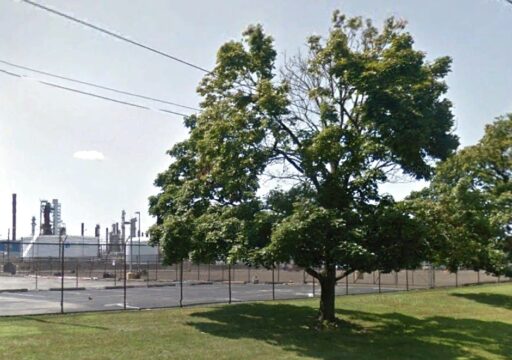 The trade unions have made two trips to the White House already and have been talking to Peter Navarro, the President’s top trade advisor, so this is serious stuff. It also involves energy security, of course, so there’s serious hope here. Trust-funder Joseph Otis Minott, Esquire, the Executive Director of the William Penn Foundation funded Clean Air Council is against it but the unions are obviously determined to save this Philadelphia refinery and they are talking to people who could make a difference, so we’ll see what happens.

But, how did Industrial Property Group not get the bird award in the first place? That’s the curious question. The court was apparently just approving a sale integral to Philadelphia Energy Solutions reorganization plan. It was PES that chose Hilco Redevelopment’s $240 million bid over $265 million offer. Maykuth tells us the unsecured creditors look to vote against the reorganization plan because many of them represent contractors and unionized employees, who would benefit by continued operation of the Philadelphia. Here’s what say, in fact:

As set forth in the additional information you received with this letter, substantially all of the Debtors’ assets will be sold through the Plan to an affiliate of Hilco for a cash consideration of $240 million as determined through an auction held on January 17, 2020. At the auction, another bidder, Industrial Realty Group, LLC (“IRG”), made the highest bid with a cash consideration of $265 million. Even so, the Debtors determined Hilco’s bid the best offer…

In addition to not providing the highest cash consideration, Hilco contemplates an alternative use for the Debtors’ assets that would permanently shut down the Refining Complex. The contemplated use provides little to no potential value, absent cash consideration, for Holders of Class 5 General Unsecured Claims through the assumption and assignment of existing contracts and leases, bringing laid off employees back to work, and generally providing a business partner that many general unsecured creditors have had for decades.

So, why would PES leave $25 million on the table? The Notice of Sale Restructuring and Successful Bidder (Exhibit D) says the following:

PLEASE TAKE FURTHER NOTICE that, on November 14, 2019, the United States Bankruptcy Court for the District of Delaware (the “Court”) entered the Order (A) Establishing Bidding Procedures, (B) Approving Bid Protections, and (C) Granting Related Relief [Docket No. 583] (the “Bidding Procedures Order”), authorizing the Debtors, inter alia, to solicit and select the highest or otherwise best offer(s) for the sale (the “Sale”) of all of the equity interests in Debtor PES Holdings, LLC (the “Interests”) or some or all of the Debtors’ assets…

PLEASE TAKE FURTHER NOTICE that, on January 17, 2020, pursuant to the Bidding Procedures Order, the Debtors conducted the Auction with respect to the Interests at the offices of Kirkland & Ellis LLP, 601 Lexington Avenue, New York, NY 10022.

PLEASE TAKE FURTHER NOTICE that, upon the conclusion of the Auction, the Debtors, in the exercise of their reasonable, good-faith business judgement, and in consultation with the Consultation Parties, have selected (a) HRP Philadelphia Holdings, LLC as the Winning Bidder (the “Purchaser”), who shall be the “Purchaser” as defined in the Plan, and (b) Industrial Realty Group, LLC as the Back-Up Bidder…

PLEASE TAKE FURTHER NOTICE that, the Sale will be consummated as part of the Plan… the Confirmation Hearing to consider approval of the Plan will be held before the Honorable Kevin Gross, at the Court, 824 North Market Street, 6th Floor, Courtroom No. 2, Wilmington, Delaware 19801, on February 6, 2020, at 9:00 a.m. (prevailing Eastern Time).

PLEASE TAKE FURTHER NOTICE that the Debtors reserve the right to withdraw this Notice of Sale Restructuring and Successful Bidder at any time prior to confirmation of the Plan.

We learn from this that the sale isn’t final at all and that the decision was made “in consultation with the Consultation Parties,” who are identified in the Bidding Procedures as the debtors in possession, some lenders, a lawyer representing the Committee and the United Steel Workers, but reading further we find the whole thing was highly secretive and there were others involved:

In conducting the evaluation of the Qualified Bids, the Debtors will take into consideration the following non-exclusive factors:

(i) the amount of the Purchase Price of the Qualified Bid;

(vii) the transaction structure and execution risk, including conditions to, timing of, and certainty of closing; termination provisions; availability of financing and financial wherewithal to meet all commitments; and required governmental or other approvals;

Only the following parties shall be permitted to attend the Auction: authorized representatives of each of the Qualified Bidders (including any Stalking Horse Bidders), the Debtors, their respective advisors, the Committee members, the United Steelworkers’ representatives, the City of Philadelphia…

The Debtors shall consult with authorized representatives of the City of Philadelphia during the Auction (if held) as appropriate including, but not limited to, regarding the future use and development of the real property assets.

Now, we’re getting somewhere. The City of Philadelphia, governed by a Mayor who literally danced a gig for his staff when he succeeded in getting it to declare itself a “Sanctuary City” together with a City Council more interested in green virtue signaling than the economic welfare of Philadelphians, was in the room. They had leverage over the deal, contrary to previous assertions their influence was purely non-binding. It may have been legally non-binding but, politically, they were there to bind up middle-class Philadelphians in green chains. The deal to sell to Hilco stinks to hell of green slime. Let’s hope the trades are successful in getting the Trump Administration to exercise its influence, kill the deal and go with a restart of this Philadelphia refinery.

One thought on “Philadelphia Refinery Not Dead Yet? And, Something’s Fishy.”