[Editor’s Note: Garland Thompson and his associate John Linder lay out an extremely compelling case for the Philadelphia economy if only it will have it.]

On the eve of a new presidential administration, my colleagues and I on the downstream end of the business decided to send out messages that might make sense to government and community leaders in the Lower Delaware Valley who haven’t heard a fair description of the bigger picture this industry represents. We’ve sent the following missive to Barry Seymour, Executive Director of the Delaware Valley Regional Planning Commission, which oversees development projects all over the region. 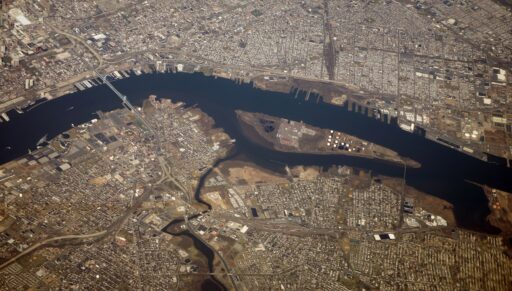 We are writing to illuminate our urgent concerns about economic development in the Greater Philadelphia region, as we begin a new year at the inception of a new federal administration.

We’d also like to meet with you, to discuss what our organization can do to help the Philadelphia Delaware Riverside communities move to maximize the economic opportunities dawning as this region begins to take full advantage of its finest product, human capital, as the 21st Century matures. Philadelphia today, as in yesteryear, is a major manufacturing center, but to build its manufacturing expertise up to a new level will require critical changes in how the Delaware Valley develops programs to produce a new skilled workforce to support the new future.

That cannot be accomplished without fuller employment of the talents and potential of the region’s minority population, a community segment too often ignored by business planners.

Thus, our not-for-profit organization, Riverside Futures Regional Community Development Corp., was launched to promote economic development that opens benefits to all the region’s citizens — especially citizens of this region’s under-served minority communities — through consistent support of: