The Pennsylvania Senate, out of the blue, has decided it ought to dance with Governor Wolf on a severance tax that would punish landowners and help drive one of the Commonwealth’s few success stories elsewhere.

The Pennsylvania Senate is apparently run by Republicans with strong suicidal tendencies. They imagine they can steer a middle course between Philly region tax and spend moochers and trendy environmentalists on the one hand and conservative rural and rust-belt Pennsylvanians who simply want economic revitalization on the other. The natural gas industry has been a savior for the latter and helped give the Republicans the majority they now have. But, they would squander it to be more liked by their enemies (a hopelessly naive aspiration) by dancing with Governor Tom Wolf on the issue of a severance tax. That’s what we learned yesterday as the Republican Pennsylvania Senate voted for such a tax.

The story of how this happened is a distinctly murky one; a dance with wolves. Let me begin by pointing out my own State Senator Lisa Baker voted no, so three cheers for her. Others voted one way in committee and another way on the floor; a cynical maneuver all too typical by fence-riding opportunistic pols who want it both ways. The push came from the gutless Republican wonders who represent the Philadelphia suburbs and want to be part of the power structure while voting against their supposed principles (as if they had any). 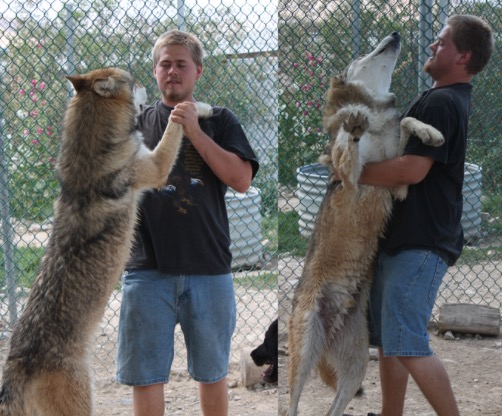 Beyond that, I haven’t followed all the details but I’ve learned enough to know this was a stunningly dance move, as if Al Gore tried to adapt his Macarena routine in the middle of a square dance.

This proposed severance tax is, obviously, just the foot in the door, which will be kicked wide open in future years. It was crafted in the middle of the night and designed with that express purpose in mind. It would pile additional production costs on gas produced in Pennsylvania and thereby lower royalties for landowners even as legislators are theoretically trying to ensure royalty fairness.

It’s classic government; give with the left hand while grabbing the wallet with the right. The correct response would have have been to “cut the damned spending” as they say, but, instead, they passed the budget first to deliberately box themselves into a corner where they’d have to raise taxes. What they propose are energy taxes on both producers and consumers; an insane anti-growth policy.

Ironically, several senators with big new shiny natural gas plants in their districts voted for not only a severance tax but also a gross receipts tax on natural gas usage and electricity. There’s nothing like punishing those investing billions in Pennsylvania and their consumers with taxes that will cause their energy costs to be ratcheted up in multiple ways. There are new plants in Bradford, Columbia, Lackawanna, Lycoming and Snyder Counties, the developers and of which (as well as their customers) will all painfully learn the meaning of the phrase “no good deed goes unpunished.”

The Senate severance tax would raise $100 million in addition to the impact fee the gas industry already pays and which already represents a very high severance tax at today’s relatively low gas prices. Incredibly, the Senate, on top of this outrage, is also proposing additional energy taxes, which means consumers and landowners will be whacked left and right. The Senate bill proposes the following:

These taxes are so preposterous it’s hard to imagine what these people are thinking. The problem is that even these taxes do not even come close to patching the $2 billion budget hole Pennsylvania dug years ago by giving away the store to public employee unions in the form of pension obligations the then Governor Tom Ridge knew he wouldn’t have to worry about. Now, senators are faced with what they see as impossible choices.

They aren’t, of course. The budget still includes tons of fluff that could be cut but few legislators really want to do that. It is economic growth that would be punished by these taxes, though, that is needed to generate revenue if they don’t like cutting spending. That is the biggest irony and insanity here.

How much more do these supposedly business friendly Republicans imagine thy can punish companies’ ability to re-invest in the state and compete broadly if they hope to have growth? It seems no one in charge is thinking about that.

The Chamber of Commerce, in fact, points out that, should this severance tax proposal be enacted, natural gas will be taxed, in essence, four times: prior to drilling and on an annual basis with the impact fee; during production with the severance tax; at consumption with the gross receipts; and finally, every year with business and income taxes on any company involved in drilling, moving, or using natural gas.

Is that smart? Hardly. It’s stupid, in fact. You can’t dance with those who see your industry as an ATM machine or fractivists seeking any measure which which to suffocate an industry. You don’t with these wolves.

1 thought on “Pennsylvania Senate Does Severance Tax Dance with Wolf?”