The petroleum industry began in Oil City, Pennsylvania and, today, it is, once again, one of the top oil and gas states, thanks to the shale revolution.

The National Transit Building in downtown Oil City, Pennsylvania, is where it all really began. John D. Rockefeller had a small corner office on the upper floor and it was anything but extravagant, but from there the industry spread around the world helping to make modern civilization possible. Today, according to a recent study put out by the American Petroleum Institute, Pennsylvania is again one of the top oil and gas states.

Significantly, the title of the full study is The Impacts of the Natural Gas and Oil Industry on the US Economy in 2015, with gas listed before oil. Maybe it was just a grammatical thing, but there is every reason to put natural gas first, particularly when it comes to Pennsylvania. Th shale revolution has returned the Commonwealth to near the top of the heap among oil and gas states. 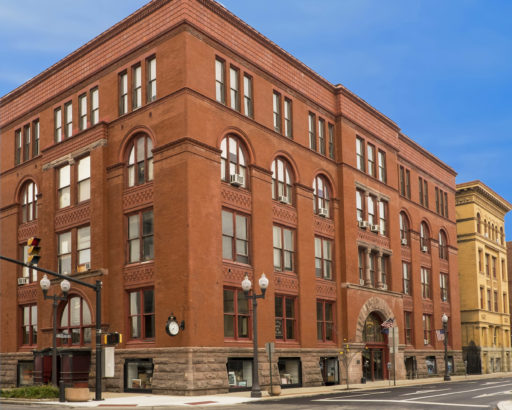 I’ve been to Oil City many times, having done some consulting there, and have always been drawn to the National Transit Building, where things began. What happened there made our modern world possible in every respect. Pennsylvania was where it all was launched, although the first natural gas well was, ironically, in New York. Today, Pennsylvania is back and the new API report is full of data demonstrating why the Keystone State still plays that role among oil and gas states. Here is an infographic with the Pennsylvania details (click for sharper full-size pdf image): 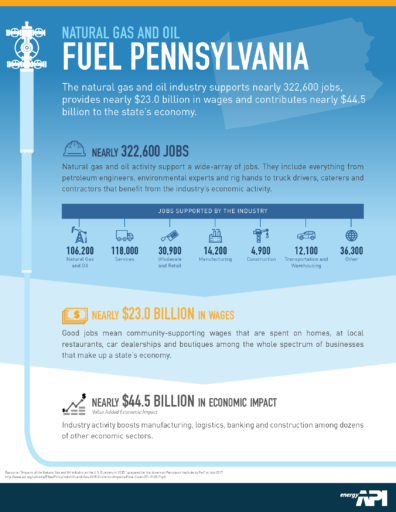 Some fractivist readers (we have many) will, no doubt dismiss the results because it’s an API study but this was a comprehensive IMPLAN study conducted by the respected firm of PricewaterhouseCoopers LLP. Here is a summary table indicating where Pennsylvania states among the oil and gas states (along with New York, which, interestingly, doesn’t fare that badly considering it’s run by a governor trying to pretend the industry doesn’t exist to needn’t): 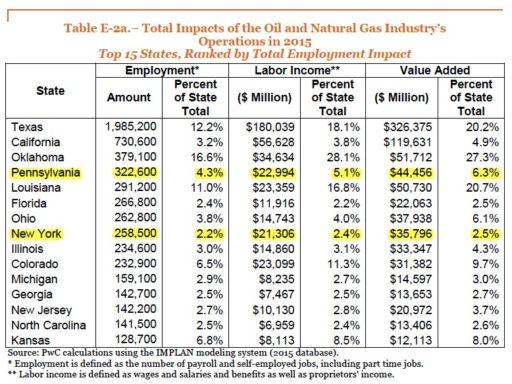 And, here are the Pennsylvania details: 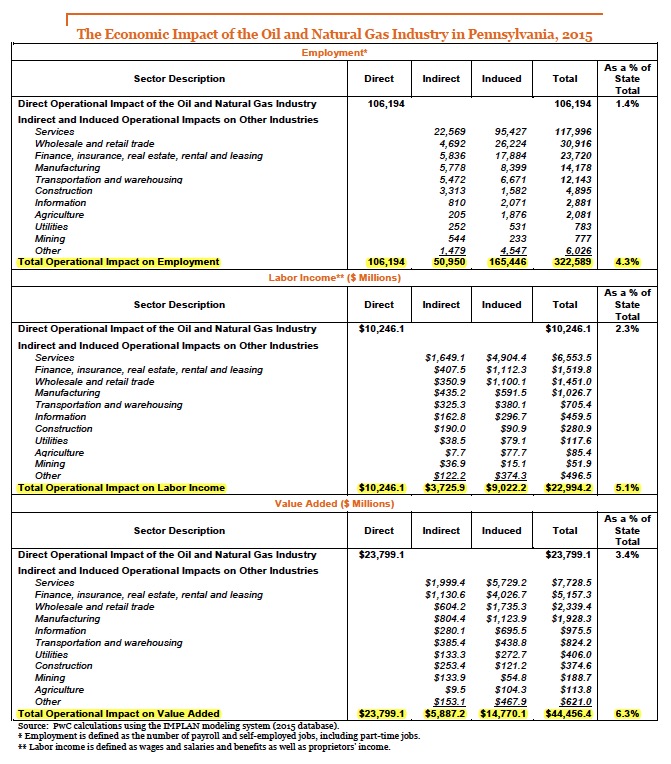 Oil and gas, mostly natural gas due to the shale revolution, accounts for 6.3% of Pennsylvania valued added, 5.1% of labor income and 4.3% of employment. That’s major by any estimate, putting us at No. 4 among the top oil and gas states. The industry has been reborn. Oil City lives.