PennFuture is one of Pennsylvania’s phoniest outfits, but they’ve outdone themselves and won a contest for the Commonwealth’s biggest liar with recent mail.

I just received an email being circulated by PennFuture in an attempt to stop the Pennsylvania House of Representatives from approving House Resolution 515, which directly challenges the DRBC decision to consider a fracking ban. It’s stunning as to the degree of lying. 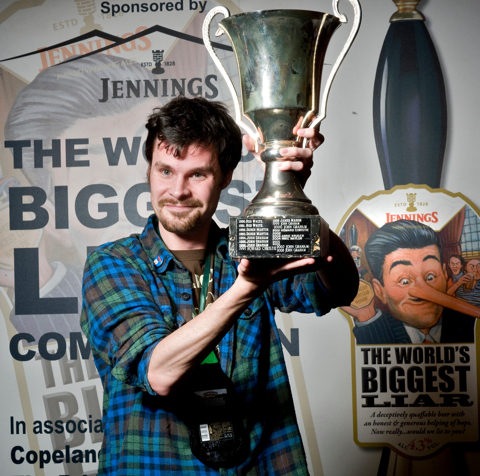 There’s a contest held every year in Holmrook, England every fall, the Bridge Inn hosts the World’s Biggest Liar competition. The folks at PennFuture might want to enter but, regardless, they’ve got my vote for the Commonwealth’s Biggest Liar. This is the e-mail they just sent out to House members (emphasis added with the biggest lies explained in red):

RE: OPPOSITION TO HOUSE RESOLUTION 515

Established in 1961, the Delaware River Basin Commission was created by a federal Compact between the four Basin states and the federal government with the purpose of managing and restoring water quality to the Delaware River. The Commission followed a unified approach to managing a river system without regard to political boundaries. And Pennsylvania’s environment and economy has benefited as a direct result.

On September 13, 2017, the Commission approved a resolution to publish draft regulations addressing natural gas development activities within the Delaware River Basin. These regulations are clearly within the DRBC’s mandate to protect, enhance, and develop the water resources of the Delaware River Basin for present and future generations. The DRBC isn’t proposing to “address natural gas development” but, rather to ban it, a word unartfully avoided by PennFuture.

Regrettably, HR515 calls on the Pennsylvania General Assembly members to urge the Delaware River Basin Commission to “suspend consideration of the moratorium on natural gas drilling in the Delaware River Basin,” undermines the Commission’s authority and elevate private monetary gains above the protection of one of the Commonwealth’s most economically viable and environmentally critical rivers.  The tortured language used by PennFuture here turns everything inside-out. It isn’t the Commissions’s authority that’s being undermined by the Commonwealth’s very sovereignty, to be replaced by a new super land regulatory authority with power over the Commonwealth itself. Likewise, it isn’t private monetary gains that are at issue but, rather, a super-sized taking of mineral rights from poor farmers and over-taxed landowners by a DRBC trying to appease out-of-state special interests.

In particular, HR515 mischaracterizes the Commission’s authority and the circumstances of fracking in the Delaware River Basin in the following ways:

BY REGULATING NATURAL GAS DEVELOPMENT PROJECTS, THE COMMISSION IS EXECUTING ITS MISSION.

HR515 erroneously implies that the DRBC’s authority is limited to “water quantity and water quality data collection and analysis.” But in fact, the Commission has authority over a wide range of matters, including water quality protection, water supply allocation, regulatory review (permitting), water conservation initiatives, watershed planning, drought management, flood loss reduction, and recreation. Its mission is to act as stewards of the Basin’s water resources and to provide comprehensive watershed management. Regulating natural gas development activities is clearly within the Commission’s broad authority within the Basin.  PennFuture supposes that merely asserting authority is enough. Significantly, none of the “wide range of matters” it cites have the slightest thing to do with the land development connected natural gas extraction. Rather, they have to do with water projects and no one denies the DRBC has the right to regulate water projects but if it’s allowed to construe any water use as a project than it can regulate farming, logging, quarrying, home construction, commercial development and virtually everything and anything down to the airs on our heads. The DRBC’s authority to regulate water projects does NOT extend to  comprehensive watershed management. If it did, there would no authority left to Commonwealth.

PROTECTING THE DELAWARE RIVER FROM IMPACTS OF FRACKING IS BENEFICIAL TO PENNSYLVANIA’S ECONOMY.

Drinking water, agriculture, industrial, power generation, recreation, tourism, resource extraction, fishing, shipping, and treated waste water discharge are all important uses for the Delaware River which serves about 15 million people with water, many of whom live outside the Basin. According to the Pennsylvania Department of Conservation and Natural Resources:

·   The economic impact of direct river recreation represents hundreds of jobs and millions in economic benefits. Above the Delaware Water Gap, the economic benefits for river recreation exceed $70 million a year. Fishing, canoeing, tubing, hunting, camping, and swimming draw tourists and local residents. In the bay region, fishing, boating, water-skiing and sailing, birding, historical and cultural resources, and urban opportunities draw visitors and promote tourism. $70 million per year is nothing compared to the billions of dollars invested in the neighboring SRBC region by gas drillers.

·   Additionally, fishing in the Basin accounts for $1.5 – 3.2 million in economic benefits annually. Yet the value of natural gas extraction has been calculated to only be about one-half on the annual value of the Delaware River watershed’s recreational value. And the value of clean drinking water from the Delaware is in the billions of dollars, which is almost five-times that of natural gas extraction in the area. Given the relatively unspoiled nature of the upper Delaware River, the volatility of the natural gas industry, and the increasing focus on renewable sources of energy, allowing unchecked fracking in the Delaware watershed just does not make good economic sense. That study only concluded this by assigning an arbitrary value on intangibles and then comparing that number to its own estimate of $435 million of natural gas that could be produced annually. It’s a phony comparison.

FOR SEVEN YEARS THE COMMISSION HAS BEEN ACTIVE YET CAUTIOUS ON THE ISSUE OF NATURAL GAS DEVELOPMENT IN THE BASIN.

The repeated reference in HR515 to “inaction” on the part of the DRBC is disingenuous. Since 2010, when the Commission paused on issuing final regulations of natural gas development projects in order to gather and study more information on the potential environmental impacts, natural gas extraction activities we able to be permitted in the Basin, so long as the project first applied for and received Commission approval. There have been no such applications for any natural gas development projects within the Basinsince 2010. Thus, the Commission has never placed a “moratorium” on natural gas development in the Basin. Importantly, neither is the Commission currently considering a “moratorium” on fracking. Rather, it is considering regulating fracking and fracking-related activities within the Basin based on scientific rationale and considerations of potential significant environmental impacts. Thus, contrary to the language of HR515, the Commission is presently developing draft regulations to be published no later than November 30th of this year. This is, without a doubt, the single biggest lie put out by PennFuture, a shameless shill for the William Penn Foundation that also funds the Delaware Riverkeeper and the DRBC. There were no applications because there was a moratorium and the DRBC failed to act on regulations! It has continued to sit on draft regulations for seven long years without voting! Once again, the facts are turned inside out.

Since HR515 places emphasis on the SRBC, it must be mentioned that, by its own admission, the SRBC “modified its regulations such that its review and approval authority would extend to all water withdrawn or consumed for unconventional well development, regardless of quantity or source, which departed from the Commission’s traditional regulatory thresholds.” The SRBC recently acknowledged the potential problems inherent with fracking: “The potential impacts of hydraulic fracturing on public water supplies and on the integrity of surface and groundwater is cause for concern, both from a water quantity and water quality perspective.”
The Delaware River is an important natural legacy that is central to our economy. The SRBC sticks to regulating water withdrawals and water disposal connected with natural gas development, NOT the development itself. This crucial difference in approach means everything. Also, the SRBC “acknowledgment” (found here) is nothing more than an admission there are concerns on the part of some; it says nothing about the justification for such concerns. The SRBC, in fact, just days ago released water quality data and stated “..the Commission’s remote water quality monitoring network has not detected discernible impacts on the quality of the Basin’s water resources as a result of natural gas development.“

Protecting this resource is paramount, and the Delaware River Basin Commission has the authority to implement regulations to accomplish this goal. HR515 attempts to pit one part of the Commonwealth against another, unnecessarily dividing rather than bringing together our citizens to protect Pennsylvania’s natural resources. Now, more than ever, we should all be rallying around our natural resources and the sustained economic vitality that they produce. Seriously? The entire Marcellus Shale region of the Commonwealth of Pennsylvania is able to be drilled except for one county—Wayne County—due to a handful of special interests with undue influence over the DRBC and PennFuture says we’re being divisive? Pardon me, but I know practiced liars when I hear them or read their words and PennFuture is a bunch of practiced liars, certainly the biggest in the Commwealth.

We urge you to safeguard the Delaware River, which provides not only a nationally-recognized recreational economy but also clean drinking water to over 8 million Pennsylvanians, by opposing House Resolution 515. Where in the world does that ridiculous number come from? Are we to believe almost two-thirds of the Commonwealth gets its drinking out of the Delaware? Unbelievable shameless lying!  And, as if the Susquehanna River didn’t provide drinking water to PennFuture’s Harrisburg offices.

Let’s tell them what you think. Write PennFuture and your legislator NOW!