A new study shows the PennEast Pipeline, had it been constructed two years ago, would have already saved NJ/PA consumers some $1.3 billion in energy costs.

Independent market experts Concentric Energy Advisors have issued a new report finding the PennEast Pipeline could have saved New Jersey and eastern Pennsylvania families and businesses $435 million in energy costs last winter, according to a news release from PennEast. And, that’s just the beginning. 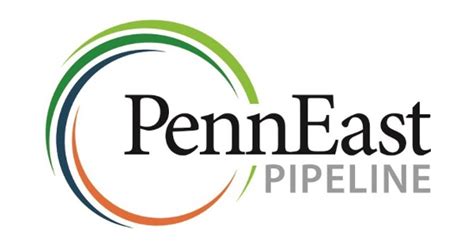 Here’s the remainder of the study announcement from PennEast (emphasis added):

The report conservatively excluded “extreme peak days,” like January 5, 2018, when natural gas prices in the New Jersey market reached 31 times higher than the Pennsylvania supplies the PennEast Pipeline will access.

Concentric now has found that in two recent winters alone, the PennEast Pipeline would have saved the region more than $1.3 billion if it were operational.

“As policy makers look to renewable energy investments for the future, it is important to keep in mind that natural gas and the PennEast Pipeline are a commonsense partner with wind and solar,” added Kornick. “The low-cost and reliable nature of natural gas provides the foundation to make additional investments in renewables while protecting ratepayers, keeping energy costs low and ensuring a reliable grid.”

According to the study, approximately $246 million would have been saved on the electric markets – where natural gas increasingly has replaced coal and oil for electric generation – while simultaneously reducing carbon emissions. New Jersey has the 11th highest electric costs in the country. PJM, the independent electric grid operator for New Jersey and Pennsylvania, affirmed the PennEast Pipeline is needed for future grid reliability and geographic fuel diversity in a 2016 report to federal regulators.

Energy-intensive industrial customers, like manufacturing, would have seen $144 million in savings last winter, according to the report.

“Political leaders often talk about providing stable, middle-class jobs, and this is a clear opportunity not just during construction but for decades to come,” said NJBIA President Michele Siekerka.  “For manufacturers that require low-cost energy to be competitive, the PennEast Pipeline is a lifeline to keep operations and jobs here in New Jersey.  Anything that can lower costs and tackle the affordability problem for Garden State businesses helps our long-term economic growth and job creation.”

Though not factored into the recent study, additional savings could be realized during non-peak demand months.

The $435 million in higher costs incurred by area consumers last winter counter incorrect claims that there is sufficient pipeline capacity and even a surplus of natural gas in the region, – misguided assertions peddled by New Jersey opposition groups. Additionally, federal regulators found in their approval of the PennEast Pipeline such opposition claims, including findings by the New Jersey Division of Rate Counsel, were “unpersuasive,” “unavailing” and “misplaced.”

The lack of natural gas pipelines into New Jersey and Pennsylvania also has negative implications for the environment, when power generators are forced to rely on dirtier forms of energy to provide power. PJM released a February 26 report on the performance of the grid during the 10-day cold snap last winter, finding 47 percent of the power generation came from coal and oil, with 68 percent of oil generation needed because units couldn’t run natural gas as their primary fuel.

In Massachusetts, power generators burned 2 million barrels of oil to maintain power, which the state Environmental Secretary called “nothing but a disaster.” Massachusetts also needed, for the first time in American history, Russian liquefied natural gas to warm homes in the Boston after years of blocking new natural gas infrastructure.

These are all excellent points and the full study is well worth perusing. One of the most interesting aspects is this chart showing the difference in pricing between Gulf Coast and Marcellus Shale gas: 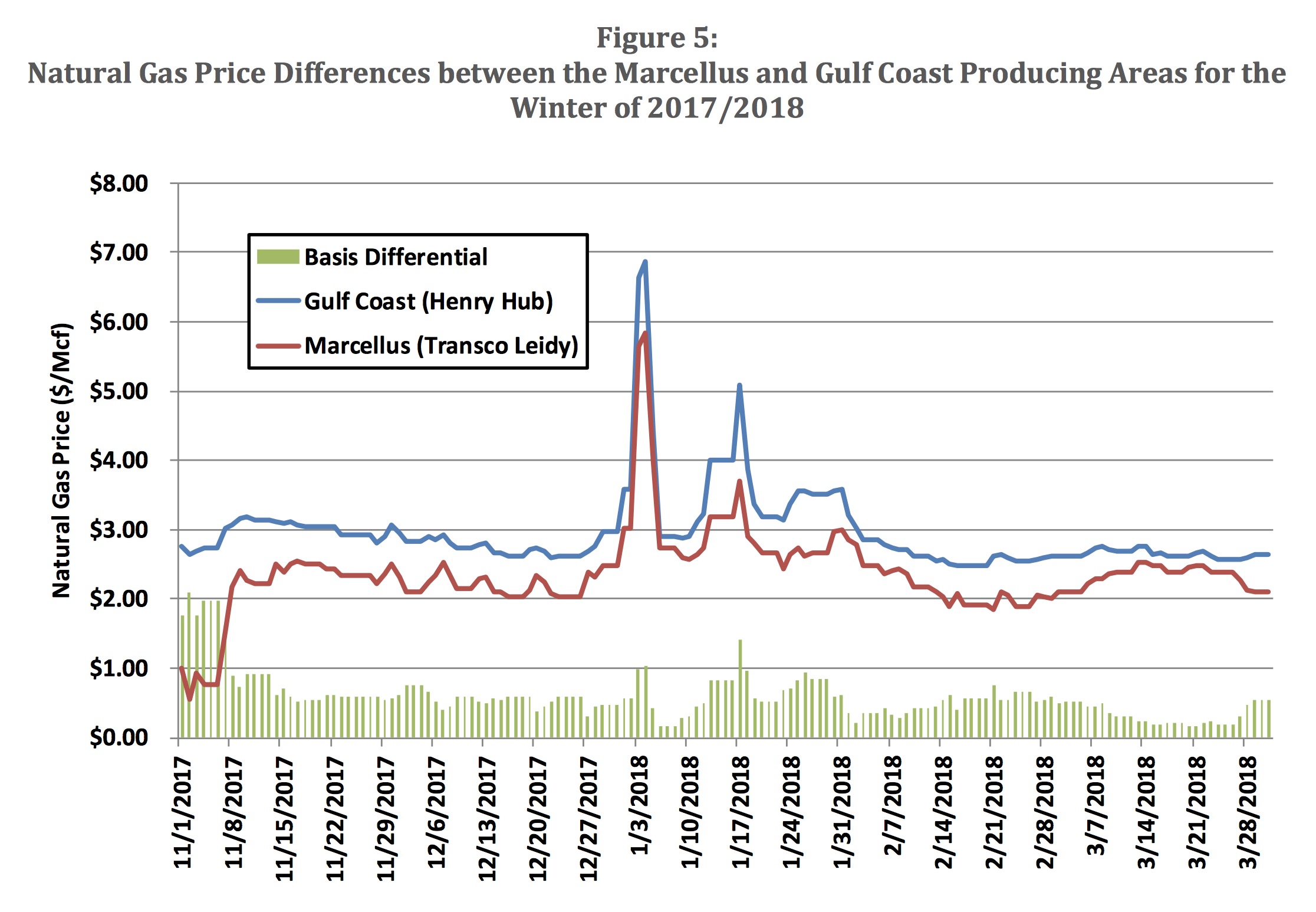 The gas price differences presents a very clear opportunity, with more pipeline capacity, for New Jersey gas distribution companies, for example, to shift purchases of product to lower priced Marcellus supplies nearby, lowering costs to consumers. That difference has generally, ranged between 50¢ to $1.00 per Mcf, which means there is an opportunity to reduce costs as much as 25 percent by simply shifting supplies. This is what the additional capacity offered by the PennEast is capable of producing in the way off savings under current conditions.