The PennEast Pipeline is finally talking the way it should; taking the gloves off to call out the Delaware Povertykeeper (a/k/a Riverkeeper for what it is.

As we reported the other day, a federal judge dismissed a lawsuit filed a year ago by THE Delaware Riverkeeper against the Federal Energy Regulatory Commission. The lawsuit aimed to shut down the entire agency by defunding it. The lawsuit claimed FERC can’t objectively make decisions about projects like the Penn East Pipeline (running from the Wilkes-Barre area to New Jersey) because FERC derives some of its operating revenue from the projects it either approves or does not approve. It went nowhere.

Delaware Riverkeeper tried, in other words, to shut down a national agency because they object to a single pipeline project. US District Justice Tanya Chutkan, pictured below, was appointed by President Obama and found Riverkeeper’s arguments lacking, to say the least. It took a day, but PennEast released their own statement about Riverkeeper’s lawsuit going down in flames. 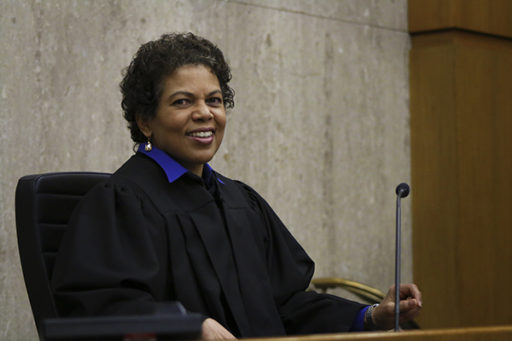 It is an interesting response from PennEast and continues a trend in what we’ve previously noticed: PennEast has (finally) taken the gloves off and is pushing back hard against enviro-jihadists like Riverkeeper (emphasis added):

FERC and the US Department of Justice also urged dismissal of the fringe group’s lawsuit.

“The Delaware Riverkeeper Network is an organization that stops at nothing to spread misinformation, scare the public and file ridiculous lawsuits, as validated by a federal court judge who dismissed the lawsuit that was filed last year,” said Pat Kornick, PennEast spokesperson. “This is the latest example of opposition groups wasting time, tax dollars and government resources with baseless claims and ridiculous lawsuits.”

The lawsuit alleged that permit fees paid to FERC by applicants for energy infrastructure created an institutional bias.

Last year, a separate lawsuit filed by opposition groups alleging trespassing also was dismissed by a New Jersey Superior Court judge because she found no evidence of their claims. In September, the Eastern Environmental Law Center, the New Jersey Conservation Foundation and the Stony Brook-Millstone Watershed Association filed another frivolous complaint, requesting an “evidentiary hearing” of market need, which is duplicative and covered by FERC’s multi-year review. Even the New Jersey Sierra Club objected to their actions and said the “suit could easily be dismissed.”

“Despite scare tactics from opposition groups, the reality is that two government agencies under Democratic administrations have determined that PennEast Pipeline can be constructed with minimal impact on the environment,” said Kornick. “PennEast looks forward to a favorable environmental ruling next month and soon delivering lower electric and gas bills, creating thousands of jobs and powering the region’s economy with clean-burning, American energy for decades to come.”

Editor’s Note: All I can say is bravo! Getting tough with the Delaware Povertykeeper (a/k/a Riverkeeper) is way overdue. PennEast Pipeline has repeatedly gone above and beyond in cooperating with agencies such as the DRBC that shouldn’t have one damned thing to say about its project. Its attitude heretofore has been to play nice and hope for reciprocal conduct that, of course, never happens. It’s nice to see a new more aggressive attitude of getting in their face! Other pipeline companies need to take note; playing nice with fractivists is a losing strategy. What’s required is getting tough and saying like it is.

3 thoughts on “PennEast Pipeline Finally Takes the Gloves Off”