FERC has approved construction of the PennEast Pipeline, rejecting objections ginned up through an organized campaign funded by the William Penn Foundation.

Although it will still need approvals from Pennsylvania, New Jersey and the Delaware River Basin Commission or DRBC (which has no actual authority over pipelines but to which PennEast agreed to submit), the PennEast Pipeline now has FERC approval. It came despite a parade of ridiculous objections raised by project opponents, many of whom, just like the DRBC, have been funded by the detestable trust-funders at the William Penn Foundation. The Delaware Riverkeeper’s assertions got particularly short shrift, in fact.

The significance of PennEast FERC approval is explained in this news release, but I found the order itself more interesting. It’s full of interesting tidbits. Three of the FERC Commissioners, for example, issued individual opinions. One of those was a dissent by Commissioner Richard Glick. It’s at the tail end of the order and well worth perusing for its lessons in incoherence, a sample of which is offered here:

I recognize that part of the reason that the record in this proceeding is incomplete is that landowners have denied PennEast access to their land for the purpose of conducting the necessary studies and assessments. However, the question whether landowners should be required to provide pipeline developers with access to their property for the purpose of determining whether it is suitable for a proposed pipeline is one that is and should be left to the states to decide. The Commission should not use the pipeline certification process as an end run around states and landowners that choose not to grant access to their property before a certificate is issued.

What Glick is arguing is that every pipeline project automatically be placed in a Catch 22 situation where it needs FERC approval to access land for environmental studies, but cannot secure such FERC approval without the information those very studies of land to which it is denied access would provide. This policy, if employed by FERC, would stop every new pipeline project, as no company would risk investing in a project where a handful of NIMBY landowners or anti-gas states could halt everything by simply denying access to critical information. This is the idiocy Flick proposes.

Fortunately, the other FERC Commissioners in this case, facing a lack of some information due to the organized campaign of the Riverkeeper, et al to get landowners to deny access, resolved the problem by attaching a list of 56 environmental conditions requiring additional information. This common sense approach avoids unnecessary condemnation prior to certification while ensuring the information is eventually gained and utilized. There’s no “end run” — just a dose of practicality made necessary by the ideological opposition of uncompromising extremists enabled by the William Penn FoundatIon.

That uncompromising strategy also flies in the face of some other naive comments about working together with landowners. There is nobody who doesn’t want to work with landowners as it’s the easiest way to move ahead but the reality confronted when special interest shills such as the Delaware Riverkeeper are part of the mix and telling NIMBY landowners not to cooperate takes things to another level. There’s no amount of talking or bargaining that will resolve issues when Maya van Rossum is on the other side of the table and FERC members ought to know this. She and her ilk aren’t interested in anything but war and they must be defeated. 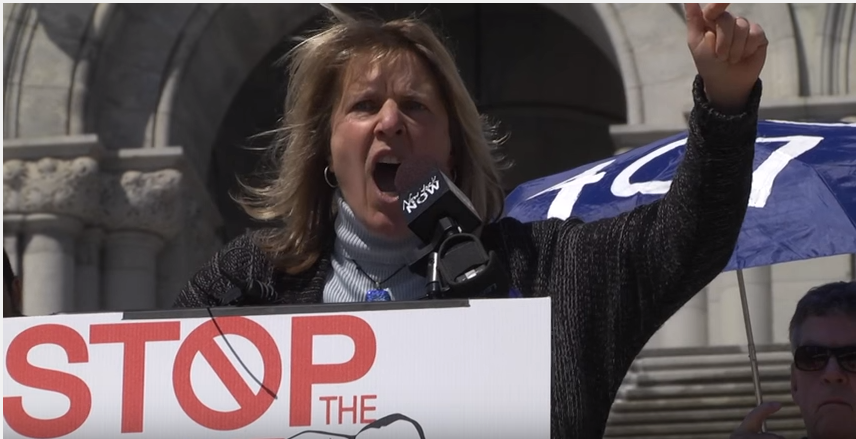 The PennEast decision demonstrates how to deal with this nonsense; with facts and the law. One of the Riverkeeper’s comments, for example, was a contention the PennEast Project was “not being proposed to benefit United States markets but to support the growing LNG export market.” FERC dealt quickly with that as follows:

…allegations that the project is not needed because gas that is transported by it may be exported through an LNG terminal are not persuasive. There is no evidence in the record that indicates that the expansion capacity will be used to transport natural gas for export. A number of the project shippers are LDCs, which will locally distribute gas or use it to generate electricity. Further, even if there was evidence that some of the gas would be exported, the Commission does not have jurisdiction over the exportation or importation of natural gas. Such jurisdiction resides with the Secretary of Energy, who must act on any applications for natural gas export or import authority.

Other parts of the FERC order were similarly lucid and I’ve excerpted key events below:

As explained herein, we find that the benefits that the PennEast Project will provide to the market outweigh any adverse effects on existing shippers, other pipelines and their captive customers, and on landowners and surrounding communities. Further, as set forth in the environmental discussion below, we agree with Commission staff’s conclusion in the Environmental Impact Statement (EIS) that the project will result in some adverse environmental impacts, but that these impacts will be reduced to acceptable levels with the implementation of the applicant’s proposed mitigation and staff’s recommendations, as modified herein, and adopted as conditions in the attached Appendix A of this order. Therefore, for the reasons stated below, we grant the requested authorizations, subject to the conditions discussed herein…

We find that PennEast has sufficiently demonstrated that there is market demand for the project. PennEast has entered into long-term, firm precedent agreements with 12 shippers for 990,000 Dth/d of firm transportation service, approximately 90 percent of the project’s capacity…

PennEast has entered into precedent agreements for long-term, firm service with 12 shippers. Those shippers will provide gas to a variety of end users, including local distribution customers, electric generators, producers, and marketers and those shippers have determined, based on their assessment of the long-term needs of their particular customers and markets, that there is a market for the natural gas to be transported and the PennEast Project is the preferred means for delivering or receiving that gas. Given the substantial financial commitment required under these contracts by project shippers, we find that these contracts are the best evidence that the service to be provided by the project is needed in the markets to be served. We also find that end users will generally benefit from the project because it would develop gas infrastructure that will serve to ensure future domestic energy supplies and enhance the pipeline grid by providing n additional transportation capacity connecting sources of natural gas to markets in Pennsylvania and New Jersey. 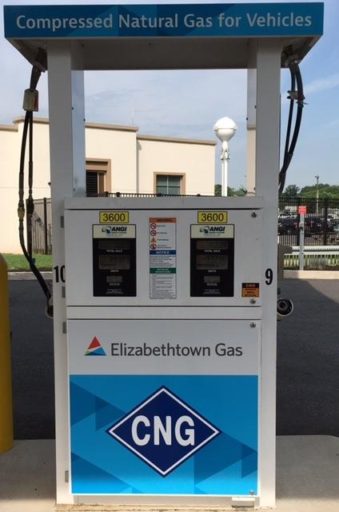 Elizabethtown Gas is committed to using the PennEast to deliver natural gas that will help supply CNG stations like this one that offer clean, economical CNG to their service area

We are unpersuaded by the studies submitted by commenters in their attempt to show that there is insufficient demand for the project and by their assertions that the Commission is required to examine the need for pipeline infrastructure on a regional basis. Commission policy is to examine the merits of individual projects and assess whether each project meets the specific need demonstrated. While the Certificate Policy Statement permits the applicant to show need in a variety of ways, it does not suggest that the Commission should examine a group of projects together and pick which project(s) best serve an estimated future regional demand…

Commenters also overlook the fact that shippers on PennEast’s system have noted several reasons other than load growth for entering into precedent agreements with PennEast to source gas from the Marcellus Shale region. Project shippers state they believe that the project will provide a reliable, flexible, and diverse supply of natural gas that will lead to increased price stability, and the opportunity to expand natural gas service in the future. Based on the record before us, we find no reason to second guess the business decisions of these shippers that they need the service to which they have subscribed.

Specifically, the final EIS stated that renewable energy and energy efficiency measures to reduce the dependence on natural gas is not a comparable replacement for the transportation of natural gas to be provided by the project.

A causal relationship sufficient to warrant Commission analysis of the non-pipeline activity as an indirect impact would only exist if the proposed pipeline would transport new production from a specified production area and that production would not occur in the absence of the proposed pipeline (i.e., there will be no other way to move the gas). To date, the Commission has not been presented with a proposed pipeline project that the record shows will cause the predictable development of gas reserves. In fact, the opposite causal relationship is more likely, i.e., once production begins in an area, shippers or end users will support the development of a pipeline to move the produced gas…

Compliance with the environmental conditions appended to our orders is integral to ensuring that the environmental impacts of approved projects are consistent with those anticipated by our environmental analyses. Thus, Commission staff carefully reviews all information submitted. Only when satisfied that the applicant has complied with all applicable conditions will a notice to proceed with the activity to which the conditions are relevant be issued.

We also note that the Commission has the authority to take whatever steps are necessary to ensure the protection of all environmental resources during construction and operation of the project, including authority to impose any additional measures deemed necessary to ensure continued compliance with the intent of the conditions of the order, as well as the avoidance or mitigation of unforeseen adverse environmental impacts resulting from project construction and operation.

What this decision indicates is simply this; FERC is applying the law as it was intended and not venturing off into obscure wacky world of ideas advanced by the William Penn Foundation’s devilish progeny. We’re yet safe from their schemes. PennEast is FERC-approved and we’re closer to this: 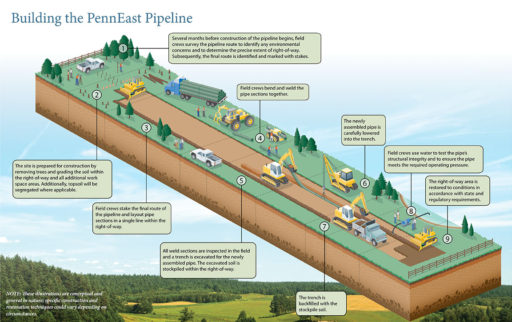 One thought on “PennEast Pipeline Approved by FERC Over Fractivist Objections”