The PennEast pipeline just got some clearly encouraging and very interesting news from the U.S. Supreme Court about its case with the state of New Jersey.

The PennEast Pipeline folks received some most definitely encouraging news regarding New Jersey’s attempt to obstruct the project by claiming its rights in farmland conservation easements trumped the need for essential energy infrastructure. The Supreme Court is inviting comment from the Federal government’s attorney. 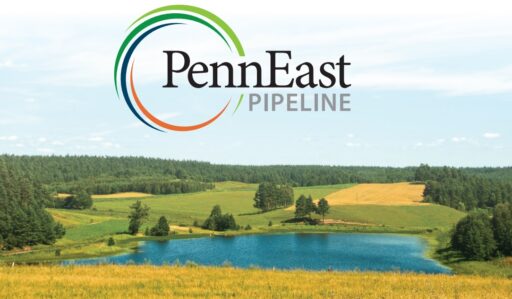 Here’s the statement from PennEast:

The PennEast partner companies are very pleased that the U.S. Supreme Court requested the views of the U.S. Solicitor General regarding the issues presented in the petition.

At the heart of the petition before the U.S. Supreme Court is an effort to uphold Congress’s clear charge to the Federal Energy Regulatory Commission to ensure the safe and reliable transportation of affordable natural gas, which supports jobs, lower energy bills, and a cleaner environment.

We remain hopeful that the U.S. Supreme Court will grant the petition and put an end to the ‘profoundly adverse impacts… on the development of the nation’s interstate natural gas transportation system’ that the Federal Energy Regulatory Commission has explained the Third Circuit’s decision is having.

It’s very difficult to get the U.S. Supreme Court to take any case, so the continued interest by the court in the details and implications sends a strong signal. The court, in fact, is showing a lot of interest recently in clearing away the attempts by states and special interests in obstructing pipeline projects for what are specious reasons. This was evident in the Atlantic Coast Pipeline case where opponents tried, unsuccessfully, to stop that pipeline by claiming a pipe 650 below the Appalachian Trail could somehow negatively impact it, twisting the law inside out to do so.

The New Jersey attempt to obstruct the PennEast is no less twisted. It’s nothing more than a “stupid pipeline trick,” as I explained here and it needs to be smashed. There are two broad issues; one legal and one practical. The first has to do with the legal supremacy of the Federal government vis-a-vis the states on matters of vital national importance. One state cannot be allowed to halt much needed infrastructure by another or to frustrate interstate commerce on a whim by just saying “no.” That’s counter to everything about Federalism.

The second issue is also legal but more practical and there are three aspects to it. Here is what I wrote in the above linked post back in November and I believe it to more valid than ever:

And, the abuse of easement law must get greater attention. These agricultural and conservation easements were never intended to interfere with interstate commerce or with natural gas pipeline infrastructure. The idea a pipeline is incompatible with agriculture is false on its face as a thousand pictures of farmland above pipelines being plowed will demonstrate and every pipeline is a wildlife bonanza for deer, turkeys and the Golden Winged Warbler.

There are three aspects of the easement abuse that must addressed. First..how can the donation or sale of an easement to a state by a single landowner possibly be allowed to stand in the way of a pipeline? There are a dozen reasons why this cannot be allowed to stand, beginning with the fact an easement is a negative declaration, not land ownership per se.

Secondly, if the easement was donated, there was undoubtedly Federal tax benefits involved and they were surely of greater value than those from the state. So, why should the state be able to assert their interest in not building a pipeline is greater than the Federal interests in building that same pipeline as expressed in the Natural Gas Act? Moreover, the state program description specifically says “The sale of development rights does not make farmland public property.”

Thirdly…if the landowner wants the pipeline, the state does not want it and there is nothing in the easement with respect to pipelines, the latter is effectively condemning additional interests in the property without paying additional compensation for those interests. The landowner would get compensated for any damages to their land, if any, by pipeline construction, but who is compensating that same landowner for the loss of the value of having a pipeline that might pay royalties or serve a business with gas? The state is robbing such a landowner.

I am thrilled the Supreme Court has asked for the input of the U.S. Solicitor General and I sincerely hope this will result in not only the court accepting the petition to review the case, but also yield some discussion of these critical issues. The PennEast lives! God Bless!