The U.S. Supreme Court has the PennEast appeal and invited Solicitor General input which puts its finger precisely upon the real issue!

Back in November, 2019, when the PennEast appeal decision of a completely bizarre Third Circuit decision was made by the pipeline company, I opined as follows:

I liked the PennEast arguments to the full 3rd Circuit, but they weren’t enough. I hope they will be this time. It would be nice, though, to see PennEast strengthen them by pointing out how some politicos are already jumping on the idea of using agricultural and conservation easements as tools of political pipeline obstruction as a consequence of the circuit panel’s very bad and extremely wacky decision.

This is a point Jim Willis and I have been making from the very beginning of this case and  now it’s being made by none other the Biden administration Department of Justice, although the work on their brief was no doubt in progress long before Biden himself was inaugurated. 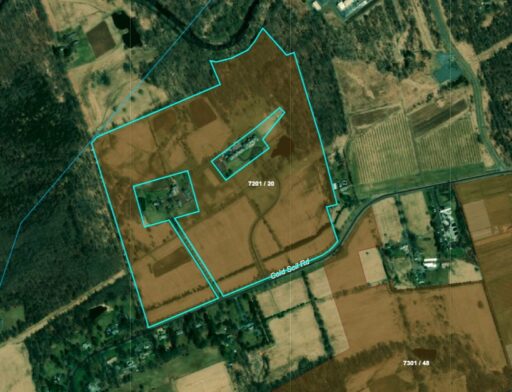 A New Jersey farm with a conservation easement, through which a pipeline already passes, demonstrating that pipelines represent no threat to farmland preservation and making a mockery of the state’s position.

Yes, the DOJ has struck a blow against the ridiculous tactics of the ever politically correct Murphy administration in Trenton, New Jersey. The DOJ has filed an amicus curiae brief on behalf the United States in PennEast Pipeline Company, LLC, Petitioner v. State of New Jersey (PennEast Appeal) and it’s a darned good one. I say that not only because it is, in fact, a well argued submission, but also because it gives me (and Jim Willis) an opportunity to crow “We told you so!” Here’s what I’m talking about from the brief (citations omitted, emphasis added):

The interests States own today, moreover, are just the beginning. Most States utilize State-owned conservation easements like the ones that respondents rely on here. See Zach Wright… “Siting Natural Gas Pipe-lines Post-PennEast: The New Power of State-Held Conservation Easements.” The federal government generally supports States’ efforts to use such easements to protect valuable farmland and open space. But the decision below converts those programs into a sword against federally approved projects. For example, in New Jersey, the State can acquire new conservation easements by purchase or condemnation. Under the court of appeals’ decision, all the State needs to preclude any FERC-approved project it opposes is a willing landowner along the route. Indeed, even if the landowner were unwilling, the State could invoke its own eminent-domain power. While a landowner could fight those efforts, New Jersey is a quick-take State that can acquire immediate title upon filing a declaration of taking and depositing estimated compensation. With similar procedures available across the Nation, the effect on FERC’s ability to administer the interstate natural-gas system could be “profound.” It is implausible to think that the same Congress that enacted Section 717f(h) to prevent States from interfering with FERC-approved pipelines by refusing to allow pipelines to use state eminent-domain procedures in-tended to allow States to accomplish the same obstruction by invoking those procedures themselves.

How sweet it is! I doubt the DOJ folks read NaturalGasNOW or Marcellus Drilling News but they get it. As the brief points out:

New Jersey, for example, claims a non-fee property interest in 15% of its total land area, even before accounting for fee interests in state forests, parks, and the bed of navigable waterways.

This to say that if the Third Circuit decision was allowed to stand, New Jersey could frustrate any Federal project it politically opposed. All it needs is a mere interest in the land affected, not actual ownership. Indeed, the owner, just like the Feds, would have nothing to say. This is huge because it demonstrates the depths of the abuse of the law that would result from leaving the Third Circuit decision in place. While the other arguments against it are important and also well-argued by the DOJ, this is the one that resonates because it illustrates the danger.