The gas consuming Park Foundation trust-funders are becoming ever more bold in doing what they can to keep everyone else from having access to this energy.

We’ve followed the Park Foundation for years, of course. They’re the epitome of so much that’s wrong with the way the wealthy special interests influence our politics and public policy. Worse, they do it as a tax-exempt private foundation that’s not legally permitted to do lobbying, with but a few limited exceptions. Lobbying, simply put, consists of attempts to influence legislation and the Park Foundation is getting bolder and bolder in doing just that by funding a multitude of fractivist initiatives carried out by others willing to do the Park Foundation’s dirty work for a price.

What brought the Park Foundation back to top of mind with me again is a little research I did the other day to discern who might be funding a particular initiative. I went to their grants award page, selected the 2017 grants tab, went to the bottom and chose “view all” to get a full list. Park is, to their credit, one of the more transparent foundations out there, unlike, for example, the Rockefeller Family Fund, which tells you they gave the Sustainable Markets Foundation a grant last year for “the Pipeline and Property Rights Project,” but little else. That’s probably because disclosure, like legal discovery, can be a curse.

What I’m talking about is a detailed list of no less than $3 million in fractivist investments in public policy made last year by the Park Foundation. Here, in four tables, is a list of those grants and their descriptions exactly as given by the Foundation: 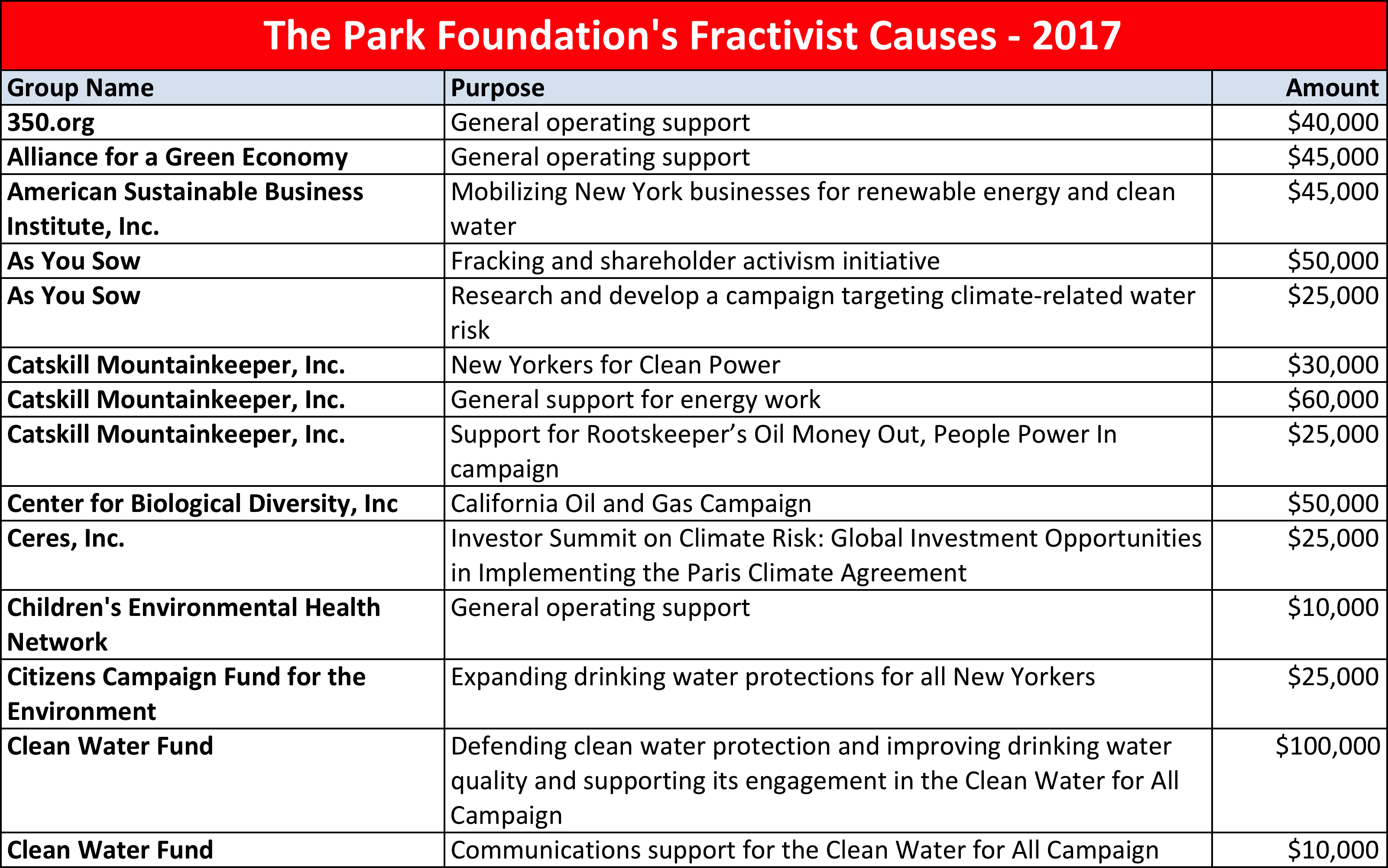 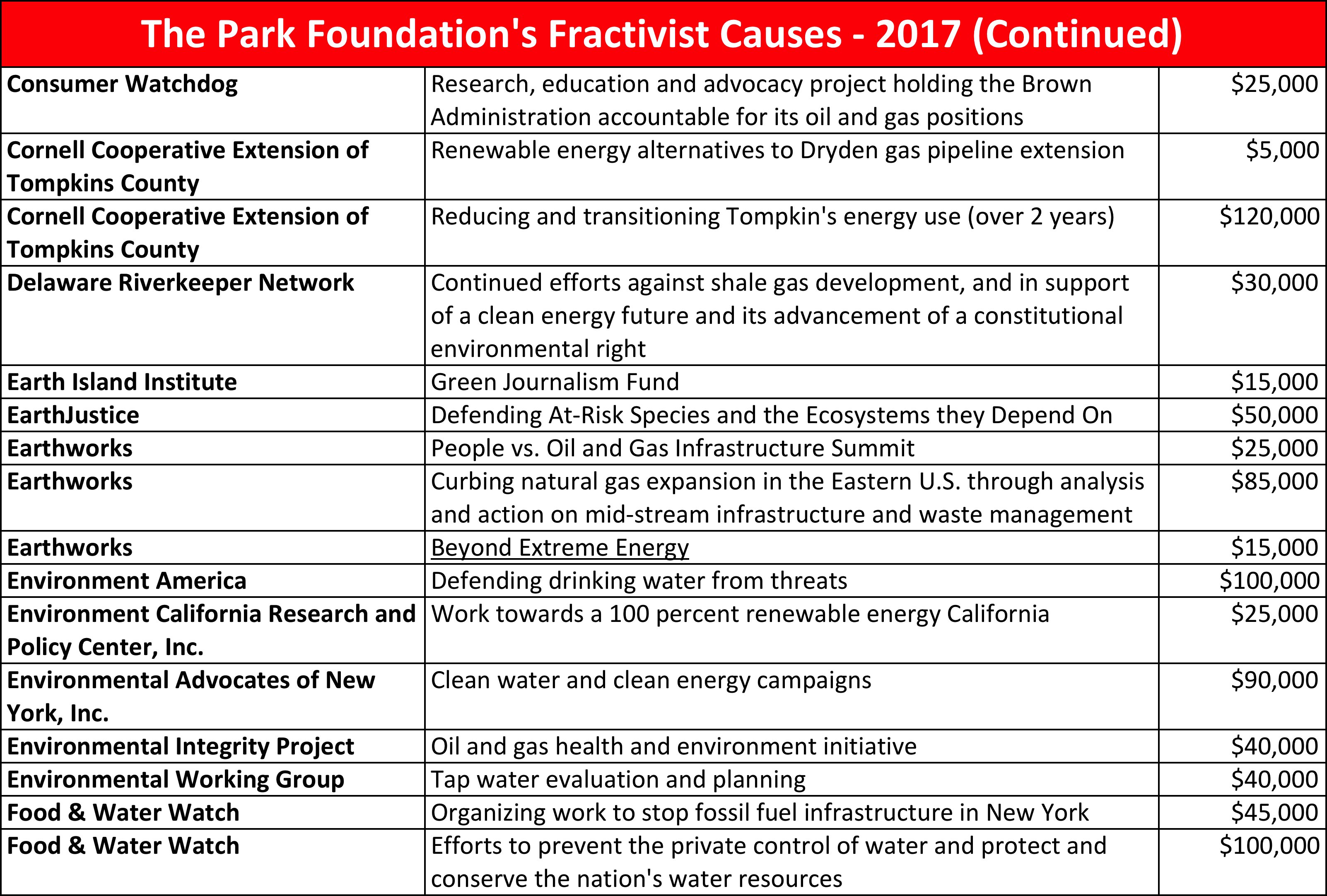 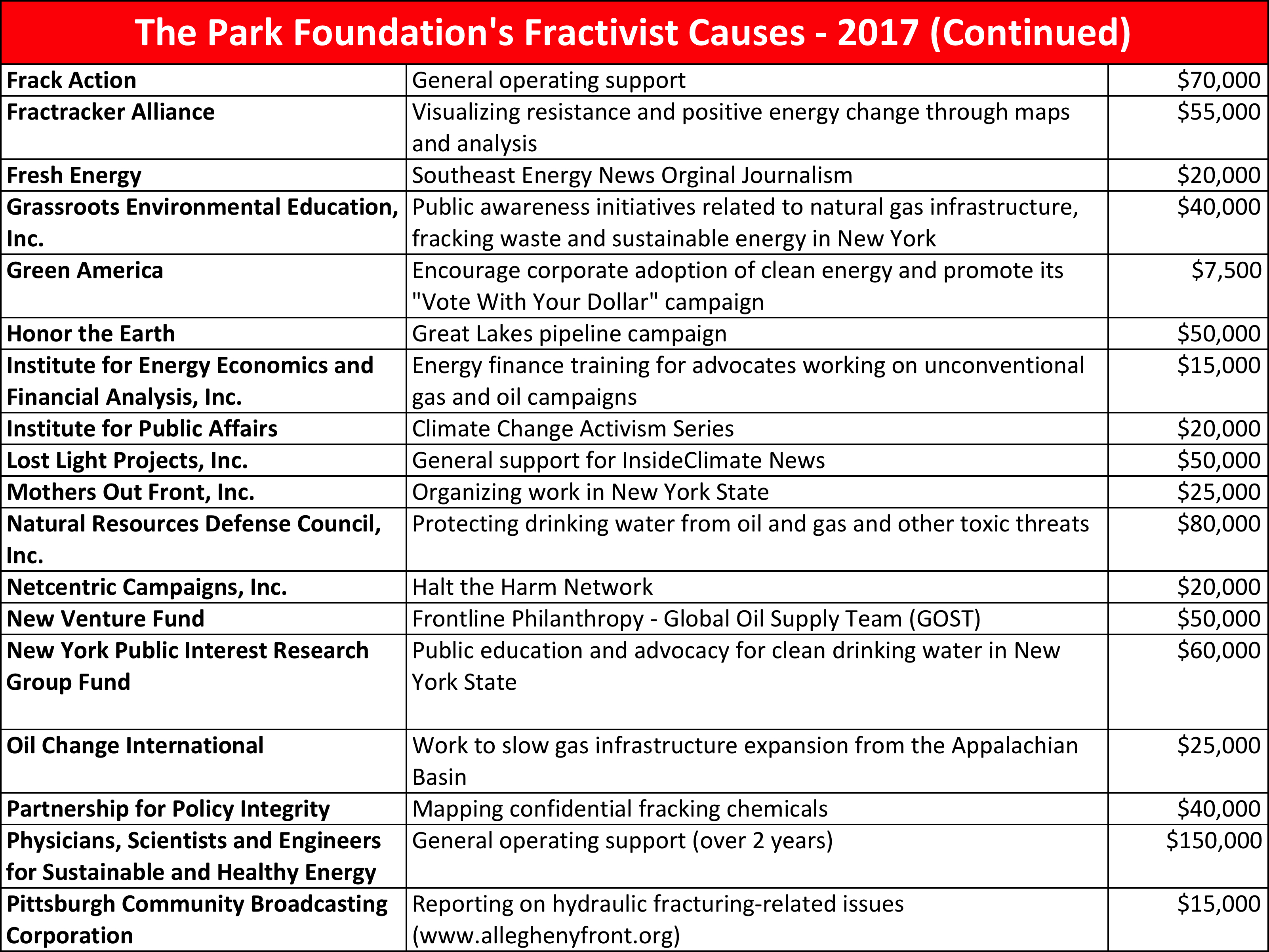 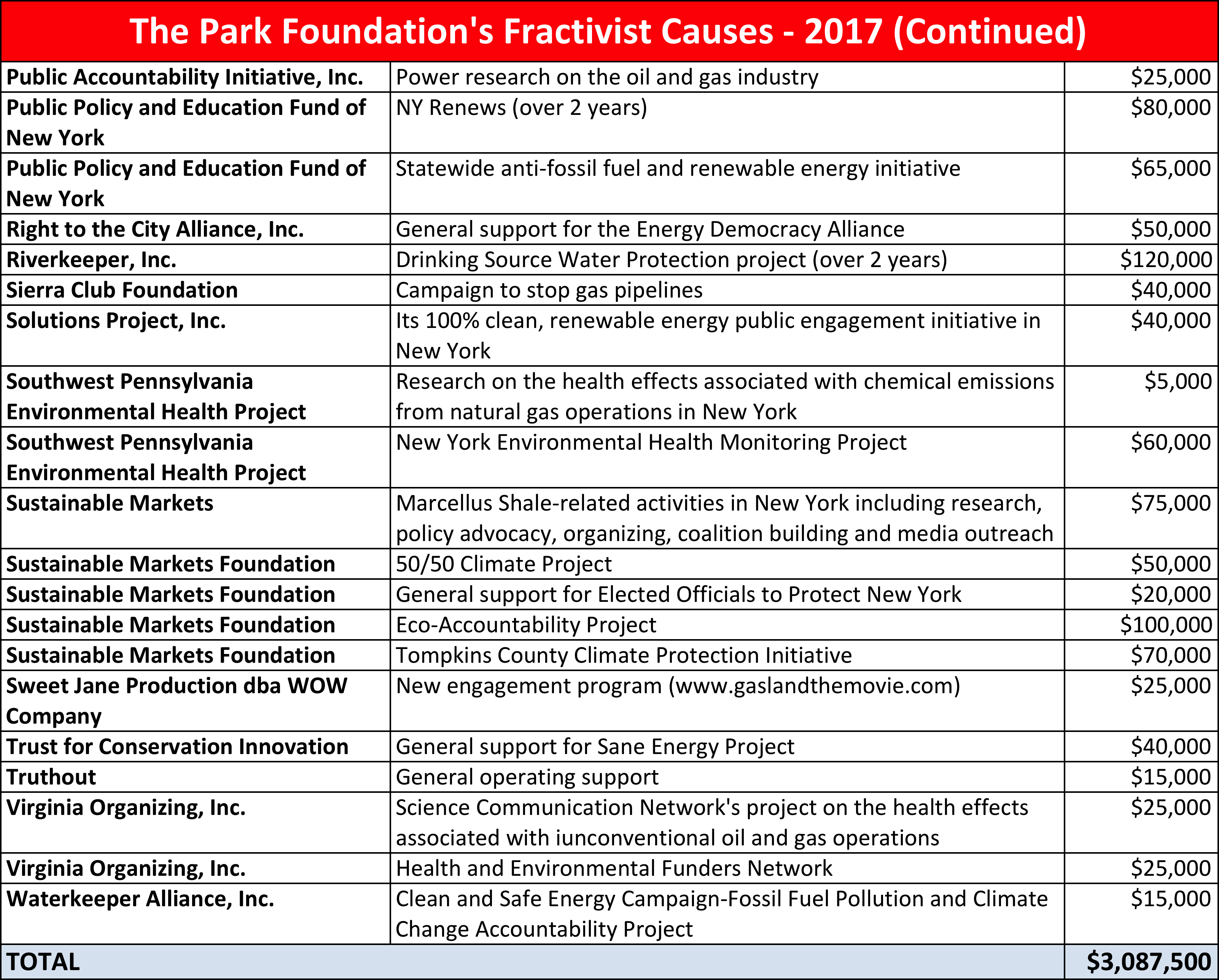 There are numerous observations to be made about this list, starting with the fact all these groups, despite the high-sounding names sometimes attached to them, are engaged in some form of fractivism, typically of a propaganda nature most definitely intended to influence legislation. But, the first point to be made has to do with the nature of the funder itself, which operates from this building (see closeup photo of the gas meter): 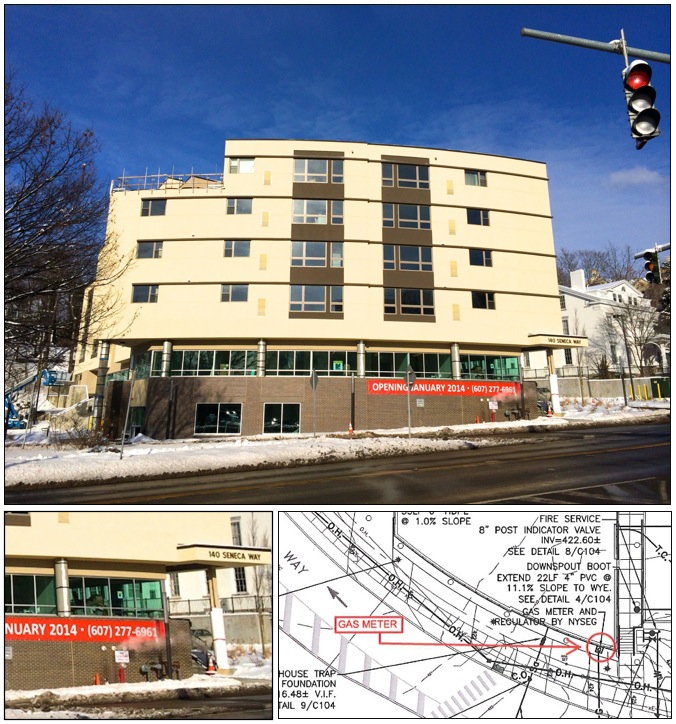 The hypocrisy is overwhelming, to be sure. But, it’s not just the headquarters. It’s also Adalaide Park Gomer, the trust-funder behind the whole thing. Not the money. She didn’t make a dime of it. She inherited it from a father who made selling cakes mixes and putting ugly billboards and she spends it freely. One suspects she does so to salvage her own self-worth from the depths of a guilt complex at having, in her mind, done so undeservedly well. Or, perhaps she’s simply engaging in some self-innoculation from criticism related to her wealth and multiple home lifestyle. Whatever the reason, and perhaps she’s just a true believer, she and the Park Foundation are manipulating the system to buy influence and unjustly deprive ordinary New Yorkers and other Americans from a decent economic livelihood. Study the tables and you’ll notice several more things:

Review the list and you’ll notice many other connections. The Park Foundation is, in a word, a scam.