Panda is developing a new natural gas-fired power plant in Maryland, and environmentalist groups are saying it’s black and white. It’s anything but.

Last year, the fight against the Panda Mattawoman Power Plant came to a head. Groups like the Riverkeeper, Sierra Club, Chesapeake Climate Action Network, and Earthjustice decided that to fight the new natural gas-fired power plant, they needed to make it civil rights instead of environmental rights.

I discussed the brewing fight here and from I could gather, this was NIMBYism and not based on race. If it were the latter then civil rights activists would have been brought it. Where is the NAACP, National Urban League or the ACLU? Where is my favorite, the Institute of Justice? It is really about keeping the power plants out of the area. 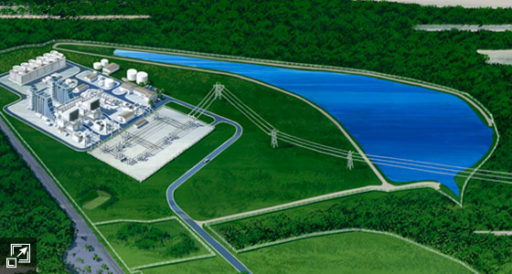 Panda Mattawoman was the third power plant planned in the area. With two more natural gas plants being planned, that means five plants, (four gas and one coal) operating within a 15-mile radius. If you thought the hype was over the top for one, the plan to add two additional plants to the area is ramping up screams of civil injustice.

Brandywine, Maryland is the home of this cluster of plants. It is a rural area with 6,719 residents, 72% are Black or African American according to the 2010 census. The area is also close to Washington, DC, Alexandria, VA, and Andrew’s Air Force Base. All demand power and lots of it. Brandywine’s large open spaces and proximity to existing infrastructure such as Pepco transmissions lines and a natural gas pipeline makes it an ideal location for these power plants. 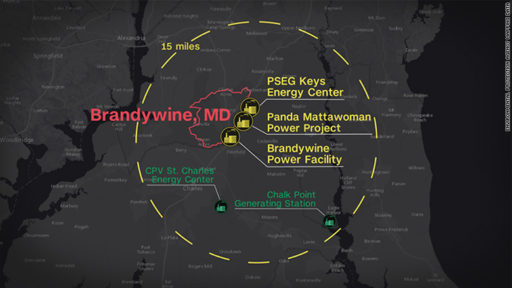 Fred Tutman of the Patuxent Riverkeepers claims their aim is only to change the process to allow the community to have more say – that after they filed a federal civil rights complaint against several of the state agencies that approved the construction of the Mattawoman plant. Nonetheless, Bill Pentak, Panda Vice President of Public Affairs, said the project was hardly news for the community:

“This has been a two-and-a-half year process for us, including public hearings with community members. At the end of it, seven state agencies reviewed our proposal and approved it,” said Pentak. “We’ve done our environmental impact studies and submitted them for review. We are not trying to hide anything.” 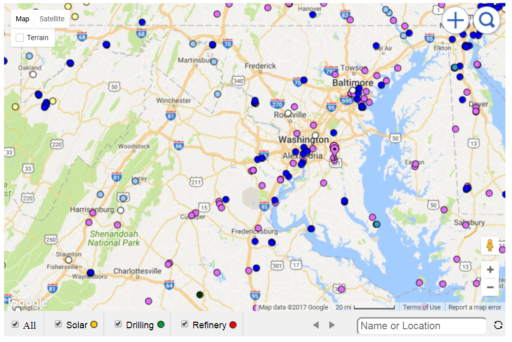 Critics argue that, on top of civil right infringements, these power plants are too close together in this confined area. CNN Money’s coverage of the story reminds the readers two of the plants are a “handful of miles” away from the Brandywine Elementary School. There are, though, few places in the nation where you will be further than a handful of miles from some kind of power plant. Maryland itself boasts 74 active plants so no matter where you are, one is nearby.

Moreover, the ongoing air quality in Maryland has been improving steadily. We as a state are, for the first time in 30 years, close to hitting federal air quality standards. This is not being happening through the use of renewables but from the use of natural gas. While it is true natural gas-fired power plants do produce some emissions; they are far lower than those of coal.

With the stability and our abundance of natural gas, we are seeing a positive shift in overall air quality in Ohio, Colorado, to Pennsylvania. Production is and consumption is up higher than ever and our air is getting better, so it stands to reason one or two more gas plants will replace one or two coal plants that either exist or would otherwise be needed, giving the citizens of Brandywine higher air quality than they have had in the past or would have in the future.

These projects are also going to bring hundreds of new jobs to the area during construction and bring in over $640 million dollars in tax revenue over the 40 year-life span. Compare the PSEG Keys Energy Center, one of the new Brandywine natural gas-fired power plants, to the offshore wind project in Ocean City.

These new power plants are not a civil rights issue. This is another example of fractivist groups attempting to put ideology above all else and playing it as if they are the protectors of the mistreated. Perhaps they would have a little more credibility on the civil rights score if they weren’t “mostly run by well-off white people concerned about conserving critters and our country’s natural beauty, not the health and welfare,” as even their friends at Grist noticed in an article about “The Unstainable Whiteness of Green.”