The Shale Revolution has been critical to PA’s agriculture, enabling farmers to keep and grow their farms while reducing costs on energy and supplies.

Everywhere one turns in the rural areas of Pennsylvania from Washington County in the southwest to Susquehanna County in the northeast, the shale revolution is boosting agriculture. Whether it is providing new sources of farm capital, lowering fuel and fertilizer costs, providing off-farm employment or maintaining the critical infrastructure needed by the industry, shale gas is having a very positive impact on agriculture. 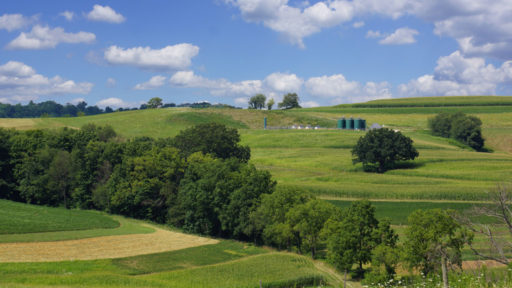 Recapitalizing farming enterprises is one of the major challenges facing Pennsylvania’s agricultural industry. Low commodity prices can starve a farm unless it has economic staying power or alternative sources of capital to sustain itself. Natural gas has provided such capital.

Relatively small natural gas companies such as Cabot Oil & Gas and Range Resources have literally paid billions of dollars in lease bonus payments and royalties to farmers in the counties where they operate. Cabot, for example, has paid out $894 million in royalties alone to 4,941 landowners since 2008. This additional capital has saved several farms and allowed many others to expand, while simply allowing a decent retirement for others so farms could transition to a younger generation.

Diesel fuel prices paid by farmers have also declined due the shale revolution. The USDA Economic Research Service, in a report issued this past August, noted the following:

The shale revolution has resulted in declining natural gas and oil prices, which benefit farms with the greatest diesel, gasoline, and natural gas shares of total expenses…

Among those enterprises, of course, are Pennsylvania’s grain farms which harvested $1.2 billion of product, according to the 2012 Census of Agriculture, the latest year available. The Ag Census also tells us Pennsylvania’s farmers spent some $312 million on fuel that year, so any fuel savings are significant to their profitability.

Pennsylvania’s farmers also spent over $351 million on fertilizer in 2012. The USDA indicates “natural gas accounts for about 75-85 percent of fertilizer production costs.” Savings on that raw input have recently helped reduce fertilizer costs for farmers after high corn prices pushed the price up in 2006. The 2016 price is roughly 32 percent below 2012.

A University of Michigan report from 2014 suggested this might happen, stating the industry stood “to benefit dramatically from the shale gas boom.” It noted that “just three years ago, more than half of U.S. nitrogen fertilizer was imported” but “a recently announced spate of new projects [after] no new ammonia plants had been constructed on U.S. soil in the past 30 years” was changing things.

Another sign of what shale has done for agriculture is found in census data for the farm and garden machinery dealers, where farmers spend their lease bonus payments and royalties. The number of individuals employed in such businesses and their payroll both started increasing in 2013 and has continued to grow since then with almost $129 million of wages and salaries being paid out for employees in that sector. The importance of this in terms of maintaining the critical mass needed to support Pennsylvania agriculture cannot be underestimated. 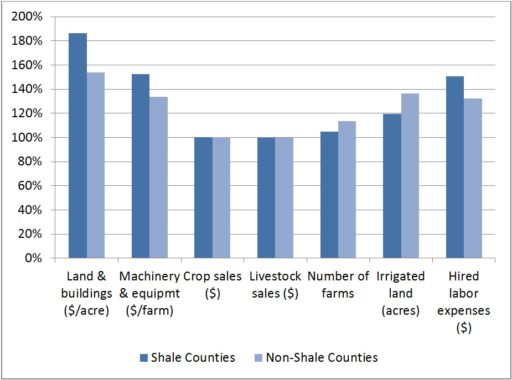 Farm equipment dealers aren’t the only piece of infrastructure needed by the agricultural sector. Farming also depends on strong communities and things like good roads. Once again, Cabot Oil & Gas data provides insight. This company has spent over $45 million on roads to serve its projects since 2009 and paid out over $60 million in Marcellus Shale Impact Fees to the Commonwealth (the industry has paid over $1 billion). None of this includes the $6 million Cabot has donated to community projects, including the building of a hospital and a college endowment.

Put it all together and there’s simply no doubt: the shale revolution has been a huge boost for Pennsylvania agriculture.

One thought on “PA Agriculture Benefits From the Shale Revolution”