Otsego County, New York, wrestles with the economic difficulty of operating a long-term care facility, the operation of which could have been more easily supported had the Town of Middlefield not scuttled natural gas development plans that might have supplied the facility.

The continuing discussion about the outcome for the Otsego Manor, our county long-term care facility near Cooperstown, New York, reveals what is a losing situation for all involved. The Manor should never have been built in the first place. The debt load it places on our county is not sustainable now or in the future. There is no other solution at the present time other than to sell and cooperatively work with the new owners.  Unfortunately, it also represents an Otsego County opportunity lost.

The financial issues connected with Otsego Manor are not confined to the debt incurred, but also include the day to day cost and maintenance of the facility – costs that could have been lowered with natural gas development in the Town of Middlefield, which, sadly, enacted an ill-conceived ban on the practice that, in combination with another such ban, is now working its way through the courts after challenge by Cooperstown Holstein Corp. and affected gas companies. 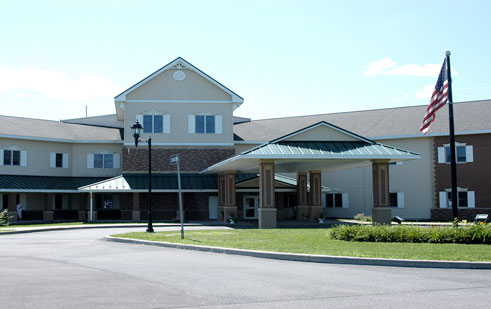 Five years ago Gastem, USA was poised to develop wells in the Town of Middlefield. Cooperstown Holstein Corp. (owned by Jennifer Huntington) would have had a conventional (vertical) well in the sandstone. The gas from the well was to be distributed locally. On the list of potential markets was the Manor. How much money would the Manor have saved by having a local affordable heating source?

The Cooperstown Holstein Corp. is no stranger to supplying natural gas to neighboring buildings, having supplied biogas to the Meadows County Office Building (former home of the Manor) and the County Sheriff’s Department. Not only would the Manor have benefitted, the surrounding community would have also reaped the benefits through the Ad Valorem taxes. These are the taxes the gas company would have paid to the town and to local school districts on the natural gas extracted. 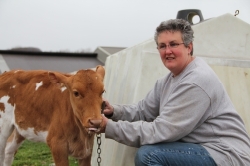 If gas wells had been developed into other formations, the financial benefits and possibilities would have helped the economics of the area. Unfortunately, the miracle of natural gas will not happen in Middlefield and the Manor will not reap the benefits of affordable energy and enjoy a self-sustainable future.

Compare this to the situation in nearby Pennsylvania, where the Endless Mountain Health Care System in Montrose, Pennsylvania, which, with natural gas dollars, was able to raise over $5.5 million dollars, in less than a year to build a brand new hospital.  What an opportunity lost!