Hard as it is to believe, Ommegang, the Otsego County beer folks who trendily opposed fracking, now, after losing power and beer, want power. NIMBY justice.

I’ve refused to drink Ommegang beer since 2012 when it became perfectly obvious what a  bunch of trendy hypocrites the gang really was. I wrote about it over at Energy In Depth. I used the story to illustrate their hypocrisy as a key opponent of fracking in Otsego County on the theory it would threaten their clean water supply. They were, at the time, seeking a permit to discharge 35,000 gallons of beer-making effluent into the Susquehanna River, which certainly didn’t do much for downstream Binghamton’s water supply. Moreover, the project involved horizontal drilling under a wetland and big-time consumptive use of water that was shipped out of the watershed as beer. The contrast between what they said and what they were doing was stunning. Now, shall we say, the worm at the bottom of the Ommegang bottle has turned.

One of our Otsego County readers alerted me early this morning to what appears to be a sudden recognition on the part of Ommegang that maybe it needs energy more than favorable publicity for jumping on a politically correct anti-fracking bandwagon under the banner of Otsego 2000 and financed by a former nun hanging with some rich “artists.” The headline pretty much says it all:

OMG! Ommegang wants power now? Yes, they do. Here are the relevant excerpts from the story:

ONEONTA – The threatened loss of 700 jobs at Amphenol is one thing, but the ruination of hundreds of gallons of beer at Brewery Ommegang last week dramatizes it even more:  Otsego County needs more energy.

“I hate to have that beer wasted,” Campbell said.

State Sen. Jim Seward, R-Milford, and Otsego Now CEO Sandy Mathes have been sounding the drumbeat for a year:  The county’s institutions and manufacturers lack a dependable power supply – natural gas, certainly – for their operations.  (They voice support for renewables, but say the technology’s just not there yet for large-scale applications.)

As recently as Monday, Seward announced the formation of the nine-county New Yorkers for Affordable Energy to pressure the Cuomo Administration and Public Service Commission to, in turn, pressure NYSEG to upgrade its supply.  In March, he and Mathes announce a coalition of nine Central New York county governments with a similar goal.

In 2016, Mathes convened a meeting of major energy users – the hospitals and colleges among them – perturbed by NYSEG’s “interruptible power” policy:  During cold snaps, they were being forced to shift to more expense and dirtier-burning fuel oil.

In addition to Amphenol, the Lutz Feed’s situation has been oft repeated:  The Oneonta feed mill bought a corn drier, but NYSEG said it couldn’t provide the natural gas to run it.

Before he arrived at the Cooperstown brewery, Campbell recalled, the phone rang at his New Canaan home in Connecticut.  It was Phi Leinhart, Ommegang’s internationally recognized brewer.

“Power’s out.  We had to shut down for the day,” Leinhart reported.

“How often does that happen?” asked the new brewery president.

Ommegang’s parent company, Duvel Moortgat, is very generous – but how long will they tolerate ruined beer being poured down the drain?  Campbell asked.

The irony here is just incredible. This is what Ommegang and other like-minded Cooperstown hoity-toity types said back in 2011:

We believe that the natural beauty of the lake and the surrounding area plays an important role in attracting visitors to our properties and that this is now imperiled by hydrofracking.  In addition to the contamination of the watershed, other risks to our area include tanker traffic clogging our narrow and rural roads and the existence of unsightly drilling rigs spoiling the landscape.  To be sure, the presence of hydrofracking will diminish the attractiveness of our area and render it less desirable as a tourism destination.  Beyond spoiling the rural character of our environment and endangering our health, jobs will be lost and population migration from our area will be unavoidable.  With hydrofracking activities dotting our landscape, property values are likely to decline thereby rendering the Cooperstown region a less desirable place to live, work and visit.

And, Senator Seward, of course, who would have everyone believe he’s rushing to the rescue now, was a big fan of “home rule” that would keep out gas drilling in 2012. Such is the courage of a typical New York State Senator these days and Seward is nothing if not typical, even telling his constituents he wasn’t qualified to interpret the Constitution despite having taken an oath to uphold it.

But, now things are different, of course. Suddenly, unexpectedly you see, there is an energy crisis. Fracking was stopped at Ommegang’s urging and with Seward’s acquiesance. The Constitution Pipeline was thwarted by Governor Corruptocrat, as Ommegang made its facilities available for an anti-pipeline rally conducted by Walter Hang, the Rockefeller family’s $2 million shill. Seward, to his credit, did support the Constitution Pipeline but opposed other pipelines that would have helped. But, now, after all that, something must be done, they say. The region needs more natural gas — a lot of it, in fact. 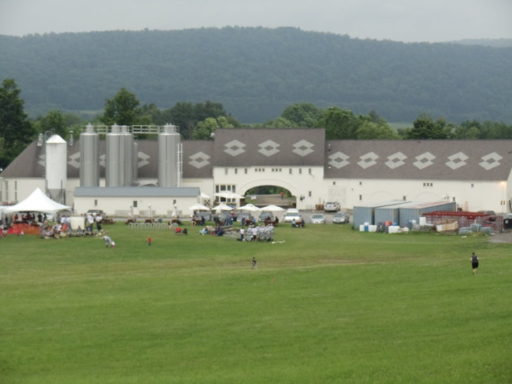 The solution proposed by Seward, unsurprisingly, is more or less the same one he proposed in 2012 when he offered a pointless “economic summit” as the way ahead. Anyone remember where that went? No, of course not. Now, he says he’s forming a “nine-county New Yorkers for Affordable Energy to pressure the Cuomo Administration and Public Service Commission to, in turn, pressure NYSEG to upgrade its supply.” More words; words directed at a corrupt governor the Senator has done little or nothing to stop from ruining Upstate New York. The idea isn’t necessarily a bad one but it’s literally more than five years late and, unless it’s accompanied by the Senate of which he’s a member doing something meaningful to step in the way of the out-of-control dictator running the Empire State, it means next to nothing.

Nonetheless, it is sweet poetic justice to see Ommegang now admit it needs the energy it opposed. What did it think would happen when it jumped on the anti-fracking and anti-pipeline bandwagons? That the movement would not metastasize and threaten its own energy supply? That natural gas would simply descend in a cloud like a genie going back into a bottle? Still, no one should take too much pleasure in the struggles Otsego County and Ommegang face. Those jobs are needed to help real families, just as the jobs fracking and pipelines would have provided were also desperately needed. Perhaps these events will open Ommegang’s eyes a bit to the danger of groveling at the feet of trust-funders who have financed and pushed fractivism. OMG, Ommegang! If that happened, I might even drink your damned beer.