Obama Secretary of Energy Ernest Moniz is no fool. He knows the Green New Deal is completely infeasible economically and politically. He is dismissing it.

The so-called Green New Deal plan being floated, which isn’t really a plan as much as general sentiments, was not only refuted by Democrat WV Sen. Joe Manchin yesterday, it’s also being refuted by some of the left’s biggest thinkers. Earnest “Hair” Moniz, former Secretary of Energy under Lord Obama, says the Green New Deal and its goal of 100% renewable energy by 2050 is, in a word, crazy. 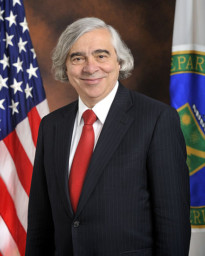 Well, Moniz didn’t use that exact word, but that certainly was his sentiment. Moniz said this: “The idea we’re going to have by 2050 … a 100 percent renewable system is not realistic, straightforwardly, certainly at a reasonable cost,” Moniz said in an interview, referring to one version of a “Green New Deal” target.

“It doesn’t violate the laws of physics to do it. But that doesn’t mean it is politically or economically implementable, and I think that is the issue.”

Moniz is, in fact, a fan of natural gas: “Moniz said the reality is that natural gas will have “a fairly long run” in the drive to decarbonize the U.S. economy, “because as more and more variable resources are brought into the electricity system, the more you are going to need natural gas for the balancing of that system.”

In other words, Hair just peed all over the Green New Deal, turning it bright yellow. Here is what he had to say:

The study, released today, was commissioned by the Breakthrough Energy Coalition, a group of private investors and global corporations organized by Microsoft Corp. co-founder Bill Gates. It was prepared by Moniz’s research nonprofit, the Energy Futures Initiative, and the IHS Markit Ltd. consulting group, of which Yergin is vice chairman.

The study concludes that “the need to address climate change is the challenge that calls most urgently for accelerating the pace of clean energy innovation.”

There are strategic and economic reasons as well for pushing energy research and development, the study said…

Yergin said the study wasn’t addressing “Green New Deal” goals explicitly, but he sees the embedded assets of the nation’s current energy infrastructure as a fact of life. “We have a $20 trillion economy that rests on an energy foundation that’s been developed over a century. It doesn’t go away overnight,” he told E&E News.

“The idea we’re going to have by 2050 … a 100 percent renewable system is not realistic, straightforwardly, certainly at a reasonable cost,” Moniz said in an interview, referring to one version of a “Green New Deal” target. “It doesn’t violate the laws of physics to do it. But that doesn’t mean it is politically or economically implementable, and I think that is the issue.”

Moniz said the reality is that natural gas will have “a fairly long run” in the drive to decarbonize the U.S. economy, “because as more and more variable resources are brought into the electricity system, the more you are going to need natural gas for the balancing of that system.”

But that role for natural gas means that in order to reach an 80 percent reduction in economy-wide carbon dioxide emissions by the middle of the century, new strategies are essential for underground storage of huge quantities of CO2 from gas combustion, he continued. Coupled with CO2 storage is the need for new processes to absorb carbon by developing crops with greater photosynthetic efficiency, direct capture of CO2 from the atmosphere and other carbon-reduction technologies, the report says.

The request for the study came from Gates and the Breakthrough partners, “who really wanted to understand how different parts of the system interact” and how something goes from an idea to the marketplace, Yergin said.

Republicans are also not buying the Green New Deal hogwash:

A coalition of congressional Democrats on Thursday laid out an ambitious “Green New Deal” to make the U.S. greenhouse gas-neutral by switching to clean energy and completing a variety of infrastructure and energy efficiency projects — a proposal Republicans quickly slammed.

The resolution, sponsored by Rep. Alexandria Ocasio-Cortez, D-N.Y., and Sen. Ed Markey, D-Mass., along with several other cosponsors, lacked specific actions and instead focused on broad goals such as “repairing and upgrading the infrastructure in the United States including by eliminating pollution and greenhouse gas emissions as much as technologically feasible.”

Ed Markey is a demagogue and Alexandria Occasional-Cortex is literally an empty-headed twit. There’s nothing upstairs in the brain department. Just listen to her talk for yourself! This Green New Deal nonsense is political pablum and nothing more. It’s going nowhere. That charlatans like Markey and Occasional-Cortex can even get elected is a sad commentary on our country.

Editor’s Note: Jim’s “empty-headed twit” is about the best description of AOC I’ve seen. It hearkens back to the “airhead” terminology used more often when I was young but the “twit” part is an important added dimension as it accurately conveys the silliness and annoying part of this Congresswoman’s persona and the outsized attention she’s been getting.

We’re guilty of giving her that attention, too, of course, but how can we ignore her when she’s so relentlessly pushed out front by a media that will, no doubt, soon turn on her equally relentlessly when her 15 minutes of fame has expired. Meanwhile, we have to tolerate a situation where the amount of media attention devoted to her is inverse to her intellectual ability and directly proportional to her ability to utter long uninterrupted bursts of nonsense.

Kill the cows, ground the airplanes, rebuild tens of millions of buildings, end fossil fuels and bankrupt society if necessary to do it. Those are some parts of the Green New Deal revealed in this FAQ by AOC. It was subsequently taken down when it all became simply too embarrassing.  The news media doesn’t mention to keep it safe from mainstream criticism. Yeah, they know none of that’ll sell and so does she, which is why you now get this instead of the FAQ: 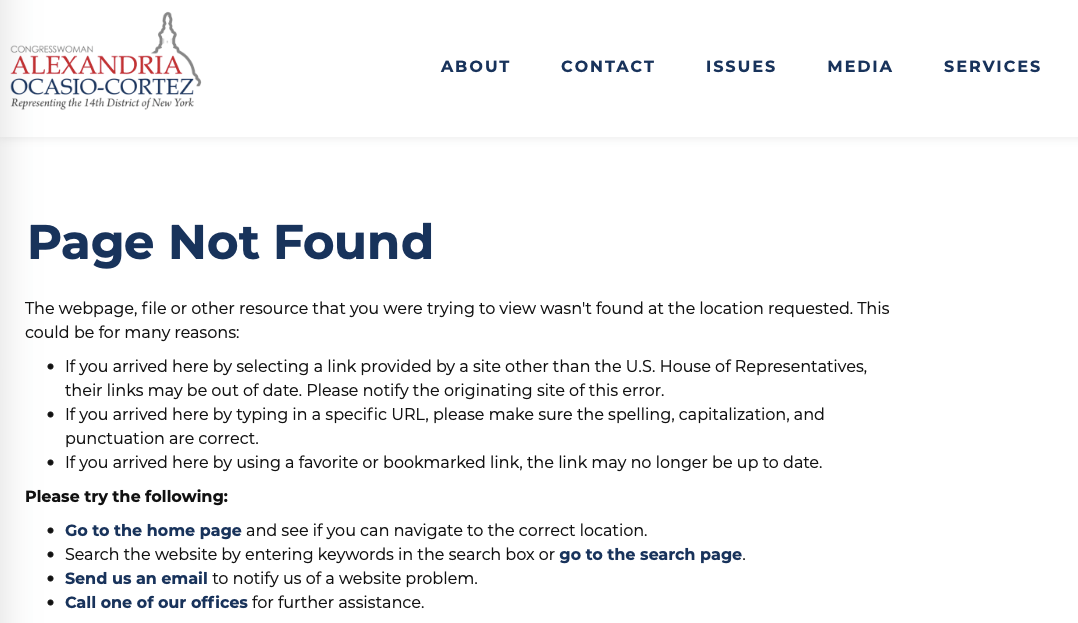 Moniz is correct. Her ideas aren’t remotely feasible economically or politically, which is precisely what they’re being advanced. The idea is to create chaos that will advance her own power, nothing more. The fact they won’t happen is a feature not a bug in her world.