While Upstate starves, New York City is booming and needs ever more natural gas, Con Edison already getting 81% of its supply from Pennsylvania shale gas.

A new report out from the New York Building Congress says New York City needs more power and, specifically, more natural gas to make power, if it is to continue to grow and provide economic opportunity. Entitled Electricity Outlook: Powering New York City’s Future, the report is frank admission the City and State need to get their act together on power if they don’t want to suffocated in summer heat by Governor Corruptocrat’s deal to force the Indian Point nuclear facility shutdown. More to the point, it illustrates the critical dependence of the City on Pennsylvania shale gas to meet those power needs.

The New York Building Congress is invested in the continual revival of New York City. It recognizes no city can grow and prosper without dependable sources of energy. Cities also need air conditioning—lots of it—during the summer to make life and work bearable. This is, presumably, why the Energy Committee of the Building Congress has dug into the data, to help educate legislators and other soapbox orators who tend to be the policy-makers in New York, on the need for more power, especially power made from Pennsylvania shale gas, given Upstate New York is not permitted to produce it. 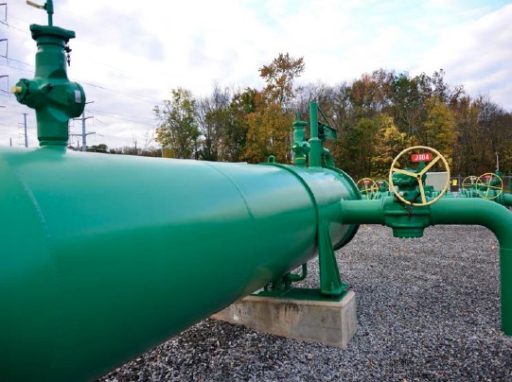 One tiny but stunning fact buried on page 4 of the report and highlighted below is the keystone (yes, pun intended) to understanding New York City’s growing dependence on Pennsylvania shale gas:

It is a startling figure and, better than anything else, puts the importance of pipelines such as the Millennium extension, the PennEast and Williams’ Northeast Supply Enhancement project into proper perspective. New York City, home to a commie mayor who trashes fracking, in a state of corruption that won’t allow Upstate to supply gas for the City, gets 81% of its gas from Pennsylvania shale gas. Yoko Ono also gets the gas to keep her $25 million Dakota apartment cozy from the gas fields of Pennsylvania where she went to protest it.

The report largely speaks for itself:

New York City is facing a confluence of events that will impact the availability of an adequate supply of electricity for homes, businesses, and public facilities throughout the five boroughs by 2027, if not sooner. New York City’s anticipated economic and population growth over the next decade, combined with the announced closure of Entergy’s two Indian Point nuclear power plants by 2021 and the potential retirement of the city’s aging electricity generating plants, presents significant risks to the city’s electricity supply outlook that merit immediate action…

During the first half of this decade, New York City has added 1,205 MW in generation and 660 MW in transmission capacity. Another 83 MW has been added via the increased use of solar energy. The supply of natural gas, which fuels nearly all of the city’s electricity generation, has likewise increased through the introduction of new pipelines and investments that have boosted capacity on existing lines.

Even though these energy infrastructure investments have been substantial, more investment will be needed in order to continue to meet New York City’s electricity demand in the coming years. NYISO is forecasting that summer peak demand will rise consistently through 2027, when it reaches 12,788 MW, or 1,798 MW above the actual 2016 peak.

Adding to the urgency of the situation is the announced closure of Indian Point’s two nuclear power plants, which provide 2,069 MW for Westchester County and New York City, or approximately 25 percent of the region’s energy supply. 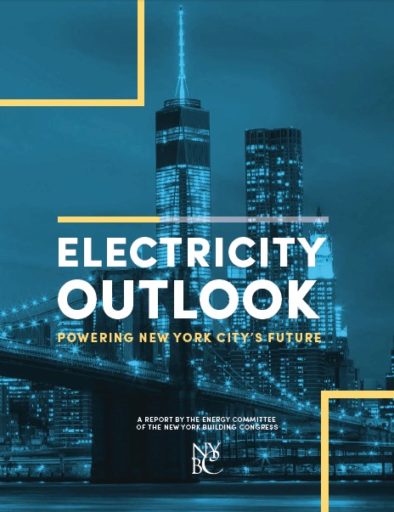 To benefit from these new sources of electricity supply, New York City will need new and improved transmission capacity…

New natural gas pipeline capacity with direct connection to New York City and Westchester County also will be necessary to meet expected growth in demand. Almost all in-city electricity generation now comes from natural gas burning plants, which has led to a 25 percent increase in demand for natural gas in Con Edison’s service territory over the past six years.

Four natural gas pipeline projects are currently at the final permitting or early proposal stage. Three of those projects – the Millennium Pipeline, PennEast Pipeline, and Mountain Valley Pipeline projects – would provide greater diversity of supply to the region as well as better price differentials as soon as 2018. The fourth, Transco’s Northeast Supply Enhancement project, would bring added natural gas directly into New York City, where the demand exists and is growing…

Ample supplies of natural gas are critical, as almost all in-city electricity generation comes from natural gas burning plants. Demand for natural gas, which has increased by 25 percent in Con Edison’s service territory since 2011, has been largely driven by New York City’s Clean Heat Program, which has produced a shift from heavy oil to natural gas in over 3,000 buildings. In addition, household demand for natural gas has continued to increase along with the overall population…

In its March 2016 Gas Long Range Plan, Con Edison forecasts that demand for natural gas throughout its territory will increase by 2.3 percent per year in the 2015-2020 period, and by 1.5 percent per year to 2035. Much of the increase is stimulated by continued oil-to-gas conversions in large buildings, by demand for new CHP projects, and increased consumption from new residential and commercial projects. As a result, Con Edison states that new pipeline capacity will be necessary.

One request for upgrade and three major new projects for natural gas pipelines are at the final permitting or early proposal stage.

Millennium Pipeline has filed with FERC for an upgrade to its Eastern System, which would add about eight miles of pipeline in Orange County, New York, and supply an additional 233,000 DT/day to the New York area by the fall of 2018.

The PennEast Pipeline, a 114-mile, 36-inch diameter project, will bring Marcellus shale gas in Eastern Pennsylvania to an interconnection with Transco in Mercer County in New Jersey. This will supply one billion cubic feet/day for many shippers, including Con Edison. Service is expected to begin in the second half of 2018.

The Mountain Valley Pipeline (MVP) is a proposed 300-mile, 42-inch diameter capacity line from West Virginia to the mid-Atlantic region. Although this pipeline does not directly connect into New York City, it allows access to different supply points, including for Con Edison. If fully permitted, the MVP is expected to be in service by late 2018.

Transco filed an application for its Northeast Supply Enhancement project with FERC on March 27, 2017. This project will deliver an additional 400,000 DT/day to National Grid’s distribution system at Floyd Bennett Field via the Rockaway Lateral. The project is expected to be in service in late 2019.

While the first three of these projects would provide greater diversity of supply as well as better price differentials, only the most recent Transco project would bring added natural gas into New York City, where the demand exists and is growing. As a result, Con Edison believes that new gas pipeline capacity into New York City and Westchester County will still be necessary within the 2017-2027 forecast period…

There are several risks to the NYISO forecast of resource adequacy for New York City’s electrical supply through 2027.

The scheduled retirement of the two energy generating units at the Indian Point Energy Center by 2021 suggest the immediate need for the State of New York to plan for new transmission and/or new generation to provide sufficient electricity capacity for New York City by 2021.

The lack of final permitting for additional transmission lines to New York City poses a significant threat to the city’s electricity supply by 2021.

While an estimated 726 MW can be saved through 2027 from energy efficiency, solar PV, and other behind-the-meter measures, issues concerning storage and behind-the-meter tariffs will impact the extent to which those savings will be realized. Improvements in storage and metering technologies, as well as regulatory changes, are needed to address these issues.

It has recently become evident that new pipeline capacity for natural gas supply into New York City will be needed within the forecast period to 2027.

There is no provision for addressing the potential retirement of any of the city’s aging fleet of in-city generators in the 2017-2027 period. More than 50 percent, or approximately 5,500 MW, of in-city generation is produced by plants that are more than 40 years old…

New pipeline capacity for natural gas with direct connection to New YorkCity and Westchester County will benecessary to provide sufficient gas supplies to meet the expected growth in demand. FERC should promptly approve the recent application for Transco’s Northeast Supply Enhancement project. In addition, the State and City should work together to convene a working group of key stakeholders, including utilities and natural gas suppliers, to develop a strategy for the planning and approval of new natural gas pipelines directly into New York City…

That about says it all, doesn’t it? Who’s going to break the news to the mayor? Is he back yet from that European protest yet?