While there will be a lot written over the next few days about the New York State Court of Appeals decision regarding “home rule” laws banning natural gas development in New York, it’s far from the end of the story.

The decision was disappointing, to be sure. The reasoning of the five justices who sacrificed Jennifer Huntington’s property rights on the altar of political correctness speaks for itself and may be summed up as this; “all” doesn’t mean all. Nonetheless, the judges have spoken and now we must look forward. 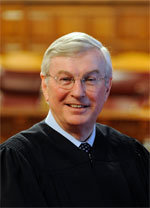 Is there anything to look forward toward, though, after this? Well, yes, there most definitely is. There are several good takeaways from the decision.

First, with regard to the decision itself, we must remember it is sometimes the dissents to decisions that shape future law. Judge Pigott’s dissent neatly summarizes what happened in this case. It’s worth reading and here it is (emphasis added):

The zoning ordinances of Dryden and Middlefield do more that just regulate land use, they regulate oil, gas and solution mining industries under the pretext of zoning (see Zoning Ordinance of the Town of Dryden § 2104 [1] [Prohibited Uses: (1) Prohibition against the Exploration for or Extraction of Natural Gas and/or Petroleum] and Zoning Ordinance of the Town of Middlefield, Article II [B] [7] and Article V [a] [“Prohibited Uses: Heavy industry and all oil, gas or solution mining and drilling are prohibited uses”]).

In Matter of Frew Run Gravel Prods. v Town of Carroll (71 NY2d 126 [1987]) — a case involving a supersession clause contained in the Mined Land Reclamation Law (“MLRL”) (see former ECL 23-2703 [2])* — we made clear that there is a distinction between zoning ordinances that regulate land use and local ordinances that regulate the mining industry. The former, which involve the division of the municipality into zones and the establishment of permitted uses within those zones, relate not to the extractive mining industry, but rather, to the regulation of land use generally (see Frew Run, 71 NY2d at 131).

The ordinances here, however, do more than just “regulate land use generally” (id.), they purport to regulate the oil, gas and solution mining activities within the respective towns, creating a blanket ban on an entire industry without specifying the zones where such uses are prohibited. In light of the language of the zoning ordinances at issue — which go into great detail concerning the prohibitions against the storage of gas, petroleum exploration and production materials and equipment in the respective towns — it is evident that they go above and beyond zoning and, instead, regulate those industries, which is exclusively within the purview of the Department of Environmental Conservation. In this fashion, prohibition of certain activities is, in effect, regulation.

Unlike the situation in Matter of Gernatt Asphalt Prods. v Town of Sardinia (87 NY2d 668 [1996]) — which involved a zoning ordinance that eliminated mining as a permitted use in all districts — the ordinances in these appeals do more than just delineate prohibited uses. Where zoning ordinances encroach upon the DEC’s regulatory authority and extend beyond the municipality’s power to regulate land use generally, the ordinances have run afoul of ECL § 23-0303 (2).

* This statute provided that the MLRL “shall supersede all state and local laws relating to the extractive mining industry, provided, however, that nothing in this title shall be construed to prevent any local government from enacting local ordinances or other local laws which impose stricter mined land reclamation standards or requirements that those found herein.”

Sooner or later, the legislature will have to deal with the issue, just as they did following the mining case that prompted all this, by amending their statute. When they do so, the differences between natural gas extraction, which covers multi-municipal geographies, will become crystal clear and one can expect the legislation will be tailored to those differences, perhaps giving municipalities rights to regulate some aspects of development (e.g., setbacks from residential zones) but prohibiting them from regulating natural gas development out of their communities when the needs of other communities would be impacted. Don’t expect the legislature to just codify the recent decision.

Home Rule Is Not Guaranteed

Secondly, one phrase from the majority decision caught my eye in this regard. This is where the court says:

“The discrete issue before us, and the only one we resolve today, is whether the State Legislature eliminated the home rule capacity of municipalities to pass zoning laws that exclude oil, gas and hydrofracking activities in order to preserve the existing character of their communities. There is no dispute that the State Legislature has this right if it chooses to exercise it.“

Those of you who watched the video of the oral arguments will recall the judges made this point even then. They aren’t going to let the legislature off the hook from its responsibilities and make it explicitly clear the lawmakers have the power to remedy this situation. Therefore, the way is now clear for them to do so.

Thirdly, we cannot lose sight of the fact both Dryden and Middlefield are well outside the area where horizontal drilling and hydraulic fracturing of the Marcellus Shale are expected to take place on any significant scale. Both are on the fringe areas of economic viability and have far more potential for other oil and gas development than Marcellus Shale development. Many municipalities with that potential, by contrast, have endorsed it.

This doesn’t mean there isn’t enough threat of such willy-nilly bans to discourage investment in New York. This leaves state policy at the whim of local elected officials. Still, bans have only been enacted where it doesn’t matter all that much (notwithstanding the fear of development is wrecking the lives of some Dryden and Middlefield landowners who just want to do what’s always been allowed). This fact will mean something when legislation is written to clarify matters.

Finally, whatever we may think of Andrew Cuomo, there is no question he can lead when he wants to lead and economic development has been one of his priorities. He will, as he moves forward with whatever he wants to do, desire a much better economic record with respect to the Southern Tier than he has now. Moreover, some of his natural constituencies very much want natural gas development, including, perhaps, some who are now ostensibly against it.

One suspects, for this reason, that Cuomo could well lead on the issue post-election, assuming victory. If Andrew Cuomo wants it, and it’s reasonable, it will happen. Democrats in the legislature will do as he asks. It’s not too hard to envision him picking up where the court left off and offering a grand compromise sort of comprehensive solution that allows development to go forward and addresses the pre-emption issue by giving municipalities some rights to control location of drilling, but not the ability to exclude it.

The world has moved on, as Nick Grealy noted yesterday. Entertaining the self-important gets tiring and costly when your state is left behind. Something tells me Andrew Cuomo doesn’t want to be left behind. That’s why I’m betting he may show some leadership after November, so let our opponents have their victory, such as it is. It could be very short-lived.

8 thoughts on “NY Home Rule Decision: All About the Meaning of “All””