Vic Furman scores a big victory by simply asking questions about the Broome County Solar Farm that was supposed to save taxpayer so much money but hasn’t.

Back in February, I wrote a post here about a Broome County solar farm deal with SolarCity that was supposed to create big savings for taxpayers but has long set idle after completion. I raised a bunch of questions and then followed up with a Freedom of Information request to the county for all the documents related to the project.

Now, as a result of those inquiries, the county has been forced to admit the deal everyone bragged about at the outset was a loser and the realization of that is what caused the county to insist on a better deal before it put the project online. However, the word from the county is that the new deal will generate even less savings than the old and that one was clearly a loser. 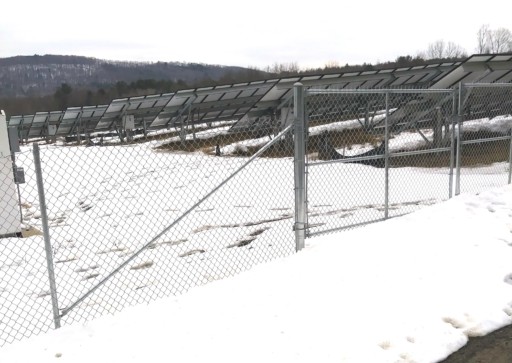 The $4 million dollar deal Broome County entered into with SolarCity was supposed to save more than $250,000 per year and we were all told the project would be completed and running a year ago. WBNG reported the delay earlier this year but County Executive Jason Garnar said it is would go on-line “very soon,” suggesting that meant another “month or two.” He also pointed out the county might not actually see any net savings as a result of the solar farm. Now, we’re learning this, courtesy of WBNG (emphasis added):

Construction on the project was completed last summer. But NYSEG’s initial plan to pay for power from the site would have wound up costing the county money.

Public works commissioner Leslie Boulton advised county lawmakers that the tactic was being used by NYSEG for several projects across the state.

When the solar project was announced by then-county executive Debra Preston in 2016, it was suggested it could save taxpayers more than $250,000 a year. It was expected to become operational last spring.

Boulton said state agencies eventually managed to resolve the rate issue with NYSEG so the county will gain some net savings from the solar farm.

NYSEG has not commented on why its initial rate proposal would have resulted in the county losing money by connecting the solar array to the grid.

Broome County executive Jason Garnar has said he expects the solar farm finally could be put into operation by the end of this month.

Garnar doesn’t know how much money the county ultimately might save with the solar operation but he has suggested the amount is going to be less than what had been promised.

Back in February, I asked why it took my call into a local radio talk host to prompt the host of the show to question the County Executive Jason Garner? I also, myself, later questioned Garner, during a segment called “Ask the County Executive” and he seemed to know little or nothing about the issue. Now, the truth has spilled out; the project made no economic sense even at an inflated $250,000 per year of savings and now we’re going to save even less.

When we look at how the project evolved, in fact, it’s clear there was never $250,000 per year of savings to be had in real money and the terms were constantly changing. The original deal, made in December, 2014, set the electricity rates as follows: 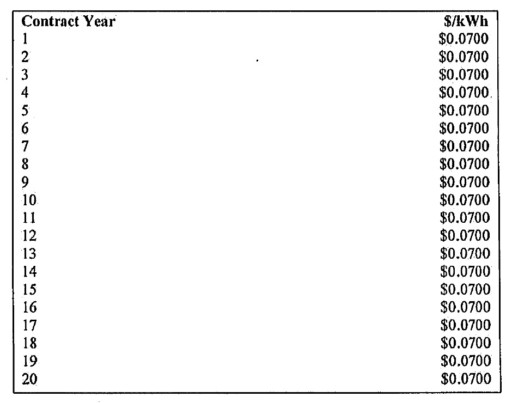 A year later, in December, 2015, a series of e-mails shows the project was undergoing relocation, redesign and repackaging. The email discussion concluded with a surprise proposal for a brand new 2% price escalator and this:

As this shows, the original deal would have generated $4,708,339 of savings over 20 years for a public investment of $4 million upfront. That was a loser deal for sure, as future money is worth a whole lot less than current. The proposal was to somehow raise the price over time, yet deliver more savings (try to figure that one out), although still far less than needed to justify the $4 million in upfront money. A new deal was signed in December, 2015, and the rates were as follows: 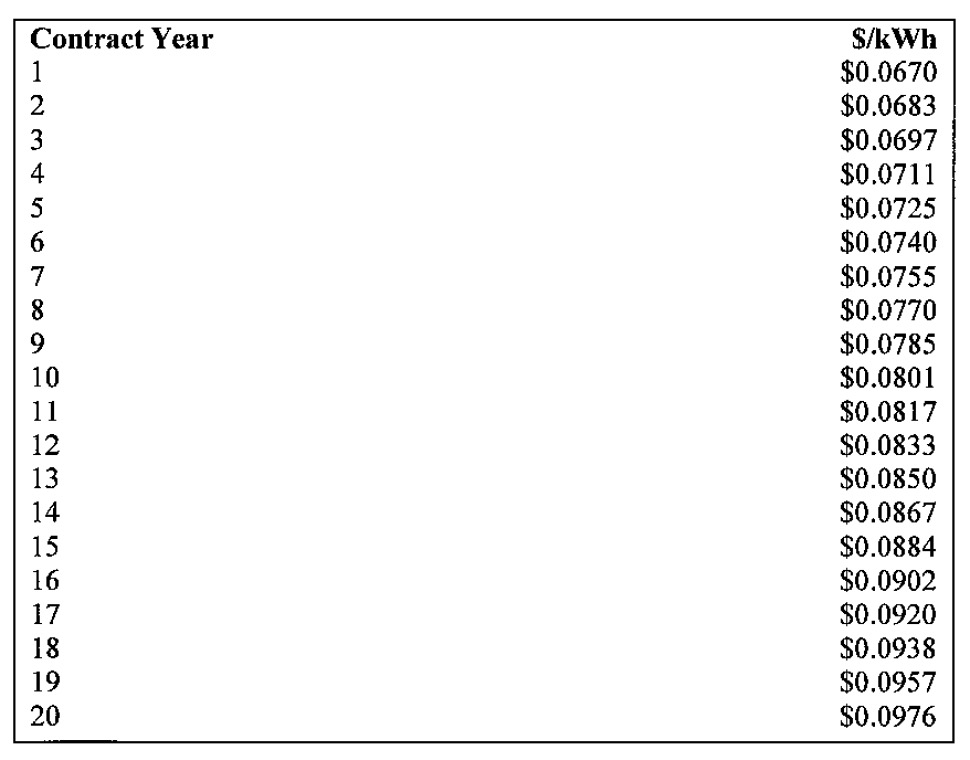 The chart shows the rates went down minimally for the first three years and way up over the next 17 years. Almost another year later, in November, 2016, the deal changed again to this, with the prices now raised to more than the original $0.07/kWh for the entire 20 years and much higher than ever: 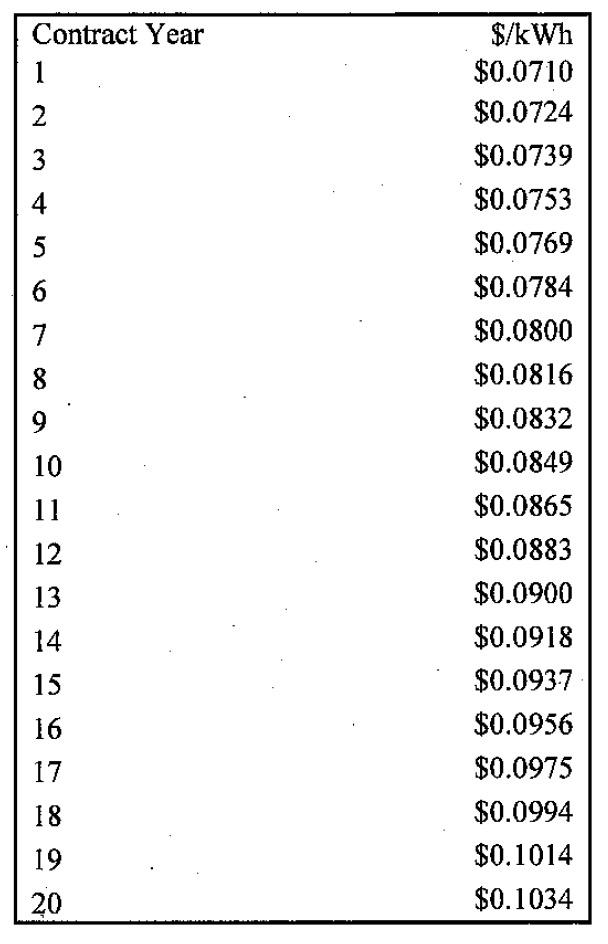 What’s happened since? It’s still not clear but it looks, from what’s being reported, that the rate is now up to $0.125/kWh for the solar gathered power, but the corporate rate the county already receives from NYSEG is $0.075, so where are the savings? The farm will actually cost Broome County taxpayers to operate and it will be online, we’re told, by the end of the month, locking in extra costs for 20 years. Any “savings” will, at best, be theoretical and long in the future, which means they’re no savings at all.

Frankly, I’m proud of helping to uncover this total waste of taxpayer money. The deal was proposed by his predecessor, Debbie Preston, but Jason Garner was a county legislator at the time and voted for this debacle. It is a scam, a waste of taxpayer money justified by phony benefits designed to appeal to green voters at the expense of other taxpayers. And, for all the solar fans out there, the reality is this; 100 acres of mature forest were clear cut to make way for these highly toxic solar panels that I guarantee won’t be saving a dime in 5 years.

Some $4 million dollars of our county and state and Federal taxpayer money was wasted for this feel good energy failure, while our Governor stands in the way of a truly economic fuel that could help revitalize our area to boot – natural gas.