The Second Circuit Court of Appeals just gave the Northern Access Pipeline what it needs; a good kick in the teeth to Andrew Cuomo.

There is still some rule of law left in this country and, strangely, it’s to be found in New York with a wonderful decision by the Second Circuit Court of Appeals that just gave the Northern Access Pipeline precisely what it needs to move ahead and build the darned thing. It’s been a long road, to be sure, but the Northern Access Pipeline gang showed their grit and keen understanding of what it takes to defeat the corrupt thug leading the Empire State these days. The court accused them of flim-flamming DEC, but no matter because it agreed their position was ultimately correct and DEC flim-flammed, after all, but it was Andrew Cuomo doing it, not them. The Northern Access Pipeline folks know that, too. 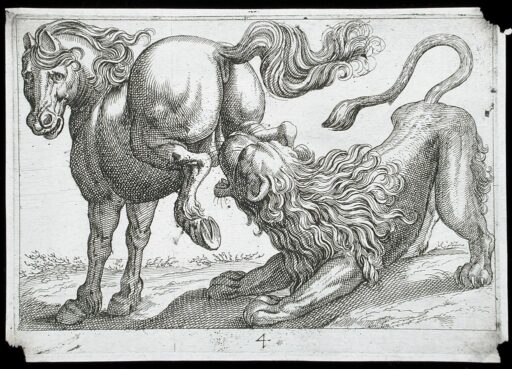 This is another of those water quality certification cases, of course. We discussed it here and several other places. The Federal law, it is well-established now, requires states to act within one year, period. There are to be no more blackmail games played by tyrants such as Cuomo to extend review periods so long as to kill projects, which is what effectively happened with the Constitution Pipeline as its people played Hangman with the crooked governor and got hung out to dry by granting repeated DEC (Cuomo) requests for more time.

The Northern Access Pipeline was onto the Cuomo game much quicker and actually fought back the minute they realized Cuomo was cheating. Bully for them. The game was up when the D.C. Circuit called out the fouls in Hoopa, but the wacko enviros, though, insisted it had to continue. They went to the Second Circuit and insisted the capo was honest and that the cort should simply ignore the law and everyone else to perpetuate the bullying by Cuomo as he used his DEC as a stick. Notwithstanding this, the Second Circuit, though sympathetic to DEC, has just said the law is the law and that’s the end of the story for the pipeline charade.

Readers can get a highlighted version of the Second Circuit opinion here, below are a few choice excerpts (emphasis added, citations deleted) from the Northern Access Pipeline opinion:

Petitioners New York State Department of Environmental Conservation and Sierra Club request that we vacate two orders of the Federal Energy Regulation Commission. These orders determined that the DEC had waived its authority under Section 401 of the Clean Water Act to issue or deny a water quality certification for a natural gas pipeline project sponsored by Intervenors National Fuel Gas Supply Corporation and Empire Pipeline, Inc. Petitioners challenge these orders on the ground that FERC erroneously concluded that Section 401’s one-year deadline for state action may not be modified by an agreement between the parties. We agree with FERC’s interpretation of the statute and conclude that the DEC waived its certification authority by failing to act within the statutory time limit…

We have already had an occasion to examine the text of Section 401 in a recent case involving some of the same parties here. That case concerned whether Section 401 permits the DEC flexibility to decide the beginning of the one-year review period. There, the DEC argued that its review process under Section 401 could begin only when it deemed an application “complete.” Much as it had done in this case, the DEC had from time to time asked an applicant to supplement an original application, contending that it needed additional information to continue its review. We concluded that Section 401 does not “specify that th[e] time limit applies only for ‘complete’ applications,” and that it cannot be interpreted to require a “complete” application because that approach would allow a state agency not only to dictate when the review process can begin but also to delay it indefinitely. We held that the “plain language of Section 401 outlines a bright-line rule regarding the beginning of the review: the timeline for a state’s action regarding a request for certification ‘shall not exceed one year’ after ‘receipt of such request.’”

We apply that approach. Both here and in New York I, the DEC wished to change the receipt date to give itself more time to review an application. The only difference is that, rather than unilaterally altering the date of receipt as the date it considered the application “complete” as it did in New York I, the DEC in this case asked the applicant to stipulate to a different receipt date. However sincere the DEC’s desire might have been to review the application as thoroughly and efficiently as possible by giving itself 36 more days, and however modest and reasonable that extension may have been, allowing the state to dictate the beginning of the review by agreement would “blur th[e] bright-line rule into a subjective standard.”

…The DEC argues that the time limit was intended to protect an applicant’s right to speedy resolution and, thus, an applicant should be able to waive or modify this right by agreeing to a different receipt date. But the legislative history shows that Congress was not primarily concerned with protecting the rights of individual applicants. Rather, it shows that Section 401’s time limit was meant to protect the regulatory structure, particularly in situations involving multiple states: in other words, to “guard[] against” one state “sit[ting] on its hands and do[ing] nothing” at the expense of other states that are also involved in a multi-state project.

That says it all, doesn’t it? A good kick in the teeth to a corrupt governor, if you ask me. And, the enviro challenge was a frivolous one intended only to delay the Northern Access Pipeline to the point it was dead, but it’s not. Justice has prevailed.