Back In August, I wrote here about just how dependent New York City is on natural gas, some 81% of the Con Edison supply already coming from Pennsylvania shale gas in 2015. The New York Building Congress had issued a report titled Electricity Outlook: Powering New York City’s Future that unequivocally articulated the need for more pipelines to deliver that gas to the city:

New pipeline capacity for natural gas with direct connection to New YorkCity and Westchester County will be necessary to provide sufficient gas supplies to meet the expected growth in demand. FERC should promptly approve the recent application for Transco’s [Williams’] Northeast Supply Enhancement project. In addition, the State and City should work together to convene a working group of key stakeholders, including utilities and natural gas suppliers, to develop a strategy for the planning and approval of new natural gas pipelines directly into New York City…

FERC is expected, not too long from now, to issue an Environmental Impact Statement on the Northeast Supply Enhancement project but we’re learning more and details already about that project and its contributions to the health and well-being of New Yorkers, including those living in public housing`projects.

Williams has established a first class website for the Northeast Supply Enhancement project which, unlike most such websites, is packed with links to outside resources documenting just why it is NYC needs gas and how that gas is benefitting New Yorkers. Take, for example, this report from the Urban Green Council, which tells us this (emphasis added):

Between 2010 and 2015, regularly benchmarked buildings cut their energy use by more than 10 percent and their total greenhouse gas emissions by almost 14 percent… 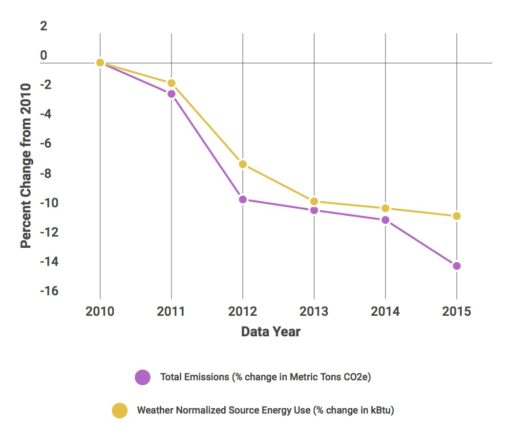 The NYC Clean Heat program was a major factor that contributed to the 14 percent emissions reductions reported between 2010 and 2015. The Department of Environmental Protection (DEP) phased out the use of the heaviest oils—fuel oils number 5 and 6—as primary heating fuels between 2011 and 2015. The City has achieved nearly full compliance with this regulation.

The decrease in heavy fuel oil use was confirmed by the benchmarking data. In 2010, more than 1,000 buildings reported using number 6. By 2015, those buildings had reduced their heavy fuel energy use by 92 percent. Buildings switching away from those fuel oils replaced them with natural gas or else fuel oil numbers 2 and 4. And though natural gas use in these buildings nearly tripled over the six years, overall energy use dropped—partly due to efficiencies afforded by new equipment and building improvements.

Our own research found even more data, such as these facts issued by the Mayor’s office last year regarding NYC’s program to convert buildings burning heavy heating oil to “cleaner burning fuel” (politically correct code for natural gas produced by fracking):

The conversion program began under the Bloomberg Administration and as all 5,300 buildings have now switched to a cleaner burning fuel, there has been a substantial reduction in air pollution, which models show will prevent 210 premature deaths and 540 hospitalizations each year. Neighborhoods with the highest density of boiler conversions – such as northern Manhattan, northern Queens, and the South Bronx – saw the greatest improvement in air quality with the greatest proportion of health benefits occurring in vulnerable, high poverty areas. In addition, the heating oil conversions have reduced citywide greenhouse gas (GHG) emissions by an estimated 800,000 metric tons of carbon dioxide equivalent…

Building on the success of NYC Clean Heat and DEP’s heating oil regulations, in September 2015, the City launched the NYC Retrofit Accelerator, a one-stop resource to help owners and operators of privately-owned buildings undertake a range of energy and water efficiency upgrades. The Retrofit Accelerator offers a team of efficiency advisors to provide independent, customized advisory services at no cost to building owners to identify energy and water upgrades and navigate the building retrofit process, including financing and incentive options.

The Retrofit Accelerator continues the mission of the NYC Clean Heat program by helping building owners convert off of No. 4 heavy heating oil and is a key component of Mayor de Blasio’s commitment to reduce citywide GHG emissions by 80 percent by 2050 (80×50). The NYC Retrofit Accelerator is expected to reduce citywide GHG emissions by almost one million metric tons and save New Yorkers $350 million in utility costs annually by 2025.

Notice how successful the NYC Clean Heat program has been in cleaning up NYC air, thanks to fracking and the pipelines that deliver the Marcellus Shale gas from Pennsylvania. Notice, too, that NYC is planning a second stage of the program. The first was based on converting boilers using No. 6 oil and now the emphasis is shifting to conversion of boilers burning No. 4 oil. Therefore, we can expect the emissions to further decline going forward, once again due to fracking and those pipelines.

Finally, notice where the biggest benefits go—to the highest poverty areas where public housing is served with aging and temporary boilers. Those boilers, in addition to being CO2 and smog manufacturing devices, are noisy and expensive to operate. We’ll see more projects like this one converted to the great benefit of public housing residents, taxpayers and the environment. 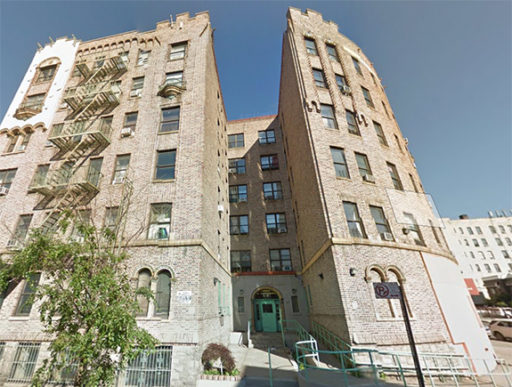