Northeast gas shortages are what really matter when it comes to fighting back against fracking bans, pipeline obstruction and other fractivist initiatives.

There is no doubt the Northeast (everything east from Pennsylvania) is at war over natural gas. Fractivists have been able to successfully demagogue the issue in places such as New York, New Jersey and Massachusetts. Those of us who have a different view have had few wins in this corner of America, despite the fact we’re living in the golden age of gas internationally and within those parts of the U.S. that actually have natural gas to develop. Yet, we’ve been handed two political gifts that show how to start winning. Both involve Northeast gas shortages.

According to Bloomberg, Andrew Cuomo plans to run for a fourth term as New York Governor in 2022. If true, that should send chills up the spines of all Upstate New Yorkers who want the ability to develop their natural gas resources. The guy won with a 61% margin in 2018, after all. If he wants another term he’ll probably get it. And, no one in New York seems to know how to run against him in the unabashed manner that would be required.

Fortunately, though, defeating Cuomo isn’t the real objective. Rather, it is to open New York State up to natural gas development. That is possible, even under a governor as bad as Andrew Cuomo, but only if we take advantage of the political gifts we’ve been given.

Two immediately come to mind and both relate to Northeast gas shortages. One is the Russian LNG that ended up being needed to heat Boston two winters ago. The other involves the ConEd and National Grid moratoriums on new natural gas connections in the metro area and elsewhere. 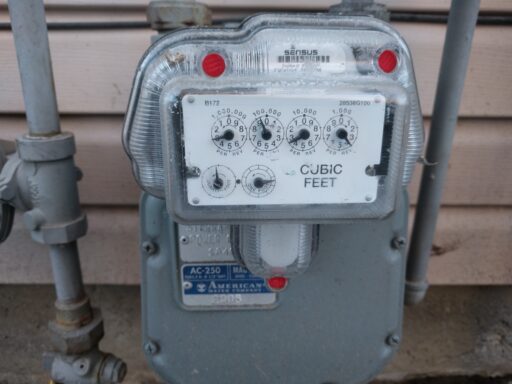 These Northeast gas shortages, both of which we have written about extensively here at NaturalGasNOW, are the only issue that matters if we’re serious about bringing natural gas development to Upstate New York. We need to focus on them with relentless intensity because they cut across other political lines and serve to illustrate the insanity of the Cuomo energy policy.

That insanity is revealed in a couple of recent stories in the press. One is an E&E News story about obstacles facing off-shore wind development. The thrust of the story was about defense considerations (which seem to be a stretch) but here’s what caught my eyes:

New York has set a goal of developing 9,000 megawatts of offshore wind, or roughly a fifth of the state’s current installed power generation capacity, by 2035. Connecticut recently passed a bill calling for 2,000 MW of offshore wind by 2035. Rhode Island is home to the country’s first offshore wind farm and a 30-MW facility near Block Island, and has plans for 400 MW of further development.

In some respects, Massachusetts and Maryland are furthest along. Vineyard Wind LLC, a partnership of Avangrid Renewables and Copenhagen Infrastructure Partners, is set to begin construction on an 800-MW project south of Martha’s Vineyard later this year. The Bay State plans to generate 3,200 MW of offshore wind energy by 2035…

Maryland, meanwhile, has approved subsidies for two offshore projects with a combined capacity of 368 MW.

We’re talking electricity here, not natural gas connections, but natural gas availability is the key to electricity generation. The numbers for off-shore are puny except as to the subsidies involved and the progress has been paltry at best.

More importantly, it’s not installed capacity that matters but actual generation and we know the numbers for wind are just terrible in comparison to capacity. New York’s 9,000 MW off-shore capacity goal amounts to perhaps 2,250 megawatts of real electricity, which is two good sized natural gas power plants requiring no subsidies. And, those plants are required anyway to back up the off-shore wind when, as frequently, it’s off-line as well as off-shore.

Off-shore wind, in other words, will contribute little or nothing to addressing Northeast gas shortages. More natural gas will be needed for electricity generation, not less, and that’s on top of the unsatisfied demand for gas heat. Benign neglect alone will suffice to address our concerns with competition from off-shore wind. It’s going nowhere on its own.

The same applies to Cuomo’s solar plans. We’ve already seen what a fiasco SolarCity has turned out to be, as this Real Money article explains:

Much like Tesla, SolarCity was the beneficiary of numerous tax credits for its clean energy installations. Most notable among its subsidies was the “Buffalo Billion” project that pumped funds into SolarCity for a factory in the western New York city.

According to The New York Times, $750 million was granted to SolarCity, headlining the subsidies. Reuters reported that the subsidies were broken down into $350 million to build a factory, $274.7 million for equipment and $125.3 million for additional costs…

For Tesla specifically, the project has also forced the company to be partnered with the SUNY Foundation, which entails numerous obligations.

Most prominently, the requirements specify that employment at the factory must reach 1460 people by April 2020, a significant increase from a workforce that was cited at about 800 in late 2018. Worse yet, the workforce was reported to be shrinking in early 2019 rather than growing with many operations apparently all for show…

The fine levied for any inability to comply with its requirements would be $41.2 million to the SUNY Foundation.

“A contract is a contract,” Governor Andrew Cuomo was quoted as saying in the Buffalo News. “The way we structured this transaction, it’s not a goal, and it’s nice if you make it. … It’s a benchmark. If you don’t make it, you pay us back.”

Notice the equivocation on the part of Cuomo. Even he knows what’s coming. It was all a big green mirage intended to purchase politically correct bonafides with downstate voters. But…now those same downstate voters are seeing what is they bought and more and more of them are looking for the “returns” desk. And, if you think the Northeast gas shortages we’re now seeing in the metro areas of the Northeast are a big deal—which they certainly are—wait until there’s not enough gas to make electricity when needed, especially if Cuomo is successful in shutting down natural gas peaker plants.

Northeast gas shortages are real and going to get worse unless Cuomo changes direction. They are, though, also our opportunity to force that change in direction by forging an independent coalition of folks, across party lines, who want assurances of gas and electricity availability in the future.

One thing about Cuomo is that’s he’s flexible. It’s hardly a virtue, but we know the man is capable of adroitly reversing direction, as long as he can somehow score political points. And, he will do so if we just continue to focus on the gas shortages and the need to address them. That means working with labor unions, public housing advocates, economic development interests and all those city cousins who simply want the energy Andrew’s policies are starting to deny them.

One thought on “Northeast Gas Shortages Are the Issue; The One Issue That Matters”