There’s no limit to how low the NRDC gang and friends will stoop to oppose oil and gas development but “Youth Climate Intervenors” is new and really low.

On day three of the evidentiary hearings to determine whether Enbridge Energy can construct a new oil pipeline in Minnesota to replace its aging Line 3 pipeline, Enbridge’s senior manager of land services was cross-examined by a 16-year-old high school student who has “been a competitive swimmer for eight years … loves music and plays the guitar and violin.”

The rookie barrister is one of 13 people under the age of 25—collectively known as the Youth Climate Intervenors—who have been granted status as legal intervenors in the Enbridge case. This means these young activists can submit testimony, call expert witnesses to the stand, cross-examine other parties’ witnesses, and request information of other parties through discovery.

But what is being sold as a story about a bunch of idealistic whiz kids joining forces to protect Minnesota from the nefarious pipeline company is really just the latest scheme launched by 350.org and other keep-it-in-the-ground activist groups to shut down much-needed pipeline construction across North America.

The Youth Climate Intervenors is a project of the Power Shift Network, an anti-pipeline activist group whose mission is “to mobilize the collective power of young people to mitigate climate change and create a just, clean energy future and resilient, thriving communities for all.” Power Shift’s board of directors includes executives from 350.org, the Natural Resources Defense Council, World Wildlife Fund, and the AFL-CIO. And its “network members” include Oil Change International, Rainforest Action Network, and Sierra Student Coalition, Sierra Club’s student organization. 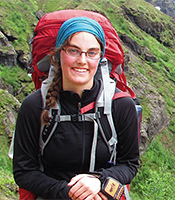 Akilah Sanders-Reed, the supposed founder of Climate Youth Intervenors, who is a Power Shift staff member

In fact, the “young adult” who is the founding member of the Youth Climate Intervenors is actually a Power Shift Network employee who sits on the board of MN350.org, the Minnesota chapter of the international activist organization.

Despite this direct link to some of the largest anti-pipeline activist groups on the planet, the young intervenors are still being lauded as a plucky band of whiz kids determined to take on corporate Goliaths on their own.

“About half the youth intervenors’ group hasn’t even graduated from high school, and they have no attorney to represent them,” reported Midwest Energy News, which covers “the important changes taking place as the Midwest shifts from fossil fuels to a clean energy system.”

“Members of the group,” they wrote, “have reached out to several experts, among them Oil Change International [and] NRDC.” Considering that executives from both of those activist groups sit on the Power Shift Network board of directors, it’s safe to assume they didn’t have to reach far.

This isn’t the first time environmental activist groups have used children and young adults to advance their agenda. Several years ago, the Sierra Club produced a “tip sheet” for activists planning to speak at a public hearing on the EPA’s plan to regulate carbon dioxide which said that “holding your baby at the podium” would make a “great visual.”

The anti-fracking group Food and Water Watch turned things up a few notches when they produced a training video called, “Lobbying for Kids,” which it described as a “practical training for Kids Against Fracking on how to lobby elected officials to stop oil and gas fracking.” (You can read more about this and other cases of kid lobbying in this great expose by Energy in Depth.) 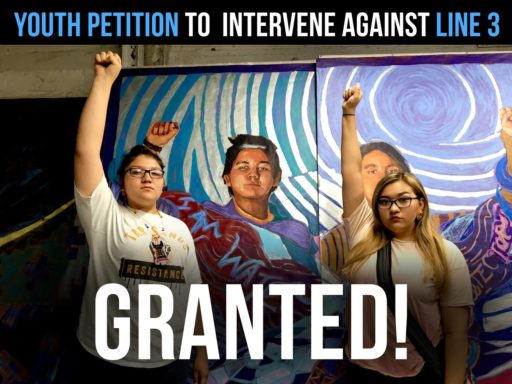 This is, however, the first time that activists have used children as part of their litigious campaign against pipelines. And it signifies a troubling trend of anti-pipeline activists using children to advance their keep-it-in-the-ground agenda.

Editor’s Note: The big fail here is that of a media that has completely sold its soul to special interest environmental groups who are automatically assumed to be on the right side of every argument. The media refuses to investigate and tell the full story because they empathize with the special interests and consider their own mission to serve as the echo chamber for those special interests.

The least little investigation would tell these pseudo-journalists what the NRDC gang and friends are really about— land and power—and environmentalism (especially of the fractivist variety) is merely the convenient facade of a phony movement. No such investigations ever take place, though, which leaves it to those of us in the blogosphere to tell the real story.

Part of the real story in this instance is that Akilah Sanders-Reed is no Minnesotan. She has been a student at a Minnesota college, She’s actually from New Mexico and despite being but 23 years old (which is hardly a “youth”) is already a serial protester. She filed a climate lawsuit in New Mexico in 2012, in fact, through her parents, Carol and John Sanders-Reed, and a group known as the WildEarth Guardians. Her mother works for the American Wind Wildlife Institute and “writes ecological models to prototype Golden Eagle mitigation for wind facilities.” Unsurprisingly, she attended high school at Albuquerque Academy, a trendy private school costing as much as $35,000 per year. Yet another spoiled child telling the rest of us how to live, in other words.