If our friend Nick Grealy was still around he’d be writing something very clever about the news; the Brits are finally going to start fracking in Lancashire.

Nick Grealy was speaking up for shale gas in the UK and around the world long before I got to it. I discovered his No Hot Air website very early in our own struggle and found it to be a wonderfully witty, in-your-face, source of information and attitude. Nick left us for  a better place not so long ago. He had hoped to live long enough to see his fellow Brits finally get fracking after almost a decade of delay in spite of his determined advocacy. He didn’t quite make it, but I have to believe he’s smiling up there today because the UK just authorized fracking in Lancashire. 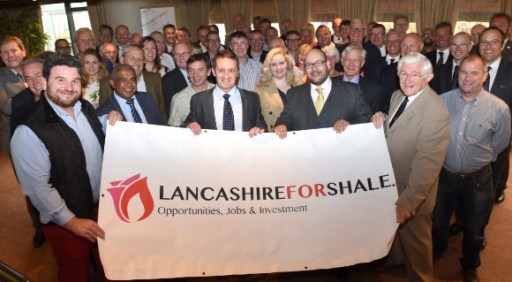 It’s been a very long haul. The shale gas wells were drilled some time ago, but hydraulic fracturing of them hadn’t yet been approved. Moreover, the Guardian was still trashing the idea this past January even as its offices were using natural gas to keep toasty. Now, though, our friends at Lancashire for Shale have finally prevailed. Here’s their big announcement from yesterday:

THE SECRETARY OF STATE FOR BUSINESS, ENERGY AND INDUSTRIAL STRATEGY (BEIS) HAS TODAY GIVEN CUADRILLA FINAL CONSENT FOR HYDRAULIC FRACTURING AT PRESTON NEW ROAD

All other relevant planning and permits required were already secured. The company is now in the process of preparing to apply for consent to carry out hydraulic fracturing operations for its second horizontal shale gas exploration well at the same site.

Francis Egan, CEO of Cuadrilla, said: “We are very pleased to be the first operator in the UK to have been awarded final consent to hydraulically fracture the UK’s first onshore horizontal shale exploration well. This is a testament to, and underpinned by, our strong track record of running a world class shale gas exploration site at Preston New Road, in compliance with robust health, safety, environmental and planning regulations. It is also a win for Lancashire, which has already benefited directly from over £10m of investment as a result of our exploration works at Preston New Road to date. We now look forward to submitting a fracture consent application to BEIS for our second exploration well and moving on to fracture the shale rock and flow the natural gas which we believe will make a major contribution to reducing the UK’s gas imports and improving our environment and economy.”

Lee Petts, chairman at Lancashire For Shale, welcomed the news: “This is fabulous news for Lancashire, putting it squarely at the forefront of the UK’s nascent shale gas industry. The opportunity for local suppliers to gain a significant first-mover advantage cannot be overstated. Already, operations at Preston New Road have seen millions of pounds spent with Lancashire businesses, and the scope for that to grow in the future is astonishing – there really is nothing with quite the same potential to change the game for Lancashire’s economy. We are delighted that the Secretary of State has recognised this potential, and given Cuadrilla the final approval it needs to get on with demonstrating that Lancashire shale gas can be recovered in commercial quantities so that we can better assess the role it will one day play in meeting our energy needs as a nation.” 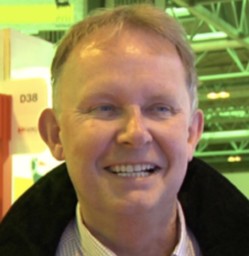 Readers of this blog may recall Nick Grealy was very optimistic about the results that would be achieved when the UK finally started fracking in Lancashire. He was always bragging about the Bowland Shale potential and knew in his heart this would be a big day. Now it’s come and, while I’m sad he’s not here to write something clever about it, I do know he’s smiling, wherever he is.

He would also find it very humorous that I’m so presumptuous as to suggest I know where he is. He was that kind of guy. But I do think I know and I’m especially happy for him today.

3 thoughts on “Nick Grealy Is Smiling Up There: Brits Finally Start Fracking in Lancashire”