Vic Furman reports on the meeting last night in the Town of Fenton regarding the NG Advantage proposal. It went well. Could some minds have been changed?

Tonight was another night where two sides met in a forum opposing each others opinion on a proposed NG Advantage transfer station. Enrico (“Rico”) Biasetti, the CEO from NG Advantage, gave a great presentation to the audience, who mostly sat quiet and listened. It was very informational and helped dispel many of the myths being spun by antis.

Biasetti talked about studies done by the New York State DOT on traffic. The agency concluded there was “no significant impact” in regard to traffic. He also talked about noise, countering more of the fiction spread by antis, noting OSHA indicates “ear plugs not needed – optional” for this type of activity.

The parks department was also there and indicated they had no safety concerns about the site selection on their border.

Members of the board  board asked some good questions regarding evacuation distances in case of a catastrophic accident and fire responders training. They  even asked the school superintendent about a proposed agreement in which traffic would be halted during peak school bus time.

For the most part it was a civil meeting with only a few rude people interrupting. There was so little of it it’s not even worth describing. There was, however, a great show of support for NG Advantage from locals and union members (e.g., local pipe fitters). A vote was postponed as not all board members were present and the planning board has to first declare itself as the lead agency in the SEQRA process.

The meeting was very educational. I was, of course, approached by people from the anti side. That was to be expected. Some were civil in their engagements. Then, there were others with degrees from the Vera Scroggins School of Insults. Were minds changed? I think some were, but, as for admitting it to others, we’ll have to wait and see. 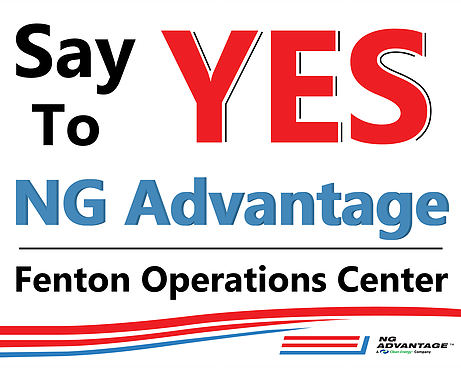