A report commissioned by Energy In Depth documents economic growth is the central factor in achieving good health and fracking helps deliver that growth.

I served, for several years, on the board of our local hospital, the last five as chair. It was a wonderful experience and one where I learned a great deal about what makes for good health, as we were exposed to regular updates on community health factors. One of things we learned was the role of a healthy economy in achieving good health. That relationship was stated, with much clarity, in a 2005 International Journal of Epidemiology article by M. Harvey Brenner entitled “Economic Growth Is the Basis of Mortality Rate Decline in the 20th Century.” The title, in fact, says it all.

Energy In Depth recently commissioned a report that takes this a step further by examining the role of gas drilling and fracking in producing this economic growth within parts of Pennsylvania. It studies how such growth has affected community health, vis-a-vis mortality rates, in those areas. Readers will not be surprised to learn “the top Marcellus counties experienced declines in mortality rates in most of the indices.” 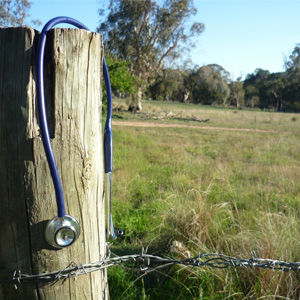 Nicole Jacobs at Energy In Depth has put together a succinct summary of the report. It’s titled “Health and Well-ness: Analysis of Key Public Health Indicators in Six of the Most Heavily Drilled Marcellus Shale Counties in Pennsylvania.” The full report is authored by Susan Mickley, a friend and graduate of the Yale University School of Medicine/Epidemiology and Public Health with a career in public health needs assessment and long-range planning. She used Pennsylvania Department of Health data to draw her conclusions and here are some of her key findings (emphasis added):

The two primary economic indicators for the working population in the top Marcellus counties show that the workforce did better than the state workforce on all counts. Per capita income growth (Figure 6) was significantly higher than the state except for Tioga County, which was only slightly higher. The unemployment growth rate (Figure 7) also was significantly better than the state. Favorable economic indicators positively influence health outcomes, as the population can afford more health insurance, more preventative care, dental care, medical equipment, prescriptions and insurance from their employment.

Chronic Lower Respiratory Disease (CLRD) is a disease category predominately su ered by the elderly, therefore the death rate for CLRD would be expected to be highly influenced by an area’s elderly population and percentage of elderly-to-total population…

The six-county area is consistently higher than the state from 2000-2014, which is in line with their higher elderly populations…

Three of the six shale counties — Bradford, Lycoming and Susquehanna— experienced significant declines in the CLRD death rates between 2009 and 2014. Their rates were almost at or below the national rate by 2014. 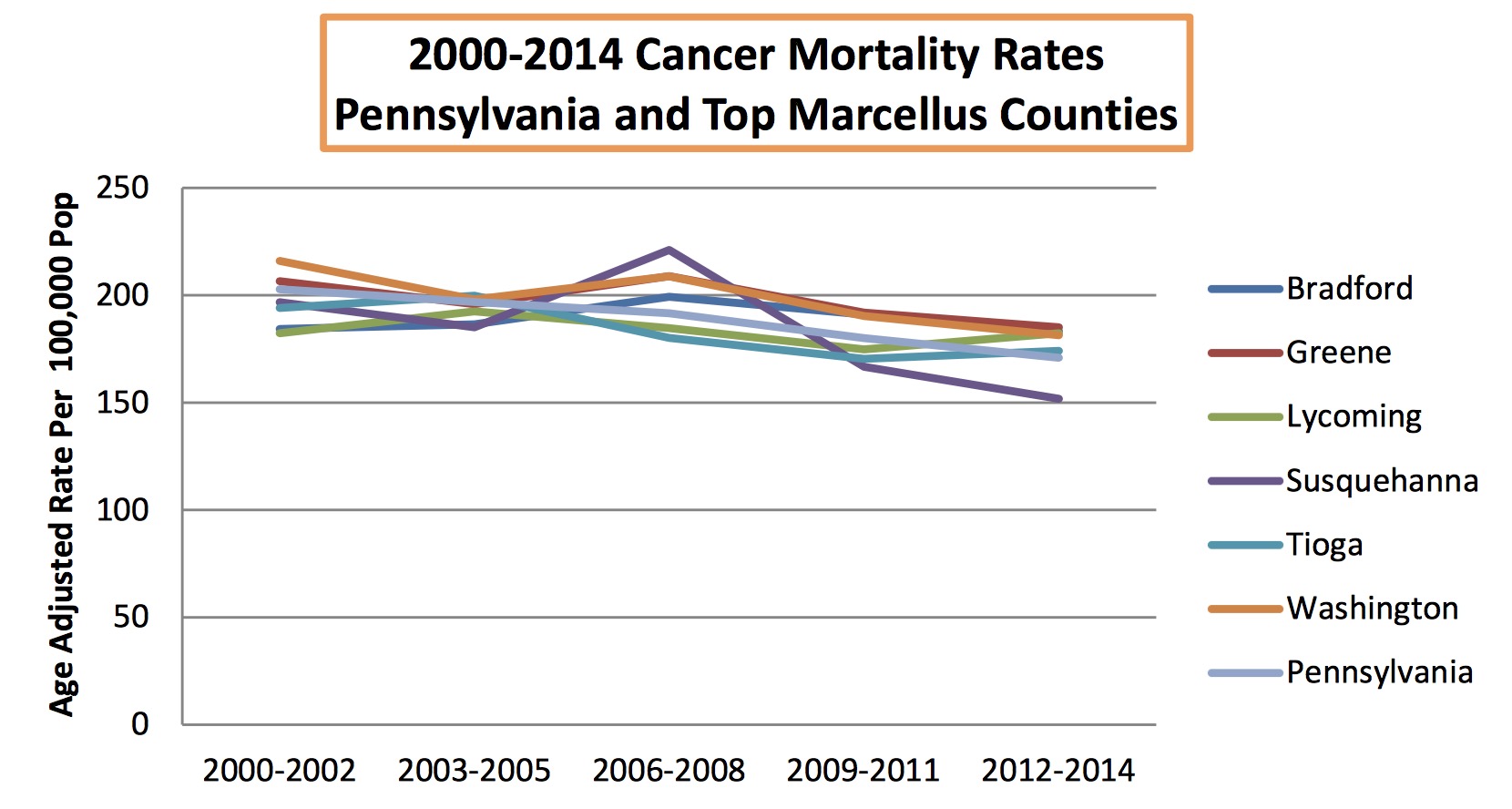 The following graph (Figure 18) of the six-county area and Pennsylvania trends in age-adjusted heart disease death rates shows a significant reduction in deaths due to heart disease. 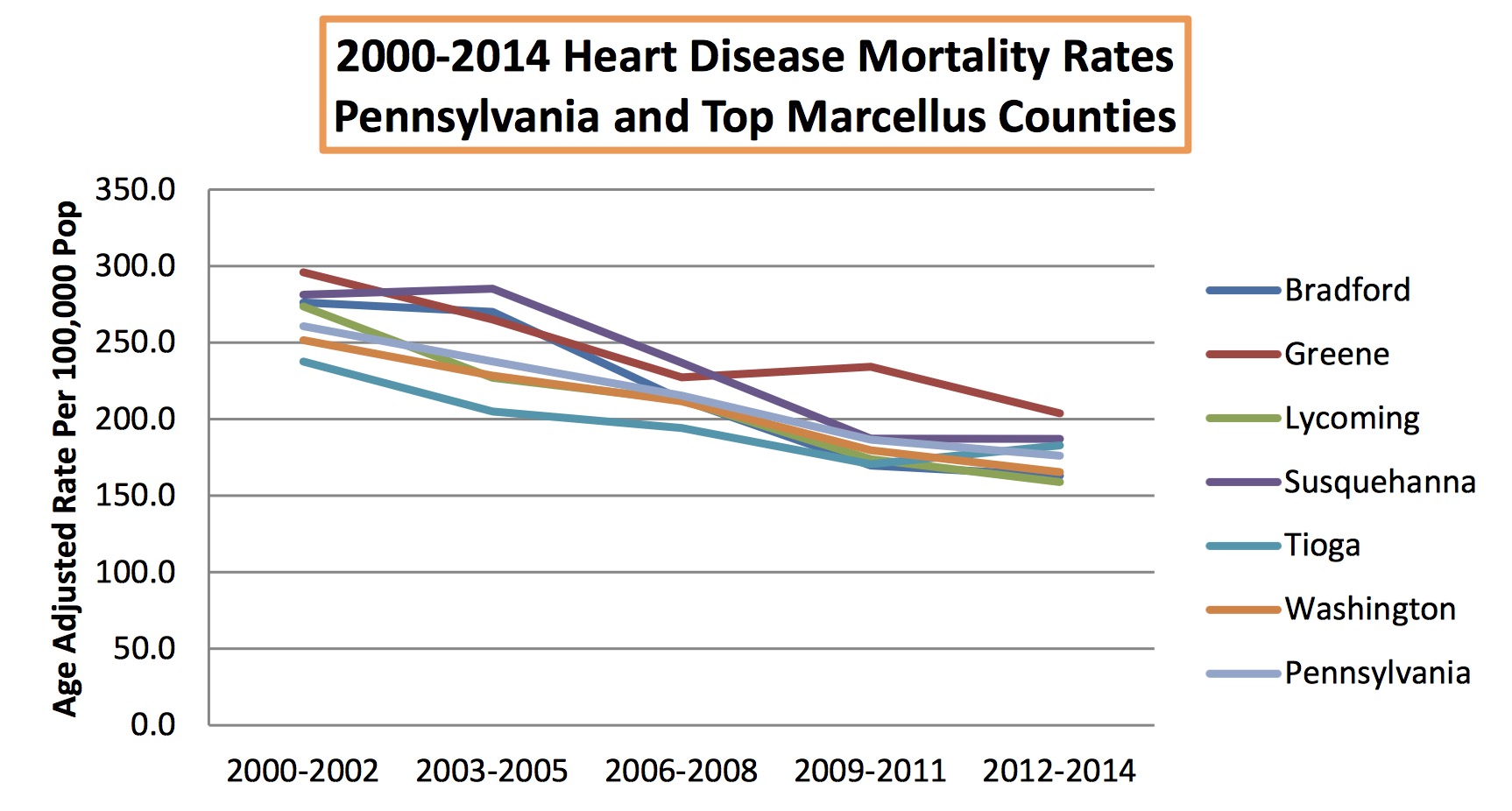 Stroke is the primary cause of death in the cerebrovascular disease category….

As Figure 19 shows, death rates due to CD declined significantly for the state and the top Marcellus counties despite the increase in the elderly population. 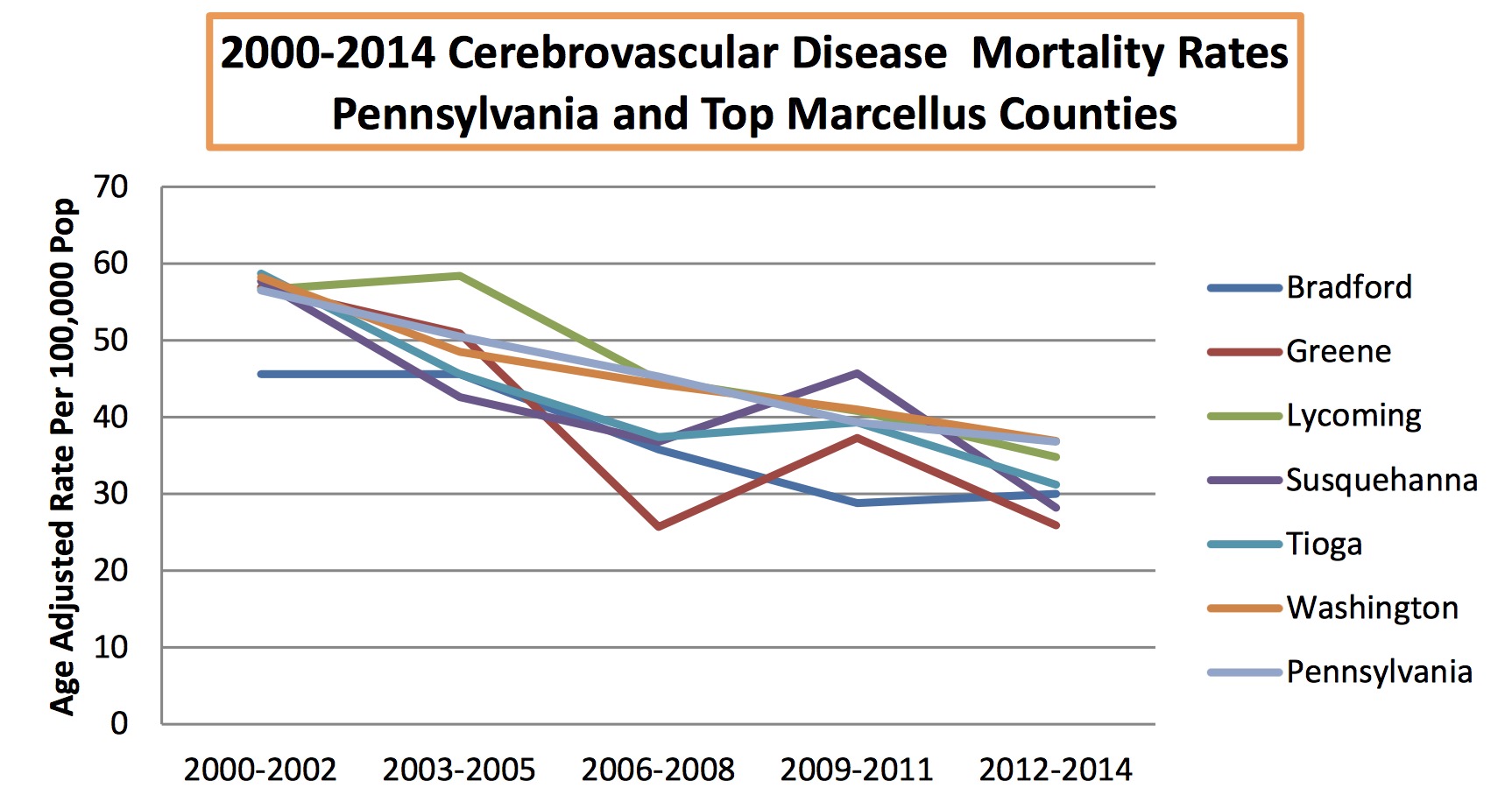 The CDC lists kidney disease as the ninth leading cause of death in the United States, impacting more than 20 million adults or 10 percent of the U.S. adult population…

Nephritis/nephrotic syndrome mortality rates (Figure 21) declined in all of the top Marcellus counties and the state, except for a slight overall increase in Greene County. Except for Greene County, all counties and the state were at or below 15 deaths per 100,000 by 2014, while all but one was at or above 15 deaths per 100,000 in 2000. There was an overall decline in the nephritis/nephrotic syndrome mortality rate for the top Marcellus counties, despite the large increase in the elderly population. 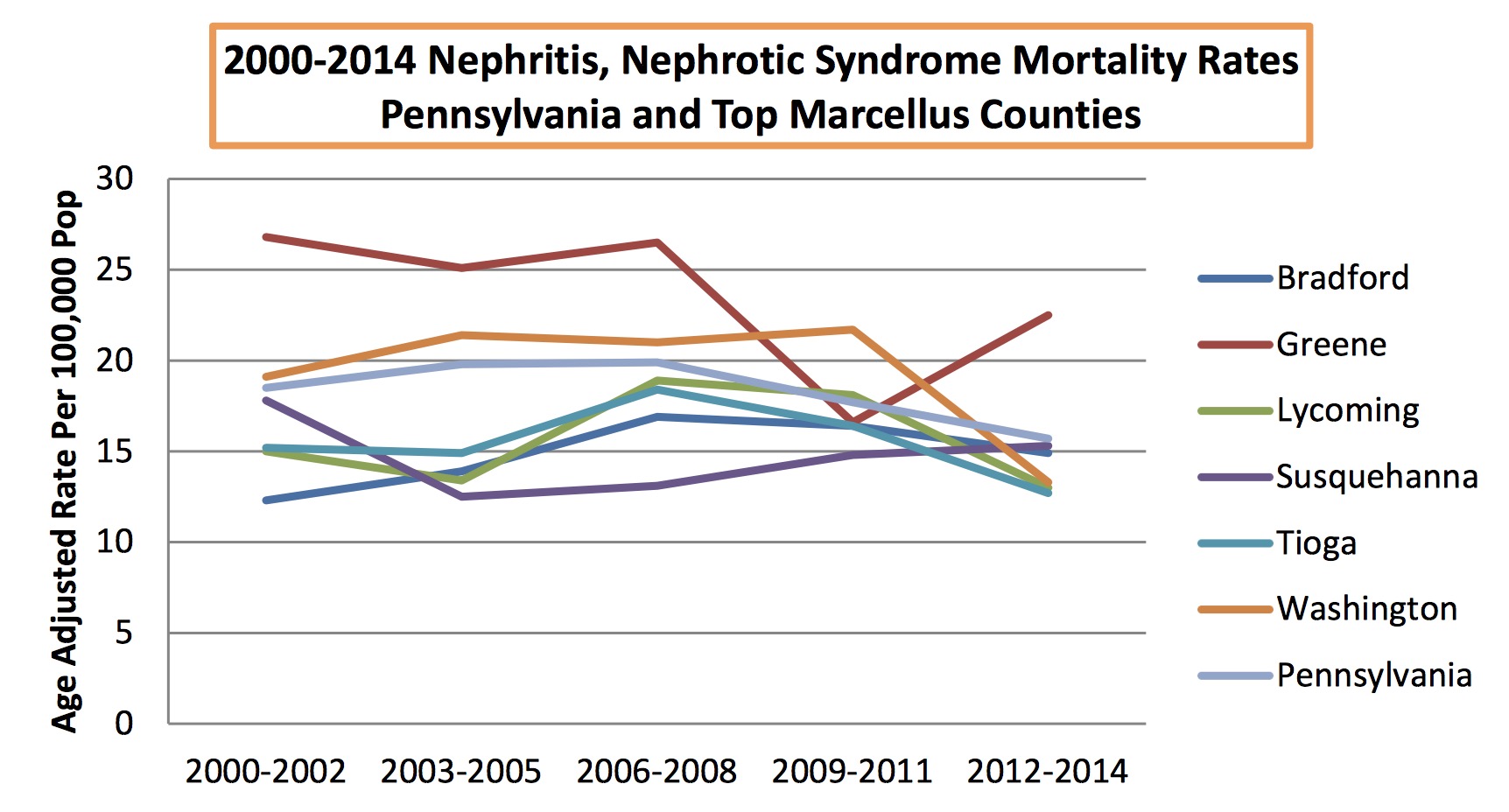 Which takes us back to the point of beginning:

Funny how that works, huh?