Governor Cuomo’s renewable plan for New York State’s energy will surely fail, as it has in Germany, making its people energy poor.

November’s election and the incoming President’s appointees have seeded the clouds in Central New York for a rain of Letters to the Editor regarding gas. The letters run the table on the evils of gas development (it’s-the-end-of-the-world) and Constitution Pipeline (it’s-the-end-of-the-world, only-closer.) The writers don’t believe gas will be our bridge fuel to the future.

Sorry to disappoint these folks, but natural gas is bridging the future right now, even as they’re putting pen to paper. Gas is providing this bridge without massive subsidies and hidden costs.

The Energy Information Agency (EIA) reports total US energy production – as measured in BTUs – has gone up 22% since 1996. Natural gas now accounts for about a third of those BTUs. Gas heats over 100 million homes in the US. Last spring gas surpassed coal as the primary fuel used in electric generation. In replacing oil and coal for heating and electric generation, gas has cleaned our air, lowering particulates, sulfur and nitrous oxides in our cities while bringing the national CO2 emissions to a 25 year low. Yes, Gas Deniers, the use of natural gas brought CO2 emissions down while total energy use, including gas, has expanded.

For all their vaunted concern for climate change, Europe’s focus on renewables hasn’t produced anything near the results accomplished of market-based, hydraulically fractured natural gas in the USA. Retail electricity in Europe costs three to four times the rates found in the USA. The costs are so high that’s there’s a whole class of people in Germany labeled the “energy poor.” They can’t afford to pay their electric bills. Industrial rates, controlled by the government, encourages crony capitalism. Favorite companies get favored rates. 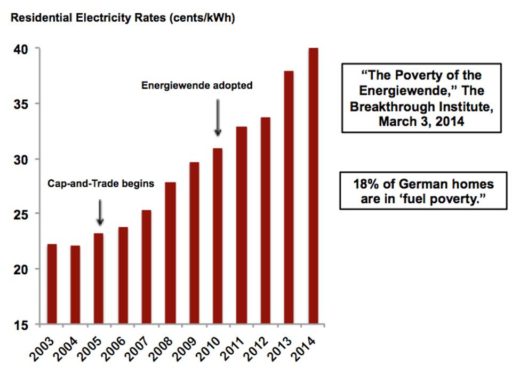 The environmental results? Germany’s CO2 emissions are still going up. While high-cost renewable energy gets priority use in the European system, “brown” coal generators are the primary back-up and must always remain fired up and on line to serve when renewables fail to meet load demands. After 16 years of “energiewende” policy and hundreds of billions of euros spent, Germany still only gets only 20% of its energy from wind and solar.

Our Governor wants to bring the European plan to New York. It’s outlined in his Reforming the Energy Vision (REV) strategy. Take a spare evening to thumb through its 57 pages. Written in the style of a time-share brochure, the business model is strictly “bait and switch,” with a dash of three-card monte.

To meet his “50 by 30” goals (50% renewable energy by 2030), the Governor dances through a thicket of government agencies, public and private entities, financial mechanisms, and on-the-fly strategies, trying to turn lead into gold. The “lead” is the wholesale price of NY wind and solar energy. For a preview of the future, consider the Long Island Solar Farm at Brookhaven, New York’s sole utility-grade solar power plant. It sold its electricity to the Long Island Power Authority in 2015 for 26.2 cents per kWh. The “gold” is New York’s 3.7 cents per kWh average cost of wholesale electricity in New York for 2015. 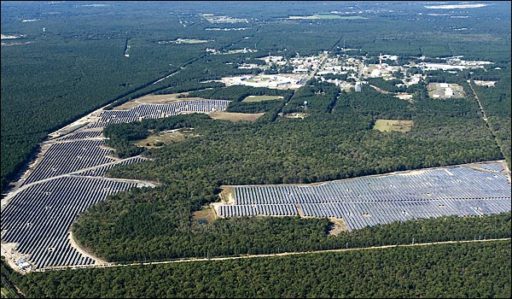 With a spread like this, the basic numbers won’t work.

The alchemy to achieve “50 by 30” can’t be done with current technology. If past experience tells us anything, it won’t be done economically with vague promises of “efficiencies to the system.” It shouldn’t be done with the upheaval in costs to the taxpayer and the ratepayer. It won’t be done on time with the inevitable legal road blocks it will encounter. Hopefully, voter outrage won’t allow it when they learn that they have a new taxing agency, the Public Service Commission, for whom they didn’t vote.

In the meantime, our Governor has built a legal moat around the State to keep a powerful (pun intended) engine of economic growth beyond the walls. That engine is affordable, flexible, scalable, cleaner natural gas. Upstaters need gas for heat and we need gas to power a resurgence of industry in the territories beyond the Tappan Zee Bridge.

So what purpose does the Governor’s strategy serve? Climate change? Climate change, man-made or otherwise, seems to be better off when we switch electric generation from coal to natural gas than when we spend billions to force a technology before its time.