An article in LoHud exposes the real life impacts of pipeline opposition and the lack of critical thinking abilities on the part of so many New Yorkers.

Yesterday, I noted a Westchester County, New York Assemblywoman by the name of Amy Paulin was experiencing some sort of awakening with respect to the impacts of Andrew Cuomo’s maddening pipeline opposition. They have resulted in ConEd imposing a moratorium on new gas connections. “We just can’t stop all economic development, all affordable housing projects, all residential development, which is what this moratorium will do,” she said.

Paulin was, of course, aiming her remarks at ConEd, rather than her fellow Democrat, the governor of New York. The message was, nonetheless, clear; Cuomo’s green appeasement strategy is starting to impact real lives and he’d better be more careful. It was a not so subtle suggestion to rethink his pipeline opposition.

An article in LoHud brings things into focus and here are a few of the moist relevant excerpts:

ConEd’s announcement may have come as a surprise to many but over the past two years, the company has repeatedly told state regulatory officials a moratorium was looming.

“The Company forecasts that in the near term it may be unable to meet demand from new customers on extremely cold days, resulting in the need to institute moratoriums on attaching new firm customers in areas where pipeline capacity is severely constrained,” the company wrote in a petition to the state Public Service Commission in September 2017.

ConEd noted that over the six years that ended in 2017, the utility’s natural gas peak day demand had increased more than 30 percent and it’s expected to grow an additional 23 percent in the next 20 years.

Much of that growth is being spurred by efforts to wean customers off dirtier heating oil options. Between 2011 and 2016, ConEd converted more than 6,500 buildings to natural gas, an effort the utility says has reduced greenhouse gas emissions.

“In short, natural gas is playing an important role in New York’s path to a clean energy future and has contributed to the highest air quality in New York City in the last 50 years,” the company noted.

ConEd contracts with six interstate pipelines which connect to the utility’s distribution system at multiple points. The company delivers gas to more than 1 million customers in New York City and parts of Westchester County through 4,300 miles of mains and 370,000 service lines.

In recent years, efforts to increase pipeline capacity [have] bogged down.

“Since 2014, the Company has worked with various pipelines to develop new projects that would increase the pipeline to New York City gates,” the company wrote in 2017. “When pipeline development projects in New York recently encountered increased difficulty in securing necessary pre-construction permits, the projects on which the Company was working were not considered viable and therefore not initiated.”

Unfortunately, this part of the article, which tells the truth of the situation doesn’t appear until towards the end of the article. Even then, it doesn’t squarely put the blame for the moratorium on Andrew Cuomo’s demagogic strategy of killing pipelines. It tends, instead, to suggest ConEd might be exaggerating its problems to leverage the situation and secure more gas. It gives radical Food & Water Watch a platform to argue that cutting of pipelines is essential to “get us off fossil fuels altogether” and implies, with no factual support, that renewables could easily substitute for natural gas, which isn’t even vaguely true.

What really stands out to me about this article, though, are two facets of the article.

The first is the real world pain of Cuomo’s misbegotten strategy of pipeline opposition. That comes through loud and clear in the comments made by builders and local officials which echo those made by Amy Paulin.

The second thing that comes through to someone like me reading the article from far across the other side of the Hudson River in Pennsylvania, is the extent to which New Yorkers are capable of denying reality, even in the direct face of it, for the sake of green political correctness. County Executive George Latimer suggests it could be just a matter of how the counting was done:

“We need to understand what led to this moratorium, how the calculation for gas is made, how many customers exist in each municipality, which slated projects are in jeopardy, which are not, the duration of the moratorium, how that calculation was determined, an overview of the regulatory process, and Con Edison’s plan for developing and implementing alternative energy sources,” Latimer said.

Notice there is no mention of Cuomo decisions to kill one pipeline after another to appease a handful of his green-obsessed Westchester County constituents; decisions solely responsible for the crisis. There’s a lot more of this head-in-the-sand mentality throughout the article. Even those most aware of the real problem are generally afraid to state the truth or express anything that’s not green certified. Therein lies the real problem, of course; trendy peer pressure demanding green conformity. 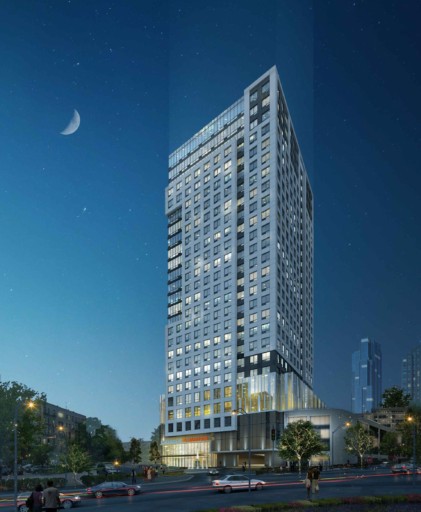 No, all eyes are averted from the reality there’s no way to economically heat the above 27-story mixed-use project in New Rochelle without natural gas or electricity made from gas. All ears are closed to the reality that it’s the governor, stupid!