Yesterday’s post from the Institute for Energy Research generated a comment from reader and guest blogger Mark Dye, who made a very cogent point about New York State’s hypocrisy with respect to energy facility siting, He observed people “care about is being coerced in to something and related a conversation he had with a NIMBY about New York’s Article 10 of the Public Service Law, which, contrary to the Court of Appeals decision in the Middlefield case, says the state can supersede local energy siting decisions if local zoning is “unreasonably burdensome.” Mark notes the fact the State could “force large renewable energy projects (larger than 25 MW) on her was an eye opener.” He makes a great point. 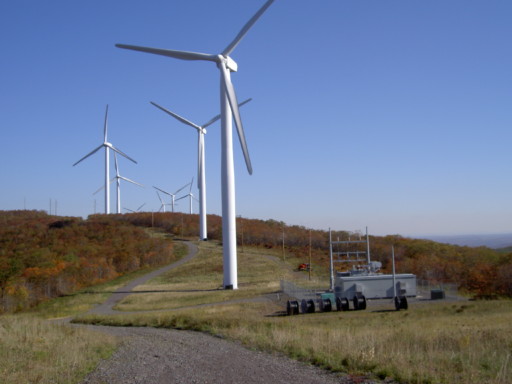 I’m familiar with Article 10 from work I did indirectly representing a wind energy company proposing an Upstate New York project. It’s been around a while and, for all intents and purposes, provides an out for companies facing serious headwinds to backyard wind farms. A company can seek approval from a municipality knowing that if things get rough it can simply bypass locals and go straight tom the State for approvals. A highlighted copy of Article 10 may be found here, but the key language is as follows (emphasis added):

The board may not grant a certificate for the construction or operation of a major electric generating facility, either as proposed or as modified by the board, unless the board determines that…

(e) the facility is designed to operate in compliance with applicable state and local laws and regulations issued thereunder concerning, among other matters, the environment, public health and safety, all of which shall be binding upon the applicant, except that the board may elect not to apply, in whole or in part, any local ordinance, law, resolution or other action or any regulation issued thereunder or any local standard or requirement, including, but not limited to, those relating to the interconnection to and use of water, electric, sewer, telecommunication, fuel and steam lines in public rights of way, which would be otherwise applicable if it finds that, as applied to the proposed facility, such is unreasonably burdensome in view of the existing technology or the needs of or costs to ratepayers whether located inside or outside of such municipality…

This provision covers 25 MW or higher facilities, which generally means wind projects but could also mean others. The New York State Board on Electric Generation Siting and the Environment (“Siting Board”) can force any municipality to accept backyard wind farms or other large renewables projects and the board is anything but objective.

The board consists of five individuals serving at the will of Andrew Cuomo, including reliable hacks Basil Seggos and Howard Zucker, plus the chair of NYSERDA, the head of the Department of Public Services and the President of Empire State Development. All are signed on to advance Cuomo’s renewables agenda. Municipalities can fight and perhaps have some influence around the edges, but the jig is up if they ask for anything significant.

This is Andrew Cuomo’s New York; home rule if it stops something he doesn’t like and state rule if home rule doesn’t. Of course, it’s really state rule in both instances, but that’s the point, isn’t. You only get “home rule” to do whatever it is that pleases the Governor. His commissioners and his Court of Appeals (judges are appointed by him) will see to it. Your rights as a NIMBY or just a concerned citizen mean nothing. You will get backyard wind farms and you will like it, just like you’ve been instructed.

You’ll also get and be forced to like projects like this one, approved by the board in January:

The New York State Board on Electric Generation Siting and the Environment (Siting Board) today granted approval to Cassadaga Wind LLC to build and operate a wind farm facility in Chautauqua County, New York…The 126 MW Cassadaga wind farm as approved will consist of up to 48 high-capacity, 500 feet tall wind turbines, together with associated transmission lines, both underground and above ground collection lines, access roads, meteorological towers, operation and maintenance building, collection and point of interconnect substations, and related facilities…Once built, the project would occupy about 77 acres.

So, Chautauqua County will get 48 structures, each roughly 50 stories tall, spread across 77 acres to produce not 126 MW of electric power when needed by approximately 32 MW at current wind energy capacity factor. That’s more than two acres per megawatt compared to a natural gas plant that might require one-half acre or less per MW. So, so smart and it could be in your backyard because, you know, it’s good for you (if you live Upstate).