Andrew Cuomo has put the New York State Public Service Commission into one of those movie scenes where walls are closing in and there is no way to escape.

Fossil fuel haters in New York successfully pressured New York Gov. Andrew Cuomo to reject the Williams Northeast Supply Enhancement (NESE) pipeline in May. And, as we reported two weeks ago, the same antis now insist Cuomo not allow *any* new quantities of natural gas get delivered to the Long Island and New York City vicinity by non-pipeline means. So what happens when gas supplies run out? 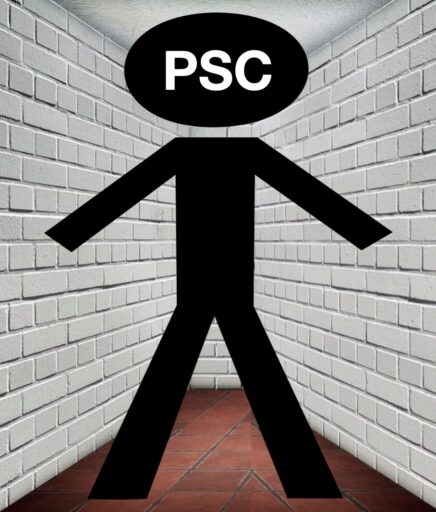 A previous plan outlined by National Grid proposed three potential options to meet the increasing demand for natural gas in the Greater New York area . The NESE pipeline was the best option. The utility is now left with more expensive options. Those options include importing LNG (likely from Russia because the Jones Act prevents U.S. LNG from being shipped domestically) via an offshore floating platform or an onshore terminal, and a mix of other measures like forcing people to lower their thermostats (euphemistically called “incremental energy efficiency”) and boosting gas coming from the Iroquois pipeline system via compressor upgrades.

Yet the wackos, drunk on their own success in bullying Cuomo, are telling him he must not allow any additional quantities of gas to come to NYC and Long Island, period.

Again we ask: Will these so-called activists lead by example? Will they voluntarily move out of apartments and houses that use natural gas for heat and cooking? Will they install electric heat in their apartments and pay for it? Of course not! They are the worst kind of hypocrites. They will be the first in line to cry and complain when the gas runs out (as it will) and they are sitting in the cold.

The New York Public Service Commission is now in a bind. The agency must approve, by the end of this month, one of National Grid’s proposed alternative solutions to the coming gas shortage. What will they do? Here’s how S&P Global Platts sees it:

The groups instead want New York to opt for non-infrastructure solutions, including energy efficiency and demand response measures and electric heating system adoption.

In a report mandated by the company’s settlement with the PSC over its 2019 gas moratorium, National Grid proposed a range of solutions to close a projected supply gap. In May, the company recommended two options: building Williams’ Northeast Supply Enhancement project, known as NESE, or a combination of new LNG vaporizers in Brooklyn, compression enhancements on the Iroquois system, and incremental energy efficiency and demand response.

Shortly after, the New York State Department of Environmental Conservation (DEC) rejected NESE’s application for a critical water quality permit, prompting Williams to shelve the project. In its decision, the DEC said “the continued long-term use of fossil fuels is inconsistent with the state’s laws and objectives and with the actions necessary to prevent the most severe impacts from climate change.”

In a June 8 letter to Cuomo signed by 160 environmental groups, the Alliance for a Green Economy called the LNG and pipeline compression options “false ‘solutions’” that “would serve the same purpose as the Williams Pipeline: to bring more methane gas into New York, frustrating the much needed transition away from fossil fuels.”

National Grid said the option is consistent with New York’s climate goals. It acknowledged that greenhouse gas emissions from LNG systems are typically 10% to 15% higher than pipeline infrastructure but noted the company would only tap the facility during times of high demand.

The option would see National Grid build two additional LNG vaporizers at its northern Brooklyn facility, which now has six vaporizers. The company was already aiming to upgrade the facility after more than 50 years of operation. The two vaporizers would cost about $59 million, add 60,000 Dt/day of capacity and could be in service by the end of 2021, the company said.

The overall option, including Iroquois compression enhancements and incremental energy efficiency and demand response, would add enough capacity to allow National Grid to continue hooking up new customers without interruption through the 2027-2028 winter season, the company said.

Editor’s Note: The New York Public Service Commission is, of course, completely under the thumb of Andrew Cuomo; a bunch of flacks and patsies who have no choice but to do his bidding. The only only thing even slightly in doubt is what he expects of them. Is he signaling he wants them to follow him into the energy netherworld and deal with the devil when he raises his ugly head (at which point Andrew Cuoruppto will shift gears to become the savior as he did previously) or is he expecting them to do the dirty work and approve LNG? Given the gullibility of New Yorkers, I’m betting on the former. He got away with it once, so why wouldn’t he try again? Con men don’t ever expect to get caught and that is always their Achilles’ heel, of course, but Andrew is still a hero in his own mind.