New York State is tumbling downhill, putting green virtue signaling ahead of economic, electricity and heating needs. All are being put under moratorium.

Consolidated Edison (Con Ed) and National Grid–both large utilities that operate in New York City and its suburbs–are warning that unless new natural gas pipelines are built to the NYC region, they will slap a moratorium on hooking up any new natgas customers. Andrew Cuomo’s chickens are now coming home to roost. 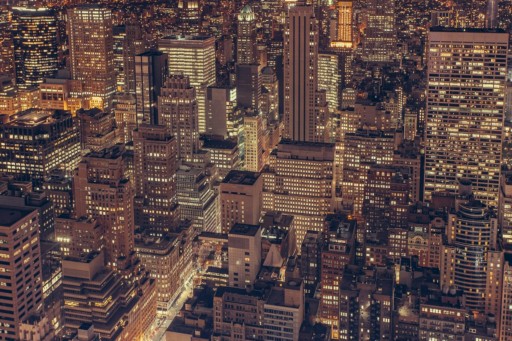 Westchester and New York City are under threat of no new gas customers. NYC is clamping down on apartment buildings that burn heavy fuel oil, forcing them to convert. You can rest assured they aren’t converting to electricity. They’re converting to natural gas. And, according to a Politico Daily Email (received Jan 15, 2019), that process is now in jeopardy, thanks to Andrew Cuomo (emphasis added).

Both Con Edison and National Grid say they may have to turn away new natural gas customers if new pipelines aren’t built, creating a collision course between Gov. Andrew Cuomo’s economic development and environmental priorities. Con Edison has been particularly aggressive in proposing alternatives to alleviate the need for new gas supplies, but even those projects — still pending approval — do not erase the potential for a moratorium on new natural gas installations in Westchester and New York City. Business groups are concerned about the impact of a moratorium on new residential and commercial construction and the state’s ability to attract businesses. “We have supported expanding the gas pipeline [system] … over the years to make sure there was no hiatus in development or in the ability to conduct business in New York City,” said Kathryn Wylde, the president and CEO of the Partnership for New York City. “Cities either grow or die and we are always concerned about anything that would discourage continued growth and clearly the threat that the supply of natural gas will be inadequate to support new business and development is a big concern.” A shortage of natural gas would make it far more difficult to negotiate the kind of deals the city and state cut last year with Amazon. Con Ed says there are no issues with gas supply in the city at the moment, but the utility forecasts potential moratoriums in the coming years. Needs are more urgent in southern Westchester County than in the city, the utility says.

… The company supports the state’s emissions reduction and renewable goals and has pushed alternatives like geothermal or renewable natural gas, Con Ed spokesperson Michael Clendenin said. “While innovative alternatives have been taking hold in our area, and continue to evolve with technological advancements, they are not enough to close the gap in meeting the growing demand for natural gas,” he said in a statement. “We have been working to avoid denying new gas connections, but that remains a possibility until new alternatives or additional gas delivery infrastructure can be developed.”

“Extreme weather is a reality. It is obvious across the globe. It is obvious to everyone with a television set,” he said. “New York will launch the Green New Deal to make New York’s electricity 100% carbon-neutral by 2040 and ultimately eliminate the state’s entire carbon footprint.”

Put aside the silliness and idiocy of equating television images of “extreme weather” with climate change. That’s 100% octane Cuomo demagoguery. It’s the 100% carbon-neutral pledge that matters. It talks “neutral” because, of course, Cuomo wants an out down the road that would allow New York to effectively buy some sort of carbon credits through higher taxation while it continues to use gas to produce electricity.

But, Cuomo also wants to squeeze as much gas out of the system as possible, further raising already astronomical electricity and natural gas prices that are the direct result of Cuomo’s anti-pipeline and anti-fracking policies. Check out this EIA/EID chart: 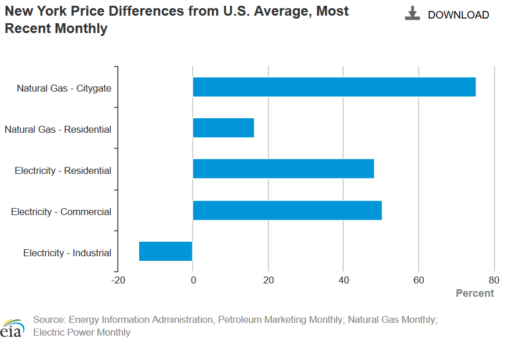 Cuomo’s green virtue signaling also means throwing out the few accomplishments New York has to its credit for reducing emissions; accomplishments such as NYU’s CoGen plant, profiled in this 2011 story:

Located beneath a renovated public plaza at 251 Mercer Street, the new CoGen plant approaches 90% energy efficiency while producing 13.4 megawatts of electricity—twice the output of the previous system.

Instead, Andrew Cuomo is appealing to these people,

and other New Yorkers are going to pay the price, quite literally.