Two recent commentaries on New York pipeline madness reveal it for what is; an insane pursuit of political correctness contradicted by a wealth of data.

Andrew Cuomo is not that smart. He does have street smarts, though, in the sense he’s adept at manipulating the situation at hand. He knows how to demagogue, how to take a short-term position that aligns himself with the whatever mob is moving about at the moment. He’s a highly skilled follower, not a true leader, in other words.

And, as a street smart sort of fellow he’s often successful in the short-term, but frequently leaves behind what turn out to be disasters after he’s left the scene. One only need to look at his role in creating the sub-prime housing crisis when he was HUD Secretary to see what I mean. Now, he’s engaged in what can only be described as New York pipeline madness and it’s impacting real people as Danny Barber explains below.

This New York pipeline madness has also been succinctly captured in two recent commentaries. The first is an editorial on the Joint Landowners Coalition of New York (JLCNY) website. Short, but very powerful (emphasis added), it is titled “The Ridiculous Reason New York Faces A Gas Shortage.”

Imagine: The biggest, most important city in America, cut off from new supplies of natural gas vital to its growth. Fact is, such a nightmare could be just a couple of weeks off.

National Grid has warned that unless Gov. Cuomo OKs a new pipeline through the New York Bay by May 15, it may have to turn away new gas customers in Queens, Brooklyn and Long Island. Con Ed has issued a similar warning.

Con Ed already placed a moratorium on new gas hookups in most of Westchester for lack of sufficient pipelines. And despite a recent deal for more gas from an existing line, the soonest that ban might be lifted, it now says, is . . . 2023.

To most sane people, a shortage of a key energy source in a city like New York would be unthinkable. Yet it’s the stated goal of enviro-radicals, who want to end the use of all fossil fuel by tomorrow, if not sooner. Let New Yorkers go without.

And Cuomo has been doing their bidding by killing new pipeline projects.

It’s crazy. After all, even if climate change could be slowed by a one-state ban on fossil fuel, New Yorkers would still need a transition period. Alternatives — wind, solar, geothermal — need to be developed and made more economical. Builders and property owners need time to prepare.

The worst fallout from giving up gas cold turkey, of course, is that it will choke growth. The Real Estate Board of New York’s John Banks warns of slowing development and “harm” to the economy. Queens Chamber of Commerce President Thomas Grech echoes this, fearing that “failure to act would be devastating.”

Plus, National Grid expects it’ll need to hike gas bills without the pipeline. Con Ed would likely find itself in a similar spot.

Pols pandering to the radicals have put pressure on Cuomo to nix the New York Bay pipeline. New Yorkers should pray he does the right thing — and ignores them.

Nicely done, this editorial concisely articulates what Governor Corruptocrat has wrought. But, this wasn’t the only voice of reason. Craig Stevens, a native of western New York and former senior adviser to US Energy Secretary Sam Bodman, and the spokesman for Grow America’s Infrastructure Now (GAIN) wrote a great opinion, but fact-filled, piece for the New York Post. Titled “The Deranged Drive to Choke New York’s Natural Gas Supply,” it offers equally compelling arguments:

Earlier this year, energy company Con Ed imposed a similar moratorium on new natural gas service in parts of Westchester County due to limited capacity on existing pipelines. These crises are completely avoidable.

This isn’t the first time political hurdles and bureaucracy have stalled pipeline construction in New York. The Constitution Pipeline, which was to carry natural gas 124 miles from Pennsylvania’s booming shale fields to consumers in New York, has been stalled for six years despite being approved by federal regulators in 2014. New York officials have used their authority under the Clean Water Act to prevent the much-needed infrastructure project from moving forward.

For too long, politicians like Gov. Andrew Cuomo and their ill-considered energy policies have hampered the development of safe, efficient energy infrastructure, subjecting American consumers to unnecessarily high energy costs and unreliable service. According to the Global Energy Institute, since 2010, New York’s statewide ban on fracking and opposition to new pipeline construction have led to a loss of more than $22 billion in GDP, nearly 200,000 full-time-equivalent job years and almost $5 billion in tax revenue…

Whether environmental activists like it or not, natural gas is an essential fuel in our everyday lives. Natural gas is responsible for generating more than 30 percent of the country’s electricity. It is used to heat buildings and water, cook and dry clothes.

The safest, most efficient and most environmentally conscious method of transporting natural gas is by pipeline. Despite this, environmental activists continue to move the goal posts.

Not long ago, activists backed natural gas, a clean-burning fuel largely responsible for reducing US carbon emissions even as global emissions climb. Now, some fringe activists protest that Cuomo — one of the staunchest opponents of energy infrastructure around — isn’t sufficiently anti-infrastructure. Where does it end?

…Even Ernest Moniz, US secretary of energy under President Barack Obama, has argued that natural gas will have a “fairly long run” in the drive to decarbonize the US economy, “because as more and more variable resources are brought into the electricity system, the more you are going to need natural gas for the balancing of that system.” The energy simply does not exist to supplant what activists are attempting to eliminate.

Moniz, the New York Post and the JLCNY all have it exactly correct. Three cheers for them. But, will Andrew Cuomo listen. It’s highly unlikely without something more, That something more isn’t the category of argument, facts or logic, though. None of these things moves most of us, despite their obvious importance. As Blaise Pascal said long ago, “imagination decides everything.” Imagination trumps knowledge and myths trump history as many insightful and philosophical writers have observed. This is what Andrew Cuomo understands at the street-fighter level, and what too many of us too easily forget.

This was brought home to me by a guest from Chester, Pennsylvania who attended the highly successful UDRBC Seminar last week. After Susquehanna County farmer Jim Barbour talked about how natural gas development had brought a new hospital to his area, our guest suggested one way to combat the imagination of fractivists spinning yarns against fracking and pipelines was to do a video of someone whose life had been saved by that hospital talking about it from the front steps and pointing out natural gas had built it. That is the sort  of message that inspires imagination as to what gas can do for a community. 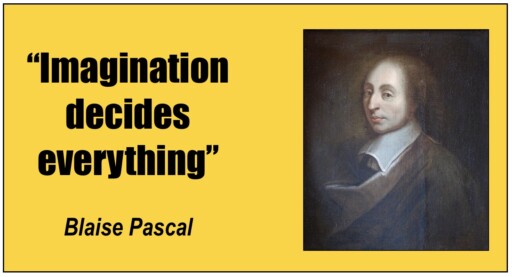 Let’s see video’s of upstate businesses forced to close by lack of the economic opportunity more natural gas would have delivered. Let’s produce some video of a young family who wants to buy a new home in Westchester County to raise their children but can’t because of Cuomo’s foolish policies. Let others imagine themselves in these situations. That’s how we turn the tide and turn back Andrew Cuomo and his New York pipeline madness.