Two New York State agencies are pushing a new “Transportation and Climate Initiative” without listening to anyone who disagrees with their mission and views.

On October 28, 2019, I attended the Buffalo NYS Public Participation Workshop on Regional Approaches to Climate and Transportation.  As I promised previously, this post describes the meeting. [Also available here.]

My over-whelming impression of this meeting is that the NYS Department of Environmental Conservation (DEC) and Department of Transportation (DOT) staff supporting the effort to develop a low-carbon transportation future believe that their public stakeholder process represents the will of the people.  I disagree with this characterization because my definition of “public” refers to society as a whole.  This stakeholder process has been confined to a limited and biased subset of the people based on my attendance at three meetings.  Please consider submitting a comment asking for costs which I think is the primary concern of the “public.”

According to the Transportation and Climate Initiative webpage:

“The Transportation and Climate Initiative (TCI) is a regional collaboration of 12 Northeast and Mid-Atlantic states and the District of Columbia that seeks to improve transportation, develop the clean energy economy and reduce carbon emissions from the transportation sector. The participating states are: Connecticut, Delaware, Maine, Maryland, Massachusetts, New Hampshire, New Jersey, New York, Pennsylvania, Rhode Island, Vermont, and Virginia.”

This meeting was part of New York’s response to the TCI and a component of the response to the state’s Climate Leadership and Community Protection Act (CLCPA).  In order to meet the “most aggressive” climate law transportation controls are needed on the sector because as shown in the New York State GHG Emissions 1990–2016 table it is has the most emissions of any sector.  Moreover, because the CLCPA is now the law DEC and DOT have to come up with a plan to make reductions from the sector.

The invitation to the meeting described the purpose and provided links to background information:

“The State Departments of Environmental Conservation (DEC) and Transportation (DOT) and the New York State Energy Research and Development Authority (NYSERDA) are conducting public outreach to inform New York’s participation in a multi-state initiative to reduce greenhouse gas emissions from the transportation sector with the Transportation and Climate Initiative (TCI). DEC, DOT, and NYSERDA are seeking input from the public regarding New York’s potential participation in a regional program designed to reduce emissions, boost the economy, improve public health, and achieve fair and equitable outcomes for underserved communities and transportation-related businesses.”

“In addition, DEC, DOT and NYSERDA are conducting public meetings to better understand various perspectives on New York’s potential participation in a regional policy. The agencies will also seek input on alternative or complementary strategies to reduce emissions from transportation.”

“Additional information is available on the DEC website https://www.dec.ny.gov/energy/99223.html.  Questions can be directed to climateandtransportation@dec.ny.gov.”

The agenda for the workshop that I attended had two main components.  After opening remarks that introduced speakers and introduced the topics, the first main component was “Key Elements of a Potential Regional Approach to Transportation and Climate”.  After a break the second component was a “Discussion on Investment Opportunities”.  The meeting ended with “suggestions, reflection and next steps”.

The description of the cap-and-invest program described their current thinking.  At this time, they plan to regulate state fuel suppliers of gasoline and on-road diesel.  That means the tank farms where distributors provide gasoline and diesel fuel that is sent to retail outlets will have to participate in the trading program.  They are doing analyses to determine the cap level and, as I understand it, the costs necessary to fund control programs to determine the rate of reductions that will be proposed.  Frankly, the lack of specificity for this aspect of the proposed framework is troubling and this meeting provided no details.

My primary interest in the meeting was the discussion of the multi-state process to develop a potential cap-and-invest program.  I have been involved with emissions marketing pollution control programs since 1990 and the Regional Greenhouse Gas Initiative (RGGI) since its inception over ten years ago so I wanted to see what they are thinking in the first half of the meeting.  In my opinion the proponents of a transportation cap-and-invest program overlook many of the lessons of RGGI.  Because they have to do something I took the opportunity to make the following suggestion for doing what I think will be least destructive and costly:

I think you should just go with a carbon tax rather than trying a cap and dividend program for the following reasons:

The second half of the meeting focused on the question “How could the proceeds from a cap-and-invest program promote cleaner transportation, improve public health, create economic opportunities, and enhance mobility?  While it is nice to come up with a list of possible investment projects such a list does not consider practicality and cost so I see little value in the exercise.  Faced with a two and a half hour ride home I left the meeting at the break.

As noted in the introduction my overall impression with this process is that the organizers and administrators truly believe that their public stakeholder process is representative of the “public.”  I disagree with this characterization because my definition of “public” refers to society as a whole and I have seen no indication that this topic has not been confined to a limited and biased subset of the public who have vested interests in transportation planning.  I base this impression on the three meetings I attended.

I went to the Georgetown Climate Center listening session in Albany, NY on April 9, 2018.  I don’t believe that there was public notice of the meeting because I got a call from NYS Department of Environmental Conservation Deputy Commissioner Jared Snyder asking why I wanted to attend.  He was clearly surprised that I knew about the meeting.  After assuring him that I would behave, I was allowed to attend.

When I showed up at the meeting, where I expected to be the only member of the public, I was surprised how many members of environmental organizations were present in addition to the regulatory agency people.   Whatever the motivation to check my rationale to participate, this was not an event that the general public knew about.

Notice for this meeting was provided in the NYS DEC e-mail distribution system and there was a press release, so the general public as a whole might have had the opportunity to hear about the meeting.  However, attendance at the meeting was limited to members of environmental organizations, staff from transit agencies in the region, other people with a vested interest in a clean transportation future, and me.

Because the Buffalo meeting did not include an opportunity to formally meet people and the attendance list was not published, I don’t know the background of the attendees.  However, the people I did know were mostly agency staff so at least a third were there as part of their job.

The meeting was hosted by PUSH Buffalo whose mission is “to mobilize residents to create strong neighborhoods with quality, affordable housing; to expand local hiring opportunities; and to advance economic and environmental justice in Buffalo”.  As a result, I think that the majority of the rest of the audience were in that demographic or environmental organizations.  I do believe that there were some industry people in attendance but did not hear from any of them while I was at the meeting.

Therefore, I think it is presumptuous to say that these meetings provide engagement from the public, which I define as including anyone outside the wonky world of future transportation policy especially as it pertains to environmental justice.  Moreover, the format of these meetings was more about “what are the things we can do for clean transportation options” than “how can we implement these options and at what cost?”.  None of the meetings I attended addressed implementation issues, feasibility concerns, or potential costs. 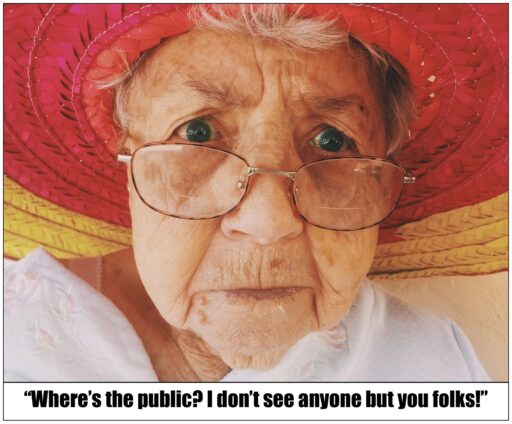 Roger Pielke Jr.’s Iron Law of Climate Policy states that “while people are often willing to pay some price for achieving environmental objectives, that willingness has its limits.”  I find it difficult to believe that the modeling mentioned at this meeting and described on the TCI webpage has not generated an estimated cost per gallon of fuel.  I believe that is an over-riding concern of the public so I suggest that asking for that information is entirely appropriate.

All you have to do is go to that link, fill out a few questions and then you can share your input with the Transportation and Climate Initiative.  I think a comment as simple as “I am concerned about the cost of this initiative and would like to know the expected cost increase to a gallon of gasoline.” from members of the public and not just the folks who go to these meetings would be effective.

By all means please consider making more extensive comments but the more people who ask for the costs the better.  New Yorkers could also send an email to climateandtransportation@dec.ny.gov asking for the expected cost.  I am not saying that they won’t ignore the request but at least they will be on notice that the public worries about the cost.

By the way I did wear my yellow vest so I may go down as the first such protester at a NY meeting.  I did not go out of my way to get a reaction from the meeting attendees but I did make my point.  Over the years I have made the acquaintance of many people at DEC including Deputy Director Jared Snyder and now retired DEC climate advocate Lois New.

I got to the meeting early and had a chance to make sure they understood I was wearing the vest because I think yellow vest protests are inevitable.  Their reaction was a mixture of amusement (curmudgeon Roger is joking around again) and amazement (I don’t think that either Jared or Lois have contact with very many people who don’t agree with their views on climate change so this kind of confrontation surprised them.)