Williams just released a very nice report from the Edward J. Bloustein School of Planning and Public Policy at Rutgers University documenting the prospective economic impacts of the company building something called the Northeast Supply Enhancement Pipeline project. Despite the boring name, this little 37-mile project, as it turns out, should have  “approximately $327 million in additional economic activity (GDP) in Pennsylvania, New Jersey and New York. In addition, the project will directly and indirectly generate 3,186 jobs during the one-year construction period.” You can read all about here.

These economic impacts, important as they are, don’t gauge the real significance of this project; New York fractivists need more of that natural gas produced in Pennsylvania through fracking. The pipeline merely responds to demand. 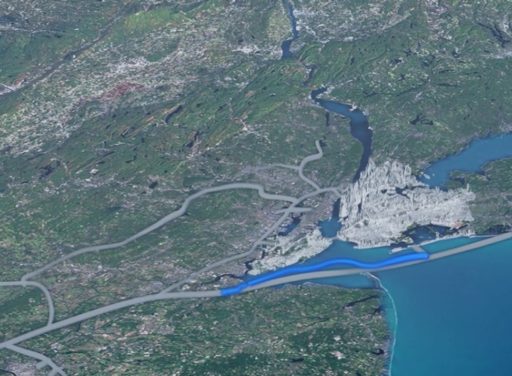 The Northeast Supply Enhancement Pipeline project, despite its short length, really isn’t that little. It’s going to involve over $1 billion of infrastructure investment to deliver a lot more “fracked gas” as they like to say, to New York fractivists:

The Rutgers University study was commissioned by Williams, which operates the Transco pipeline and currently transports about 50 percent of the natural gas consumed in New Jersey and New York City.

Filed with the Federal Energy Regulatory Commission in March 2017, the Northeast Supply Enhancement project is a proposed expansion of the existing Transco pipeline to increase natural gas deliveries to National Grid – the largest distributor of natural gas in the northeastern U.S. – in time for the 2019/2020 winter heating season. Once complete, the project will help meet the growing natural gas demand in the Northeast, including the 1.8 million customers served by National Grid in Brooklyn, Queens, Staten Island and Long Island.

Not all fractivists are New York fractivists, of course, and no one ever said all New Yorkers are fractivists, even downstate, but a huge amount of the anti-fracking rhetoric, funding and demagoguery regarding fracking comes from the Empire State. Yet, it uses ever more natural gas and the Northeast Supply Enhancement Pipeline project is intended to deliver that fracked gas to New Yorkers.

New York’s appetite for natural gas is increasing as consumers continue to phase out the use of heavy fuel oils. In April 2015, New York City Mayor Bill de Blasio announced sweeping goals to curb city emissions 80 percent by 2050, which includes phasing out the use of No. 4 fuel oil by 2030. The Northeast Supply Enhancement project creates energy infrastructure to provide access to important natural supply necessary to help meet these aggressive clean air goals.

With natural gas’ relatively lower-carbon emissions (compared to higher-carbon fuel sources), this project has the potential to displace up to 15.6 million tons of CO2 – which is like removing 3 million passenger cars from roadways – annually.

So, not only will the project meet a growing appetite by New York fractivists for fracked gas, it’s also going to clean their air! There is no place like New York when it comes to seeing the “watch we do, not what we say” rule of thumb when it comes to politics.

6 thoughts on “So New York Fractivists Need More Gas? Say It Ain’t So!”