New York climate plans will have no discernible impact on climate. Is this why proposed legislation doesn’t attempt to quantitative global warming impacts?

In the 2019-2020 regular sessions the New York State (NYS) legislature is debating the Climate and Community Protection Act (CCPA). This post calculates how much this legislation will reduce global warming.

The legislation definitions include “Greenhouse gas” means carbon dioxide, methane, nitrous oxide, hydrofluorocarbons, perfluorocarbons, sulfur hexafluoride, and any other substance emitted into the air that may be reasonably anticipated to cause or contribute to anthropogenic climate change.

No later than one year after the effective date of this article, the department shall, pursuant to rules and regulations promulgated after at least one public hearing, establish a statewide greenhouse gas emissions limit as a percentage of 1990 emissions, as estimated pursuant to section 75-0105 of this article, as follows:

In the absence of any official quantitative estimate of the impact on global warming from CCPA or any other New York State initiative related to climate change I did my own calculation. I simply adapted data for this emission reduction from the calculations in Analysis of US and State-By-State Carbon Dioxide Emissions and Potential “Savings” In Future Global Temperature and Global Sea Level Rise.

This analysis of U.S. and state by state carbon dioxide 2010 emissions relative to global emissions quantifies the relative numbers and the potential “savings” in future global temperature and global sea level rise.   These estimates are based on the MAGICC: Model for the Assessment of Greenhouse-gas Induced Climate Change) so they represent projected changes based on the Intergovernmental Panel on Climate Change estimates. 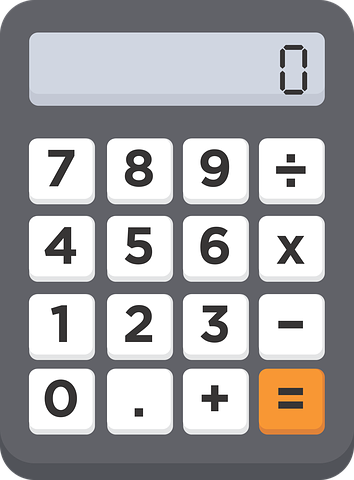 All I did in my calculation was to pro-rate the United States impacts by the ratio of New York emissions divided by United States emissions to determine the effects of a complete cessation of all CO2 emissions in New York State in 1990 proposed in the CCPA plan.

The New York impacts were calculated by the ratio of the NY emissions reductions to the US reductions in the report. For example, the NY % of global total emissions equals the % of US global total (17.88%) times the CCPA reduction emissions goal (218.1) divided by the US emissions (5631.3). The CCPA Potential “Savings” in Future Global Temperature Table lists the results.

These calculations show current growth rate in CO2 emissions from other countries of the world will quickly subsume New York total emissions much less any reductions in New York CO2 emissions. According to data from the U.S. Energy Information Administration (EIA) and based on trends in CO2, these emission reductions will be subsumed by global emissions growth in 79 days.

Furthermore, using assumptions based on the Intergovernmental Panel on Climate Change (IPCC) Assessment Reports we can estimate the actual impact to global warming for CCPA. The ultimate impact of the CCPA 100% reduction of 218.1 million metric tons on projected global temperature rise would be a reduction, or a “savings,” of approximately 0.0032°C by the year 2050 and 0.0067°C by the year 2100.

These small numbers have to be put in context. First consider temperature measuring guidance. The National Oceanic & Atmospheric Administration’s Requirements and Standards for NWS Climate Observations states that: “The observer will round the entered data to whole units Fahrenheit”. The nearest whole degree Fahrenheit (0.55°C) is over one hundred seventy times greater than the projected change in temperature in 2050.

Although this change is too small to measure I am sure some will argue that there will, nonetheless, be some effect on the purported impacts. However if these numbers are put into perspective of temperatures we routinely feel then that argument seems hollow. For example, in Syracuse NY the record high temperature is 102°F and the record low temperature is -26°F so the difference is 128 °F which is over 27,000 times greater than the predicted change in temperature in 2050.

I do not think that there is any question why the State has not provided a quantitative estimate of the impact on global warming from CCPA or any other New York State initiative related to climate change.

Clearly, we can expect no discernible impact. The calculated values provided in this post are based on the “consensus” estimates of the Intergovernmental Panel on Climate Change which I personally believe over-estimate the impact of temperature changes caused by greenhouse gas emissions but do represent the justification for the CCPA.

As shown here, claiming any observable impacts for the projected small change in temperature due to these emissions reductions is a stretch at best.

Editor’s Note: Roger’s analysis of the numbers illustrates New York’s proposed Climate and Community Protection Act is nothing more than demagogic propaganda. If New York State legislators truly wanted to impact global warming they would be reversing Governor Cuomo’s fracking ban and directing him to stop playing politics with pipeline water quality certifications. That would clear the way to getting more gas to New York City to replace heavy oil. More importantly, it would send a powerful signal to the rest of the world that gas is the only thing to have made a dime’s worth of difference in CO2 emissions worldwide.

5 thoughts on “New York Climate Plans Will Have No Discernible Impact — On the Climate!”