When it comes to energy, there are few people with more analytical skills than Robert Bryce of the Manhattan Institute. I’ve heard him speak and he gets in ways that few others do, because he is a master of the facts. His recent analysis of the New York CCPA in the New York Post shows what a cruel joke the whole thing is on New Yorkers. 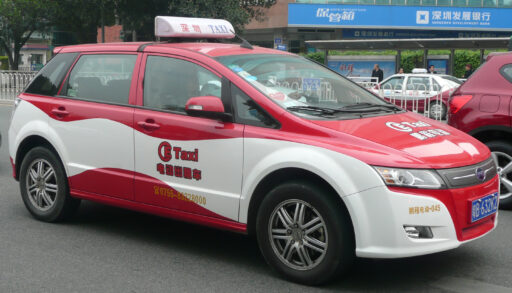 What New Yorkers can expect to see…Chinese coal cars.

The focus of Bryce’s article is electric cars and the completely unrealizable mandates of the New York CCPA in that regard, but the message is much bigger. Here are the key excerpts (emphasis added):

The Climate Leadership and Community Protection Act was hailed by activists as a great achievement to address climate change. It will require untold billions to remake the state’s electric grid and overhaul the residential, commercial and industrial sectors. It’ll also require overhauling the transportation sector — and that’s where things get dodgy.

Converting the state’s cars, trucks and buses from oil to electricity will require New York to gobble up huge portions of the world’s supply of materials like cobalt and neodymium, which will make the state’s auto fleet heavily reliant on a single supplier: China.

The CCPA requires New York to slash its greenhouse gas emissions by 85% by 2050. Transportation accounts for about one-third of that output.

Slashing transportation emissions will require electrifying nearly all of New York’s 11.3 million motor vehicles. What would that mean? We can get an estimate by looking at a remarkable June 3 letter that was sent to the British government by professor Richard Herrington, the head of earth sciences at the Natural History Museum in London, and seven colleagues.

Herrington and his colleagues looked at the UK’s climate goals and the requirement that all its vehicles be converted to electricity by 2050. They found doing so would require two times the total annual world cobalt production, nearly the entire world production of neodymium, three quarters the world’s lithium production and at least half of the world’s copper production during 2018. Remember, that’s just for the UK!

New York’s automotive fleet is about a third the size of Britain’s. So if we use Herrington’s estimates, converting all of the Empire State’s vehicles to electricity will require roughly 60% of the world’s cobalt production, 30% of global neodymium, a quarter of global lithium and 15% of all copper production.

Who controls those commodities? The copper market is fairly well diversified. But China controls about half of global lithium production and about 85% of the world’s supply of cobalt, a critical ingredient in the batteries used in electric vehicles. China also mines about 70% of the world’s supply of “rare earths,” including neodymium, which is an essential ingredient in electric motors.

China’s dominance of the cobalt and rare-earth industries has allowed it to become a leader in electric vehicle manufacturing and deployment. And it doesn’t plan to cede that leadership role…

Even if cobalt, neodymium and the other commodities needed to produce millions of electric vehicles were widely available — and not controlled by the Chinese government — mining and smelting the vast quantities of material needed to make those automobiles will itself require enormous amounts of energy, and therefore mean more carbon dioxide emissions…

In other words, regardless of lawmakers’ good intentions, there’s still no such thing as a free lunch — in the energy sector or anywhere else.

There’s an additional point to be made as well. An electric car in China is a coal car and China is plowing ahead with more and more coal:

Despite pledging allegiance to the Paris climate agreement and promising to cut down carbon dioxide emissions, China’s love affair with coal continues to blossom. The country accounts for 46 percent of global coal production and 51 percent of global coal demand. It is the highest emitter of carbon dioxide, almost twice as much as the second largest emitter, the United States…

While pro-alarmist media keep suggesting that coal production will decline in coming years, there are no signs of slowdown.

Coal production in China reached a three-year high in 2018, at 3.55 billion tonnes (5.2 percent higher than 2017). It is estimated that China has approved at least $ 6.64 billion towards new coal mining projects in 2018 and increased its coal mining capacity by 194 million tonnes in 2018 alone.

In addition to these, the country has approved new coal mines with a capacity of 1.03 billion tonnes per year, which will go operational in the next few years.

China is ranked third for highest coal share in electricity generation, second for the total share of coal in primary energy supply, and second in imports of coal.

The country however, ranks number one for the total capacity of coal-fired plants. In addition to the existing plants, Beijing is aggressively building a large number of new coal plants.

China Electricity Council (CEC) has proposed to increase the country’s coal power capacity in the next decade by 290 GW on current levels, eventually resulting in a total capacity of 1300 Gigawatts by 2030. That translates to anywhere between 300 and 500 new coal power plants by 2030, or a new coal plant every 14 days.

So, what we have with the New York CCPA is a buy-in to China’s program to sell us coal cars it manufactures using the rare earth minerals it controls. And, as Bryce notes:

Even if cobalt, neodymium and the other commodities needed to produce millions of electric vehicles were widely available — and not controlled by the Chinese government — mining and smelting the vast quantities of material needed to make those automobiles will itself require enormous amounts of energy, and therefore mean more carbon dioxide emissions.

Granted, these cars are less and less likely to be powered by coal here in the U.S., thanks to the shale revolution, but they will stay make us more dependent on China during an era when, ironically, we have slipped the surly bonds of foreign oil dependence. That and the amorphous rewards of green virtue signaling are all the CCPA will deliver, except for little or no effect on emissions globally and, of course, much higher electric prices for New Yorkers.

5 thoughts on “New York CCPA Is All Hat and No Cattle, Empty Green Virtue Signaling”