New York City is wholly dependent on others to provide its energy and it’s now much cleaner air is thanks to natural gas but these truths cannot be uttered.

Chris Denton hit a home run the other day with his post here about “Why Upstate New York Feels Unwelcome in its Own State.” The post has, at this writing, some 7,000 Facebook likes, which speaks to what a wonderful piece of writing it was. Why did was this post so popular? Because, I think, it captured the frustration of Upstate New Yorkers at the condescension with a New York Daily News editorial that shows how completely so many New York City residents are disconnected from reality. 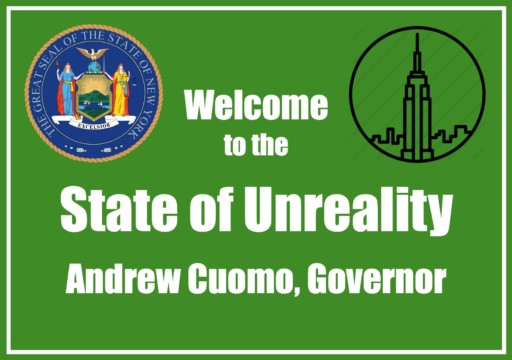 By reality, I mean the truth about how greater New York City thrives and prospers; because the rest of the state and other nearby states to whom it condescends, supply all its food, energy and other mainstays. It could not exist without what others produce for it and, yet, displays an ignorance so blatant as to be unbelievable to the folks on which it depends. I recognize persuasion isn’t usually accomplished by calling the party you hope to persuade ignorant, but these aren’t people we can persuade in the normal fashion. They must learn on their own and it’s happening.

Across the suburbs north of New York City, clusters of luxury towers are rising around commuter rail stations, designed to lure young workers seeking easy access to Manhattan. In all, 16,000 apartments and condominiums are in the works in more than a dozen towns, along with spaces for restaurants and shops.

But the boom unfolding in Westchester County is under threat — not from any not-in-my-backyard opposition or a slumping real estate market.

Instead, it is coming from something unexpected: a lack of natural gas.

Con Edison, the region’s main utility, says its existing network of pipelines cannot satisfy an increasing demand for the fuel.

As a result, the utility has taken the extreme step of imposing a moratorium on new gas hookups in a large swath of Westchester, including for residential buildings planned in Yonkers, White Plains and New Rochelle. The only other places in the country with similar restrictions are in Massachusetts, gas industry officials said…

There is an ample supply of natural gas in the United States, but opposition to building or expanding interstate pipelines has caused delivery challenges in the Northeast, according to industry officials. Two counties in western Massachusetts have had a moratorium on new gas hookups since 2014.

In Westchester, Con Ed’s moratorium, which is primarily concentrated in the southern section of the county, has set off anger and panic among developers and elected leaders who say it has left dozens of projects in limbo, creating uncertainty about housing, jobs and the area’s economic future…

But Con Ed’s decision has also been met with deep skepticism — many elected leaders and residents question whether the utility is creating a crisis to make it easier to win approval from the Cuomo administration for new pipelines. State regulators with the power to force Con Ed to lift the moratorium are reviewing the situation…

Gov. Andrew M. Cuomo lives in Mount Kisco, a town included in Con Edison’s moratorium, and wants the state to move away from fossil fuels toward cleaner energy, like wind. He has banned fracking, a process to extract gas from shale rock, and two years ago his administration rejected a major interstate pipeline project, saying its construction would endanger wetlands.

That rejection, Con Ed officials said, cast a chill over the gas industry and has made it difficult for the utility to entice any pipeline developers willing to build in Westchester. State officials also turned down a proposal by Con Ed to help finance a new pipeline, utility officials said.

That “something unexpected, a lack of natural gas” comment speaks to the blindness of the New York City and environs (of which Westchester County is one), and the New York Times, to reality. What did they think would happen when Cuomo banned fracking and killed pipelines?

Did they imagine intermittent solar and wind facilities spread over the land and the sea as far as the eye can see would appear from nowhere to fill the gap?

Did they suppose a new electrical grid capable of delivering the power would be allowed to come down the Hudson Valley, where even pumped storage hydroelectric projects failed to pass the gentry class smell test?

Did they think Elon Musk would bulldoze over half of Northern New Jersey to install a giant energy storage complex capable of powering the city when when the sun goes down and the winds die?

Well, those are the kinds of things that would have to happen to forestall the current moratorium on gas connections in the absence of the pipelines Andrew Cuomo keeps killing. Moreover, his pitiful attempt to throw a small pile of taxpayer money at the problem offering a “package of incentives, including grants, for developers and residents in Westchester seeking clean-energy systems” couldn’t possible make a difference in the short-term or much in the long-term either. It was an attempt to bind the self-inflicted wounds of incompetence with a badge of political correctness. The people need natural gas and he threw them cake from Wal-Mart while telling everyone it was ConEd’s fault and he’d investigate. Like O.J. Simpson, he’s on a mission to find the pipeline killer.

Meanwhile, natural gas has dramatically improved the air quality in New York City, lowered CO2 missions faster than anyone hoped, delivered inexpensive energy and made life itself possible in the Big Apple. No good deed goes unpunished in a state of unreality.

6 thoughts on “New York, A State of Unreality, Where the Truth Dare Not Be Uttered”