So much of what counts for public debate is pure demagoguery. It’s hardly a new phenomenon but it seems to have now infected official language as well as general public discourse. No better example exists than the Delaware River Basin Commission (DRBC) justification for its proposed fracking ban, which is a wholly political document. It’s also dishonest, as I explained here, but, more than that, it employs the classic fractivist maneuver of throwing out data without context or analysis to leave the impression of massive impact for that which is insignificant. That’s especially the case with water use. 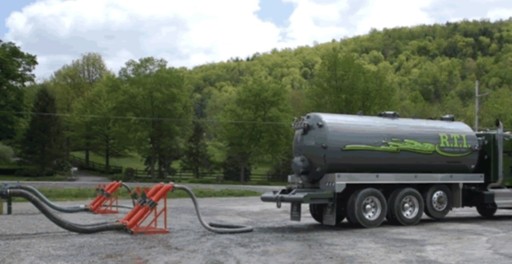 Here’s what that DRBC justification says about water use (emphasis added):

The acquisition of water for use in HVHF may result in modifications to groundwater levels, surface water levels, and stream flows…

According to EPA, the median volume of water used per well fracturing event in Pennsylvania between January 2011 and February 2013 was 4.18 million gallons. EPA further reports that in at least 10 percent of cases, the water use in Pennsylvania during the same period was over 6.6 million gallons per well. EPA has reported that in the Marcellus formation in Pennsylvania, 82 to 90 percent of the base fluid used for hydraulic fracturing is fresh water that is naturally occurring and that the remaining base fluids (10 to 18 percent) are reused and recycled produced water.

Advances in horizontal drilling technology are leading to longer drill paths and the need for more fracturing fluid volumes for each path. According to SRBC, when the industry began lengthening its lateral well bores in 2013, the average amount of water used per fracturing event increased to approximately 5.1 to 6.5 million gallons per fracturing event.

Withdrawals from surface and ground water in the amounts required for HVHF may adversely affect aquatic ecosystems and river channel and riparian resources downstream, including wetlands, and may diminish the quantity of water stored in an aquifer or a stream’s capacity to assimilate pollutants. Because HVHF operations may significantly increase the volume of water withdrawn in a localized area, they may ultimately upset the balance between the demand on water resources and the availability of those resources for uses protected by the Commission’s comprehensive plan, particularly during periods of low precipitation or drought.

There are several problems with this, beginning with the fact no attempt is made to quantify the total amount of water that might be required or to relate it to water availability. We’re only told it could take roughly 6.5 million gallons of water per frack job with no indication of what that means. We can’t know, in fact, without a reasonable estimate of the number of wells that might be involved.

Clearly, any gas drilling in the Delaware River Basin would be limited, probably no more than a couple of dozen wells per year, which means we might be talking about 150 million gallons or so annually against a Delaware River that flows 8.5 billion gallons of water per hour on average past Damascus Township, Wayne County, Pennsylvania. Whether I’m right or wrong; no such analysis has been done, as that would ruin any potential hysteria from citing what sounds like a breathtaking 6.5 million gallons. The DRBC is happy to quote the SRBC water data in the abstract but never looked at this SRBC chart showing natural gas development only accounted for 27.2 millions gallons per day throughout a region with thousands more wells than the Delaware would ever have: 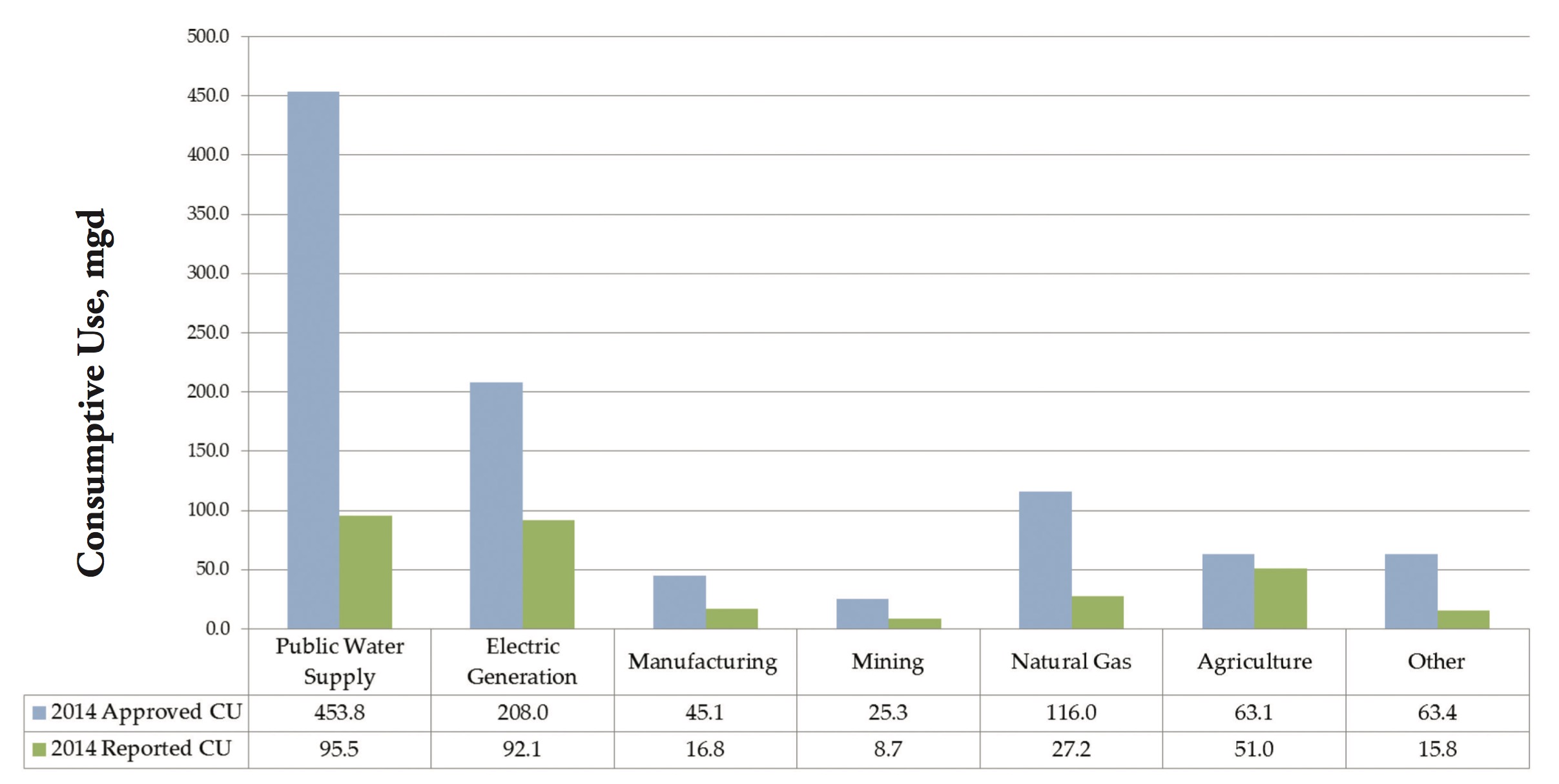 We’re also slyly told the water use could increase with longer laterals, ignoring the fact the number of wells decreases as lateral lengths increase, such that water is unaffected in the real world. This is the nature of the DRBC’s disingenuous presentation of its rationale for a fracking ban. But, there’s something else.

That something else is the waste of water by public water supplies with major leaks in their systems. New York City, for example, which has stolen much of the water belonging to the Delaware, wastes 35 million gallons per day on just two massive leaks. Then, there are New Jersey water losses, recently studied by Daniel J. Van Abs, an Associate Professor of Practice for Water, Society, and Environment at the Rutgers School of Environmental and Biological Sciences (emphasis added):

I recently published a report for the New Jersey Department of Environmental Protection (NJDEP) on water demands in the year 2040. The NJDEP commissioned this report to support future improvements to the New Jersey Statewide Water Supply Plan. As part of this project, I assessed the “nonrevenue water” of the water utilities that serve New Jersey. Nonrevenue water includes real water losses, the water leakage from utility pipelines and customer service lines (the smaller lines from the curb to the building that are owned by the property owners, not the utilities). Nonrevenue water also includes legitimate uses that are not metered, such as firefighting, and apparent losses caused by problems with meters, billing systems, and the like. In New Jersey, roughly 80 percent of nonrevenue water is real water losses.

The results show that we have many utilities with low rates of nonrevenue water, at less than five percent or 10 percent, which means that they have low real-water losses as well. However, there also are many utilities with much higher levels of nonrevenue water, including some with over 40 percent or 50 percent. Statewide, our estimate of total nonrevenue water from all New Jersey water utilities is an average of 190 million gallons per day (MGD), or nearly 20 percent of total water produced, and roughly 160 MGD of that are real losses to leakage, where water put into the system never makes it to a legitimate use. That is too high.

I’ll say. That 160 million gallons per day of New Jersey water losses due to leakage is enough to hydraulically fracture 25 gas wells every single day — over 9,000 wells per year, which is roughly three times the number of wells hydraulically fractured in the Susquehanna River Basin over a decade. Now, that’s perspective and it tells us the DRBC concerns with the amount of water used in fracking as phony as Josh Fox’s fake $100,000 offer.